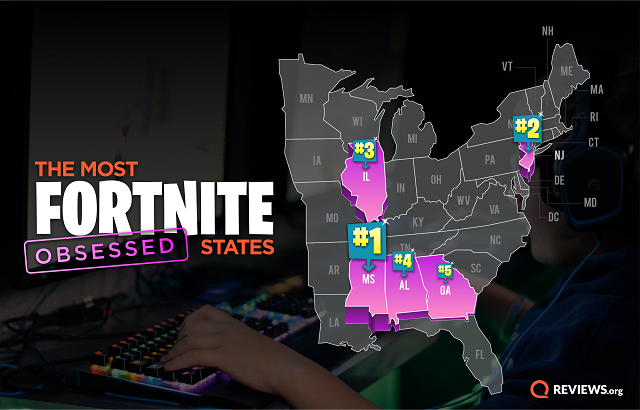 Whether or not you’re a video game player, you’ve likely heard of the game Fortnite. Fortnite is arguably the most popular video game out there, with more than 250 million registered accounts. Because of its popularity, the team at Reviews.org wanted to discover which states are the most Fornite-obsessed.

Alabama ranked as no. 4 most Fortnite-obsessed state in 2019.

You can check out the full report here: www.reviews.org/trends/most-fortnite-obsessed-states/