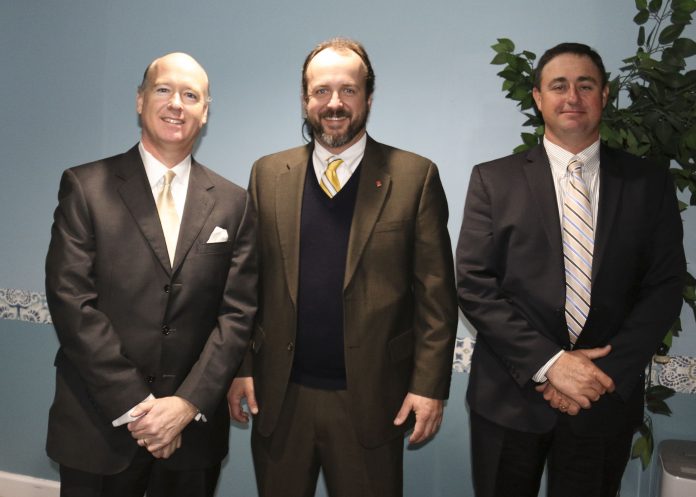 Federation President Jimmy Parnell said the conference is valuable to members as well as congressional and agency leaders.

“This was our first trip to D.C.,” said Lee, who was accompanied by wife Linda. “It was kind of overwhelming in some ways when you come from a little town like Addison, Alabama, but the access we had was amazing. We met with Congressmen (Robert) Aderholt  and staff from several agencies and other congressional members. In addition to sharing our needs and concerns, it also allowed us to encourage them and show appreciation for the job they do representing us.”

U.S. Rep. Glenn “G.T.” Thompson, R-Pennsylvania, spoke about the importance of workforce development with the 150 Alabama farmers. He was appointed to the House Committee on Education & Workforce in 2008 and is serving his fourth term as co-chairman of the bipartisan Congressional Career and Technical Education Caucus. He introduced the Career and Technical Education for the 21st century Act that passed the House and Senate unanimously and was signed into law by President Trump last year.

“You are welcome here,” Wheeler told the Alabama group. “Let us know what your problems are. We want to hear from you, and we’re here to help you. Thank you for not being afraid to come see us at EPA.”

The Federation hosted a barbecue reception for congressmen, staffers and agency officials March 6, allowing members to interact with many of those who help develop and implement farm policy.

Greg Ibach, USDA’s under secretary for marketing and regulatory programs, addressed farmers at the reception as did several members of Alabama’s congressional delegation.

Earlier that day, each of Alabama’s seven U.S. Representatives attended breakfast meetings with their constituents to discuss issues of local and national relevance.

Other highlights of the conference included a welcome dinner cruise along the Potomac River and a moonlight monument tour.