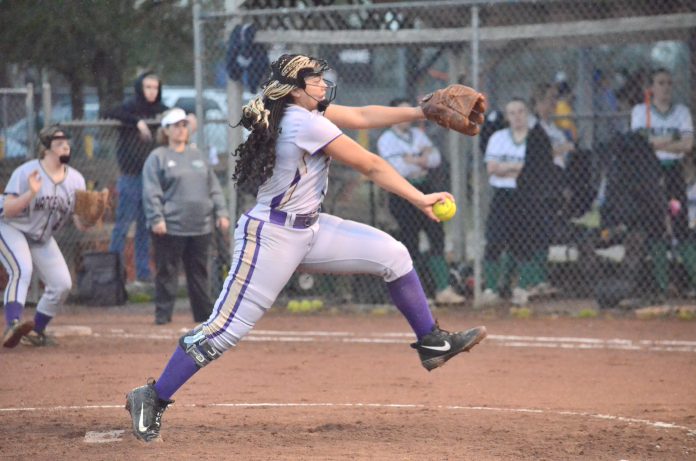 HANCEVILLE, Ala. – A handful of area softball teams made their way to C.W. Day Park in Hanceville Friday night for this year’s Umpire’s Tournament. Addison, Cold Springs, Fairview, Holly Pond, Good Hope and Vinemont all fought through the rain to compete in this year’s field.

Skylar Tucker made it 2-0 in the bottom of the first with a 2-run shot over the center field fence and Bailey Swann stretched the lead to 3-0 when she scored on a wild pitch.

Tucker made it 4-0 with an RBI single in the bottom of the second and Good Hope held the Lady Aggies scoreless the rest of the way to win it.

Sidnie English started the game on the mound for the Lady Raiders and allowed just two hits in the 4-0 win. Tucker was two for two at the plate with three RBIs and Morgan Goodwin collected two hits as well.

An RBI triple off the bat of Skylar Tucker gave Good Hope a 1-0 lead in the top of the first and Bailey Swann made it 2-0 with an RBI double in the top of the third. Sidnie English extended the lead to 3-0 with a sacrifice fly RBI and another sac. fly RBI from Sklyar Tucker helped the Lady Raiders to pull away and win it 4-0.

English got the start for Good Hope and allowed just three hits and collected five strikeouts in her second shutout win of the night. Jacqueline Hays and Swann each posted two hits in the win and Tucker led the team with two RBIs.

Katie Ball put the Lady Aggies up 2-0 with a home run in the top of the first but Meek took the momentum right back in the bottom half of the inning with a 3-run bomb from Abby Phillips.

A sacrifice fly from Brooke Cleghorn made it 4-2 and three straight walks brought in another run to give the Lady Tigers a 5-2 lead that Fairview couldn’t overcome.

Phillips finished the game with four of her team’s five RBIs in the win and recorded Meek’s only hit of the game. Ball collected two RBIs in the Fairview loss and Daisy Manasco and Alyssa Wooten each posted a hit as well.

An RBI single from Emily Williams gave the Lady Eagles an early 1-0 lead in the top of the second and Cold Springs continued to pour it on. RBI singles from Crimson Gann, Kyla Aaron and Brooks Stephenson and another run on a Vinemont error made it 6-0 and Cold Springs pulled away to win it 10-0.

A pair of walks forced in another run and trimmed the lead to 0-2 but the Lady Eagles couldn’t get any closer than that and the Lady Yellow Jackets pulled away to win it.

Gable and Maddie Oliver each collected a hit and an RBI for Vinemont in the loss.

Anna Freeman Voce gave the Lady Eagles an early lead with an RBI single in the top of the first, but they couldn’t get back on the scoreboard after that. RBI singles from Makenzie Veal, Brooklyn Owens and Maddie Holmes put Falkville on top 3-1 in the bottom of the first and after a pair of scoreless innings, they stretched the lead to 5-1 when Veal scored on an error and Brooklyn Melson drove in a run with a sacrifice fly.

Voce, Crimson Gann and Lacey Rice each recorded a hit for Cold Springs in the loss.

A bases-loaded walk gave Addison a 1-0 lead in the top of the first, but Falkville responded in the bottom half of the inning and took a 3-1 lead into the second inning. After a scoreless second inning, the Lady Bulldogs trimmed the lead to 3-2 with a sacrifice fly from Savannah Lynn but it wasn’t enough to overcome the lead and Falkville held on to win it.

Anna Luker, Lexie Cunningham, Asia Millwood and Destiny Walker each recorded a hit for Addison in the loss.

After tossing a shutout against Holly Pond, Cassidy Campbell led the way for Hanceville at the plate against Addison with a 2-run homerun. Hanceville's other three runs were driven in by Gracie Hudspeth (two hits), Brittney Dearing (two hits) and Destiny Short (one hit).