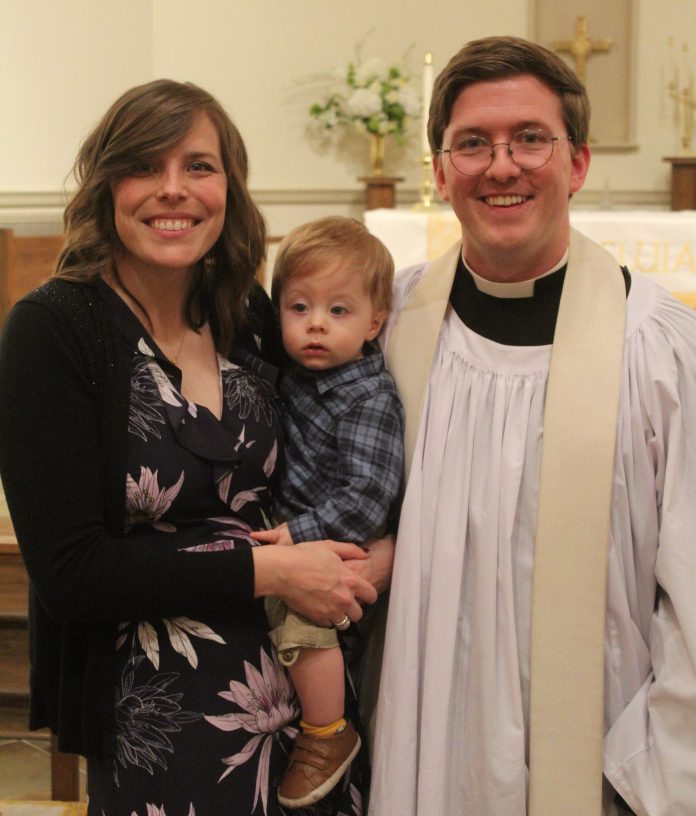 Gardner is originally from Alabaster and attended the University of Alabama in Huntsville where he earned degrees in philosophy and music. He then attended Samford University’s Beeson Divinity School. Afterward he moved to New York City to attend The General Theological Seminary School to become a priest of the Episcopal Church. He worked in New York for two years after becoming an ordained priest.

Gardener and his wife Paige welcomed their son William just over a year ago and decided to come home to be closer to family.

With him being from the Birmingham area and his wife being from Athens, Gardener said, “Cullman is ideal in every sense.”

When asked about his new role and goals, Gardner said, “Keep preaching grace; that’s really the big goal. There’s a lot that goes on in this parish as it is. I don’t want to change that. My job as I stand in that pulpit each week is to make sure people know that God loves them. That’s my job.”

The Gardners were joined by the Grace Episcopal Church congregation and many family members and friends for the ceremony and reception, including friends who traveled from New York to support and celebrate Gardner’s installation.