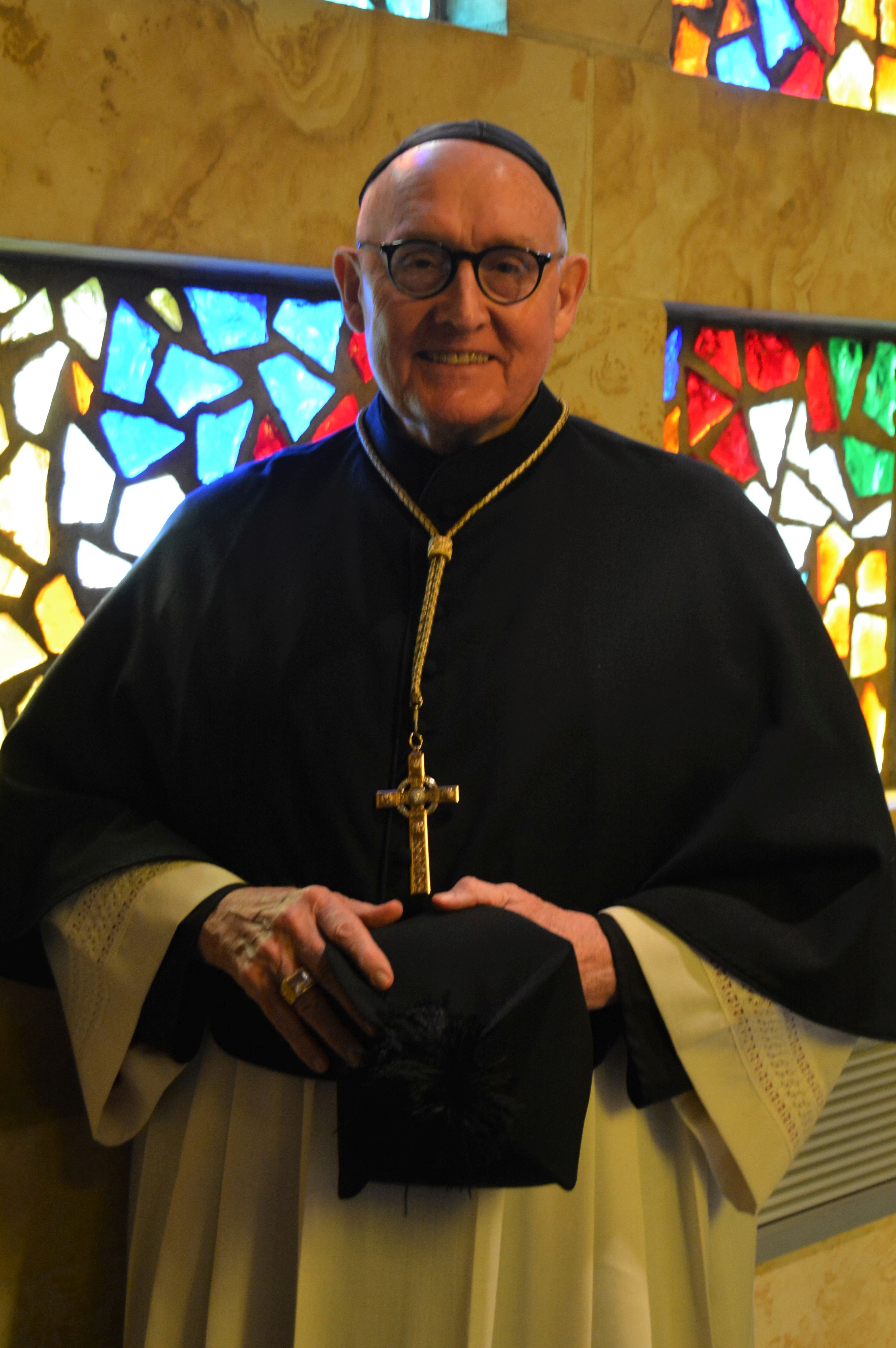 CULLMAN – In accordance with the law proper to the American-Cassinese Congregation of Benedictine Monks, which stipulates 75 years as the retirement age of abbots, the Right Reverend Cletus D. Meagher, O.S.B., the ninth abbot of Saint Bernard Abbey in Cullman, Alabama, who turns 75 in 2019, announces his impending retirement from the office of abbot.

Abbot Cletus’s retirement from the abbatial office will take effect upon the election of his successor, the 10th abbot of St. Bernard Abbey, which will be held the week of July 22, 2019.  Abbot President Elias Lorenzo, O.S.B., president of the American-Cassinese Congregation of Benedictine Monks, will preside over the election process.

Abbot Cletus was born in Cleveland, Tennessee, in 1944 and attended high school and college at St. Bernard, studying as a candidate for the abbey.  He entered monastic life in 1964, professing simple vows on July 4, 1965.  He studied theology at St. Bede Abbey in Peru, Illinois and at the University of St. Louis in St. Louis, Missouri.  He was subsequently ordained to the priesthood on May 24, 1971.  In the years before his election as abbot on May 8, 1995, Abbot Cletus served in a variety of roles, including prior, subprior, novice master, procurator, farm manager and pastor of Sacred Heart Church in Cullman.

Abbot Cletus takes this opportunity to give thanks to Almighty God for sustaining him in nearly a quarter century of service to the monastic community as abbot and to express his gratitude for the immeasurable support he received from the monks, and countless friends and benefactors of the abbey; he joins the monastic community in asking for your prayers as it begins the process of discernment leading up to the election of a new abbot.

Though he is grateful for the many years of service to the monastic community as abbot, Abbot Cletus stated, “I look forward to the election of the new abbot and transitioning into a new role of service for the community –whatever that might be.”

St. Bernard Abbey is a monastery of Benedictine monks founded in 1891 and is the home of St. Bernard Preparatory School, the Ave Maria Grotto and St. Bernard Retreat and Conference Center.  To find out more about the abbey, its various works and how the monks have been serving the Church in north Alabama for the last 127 years, visit www.stbernardabbey.com.