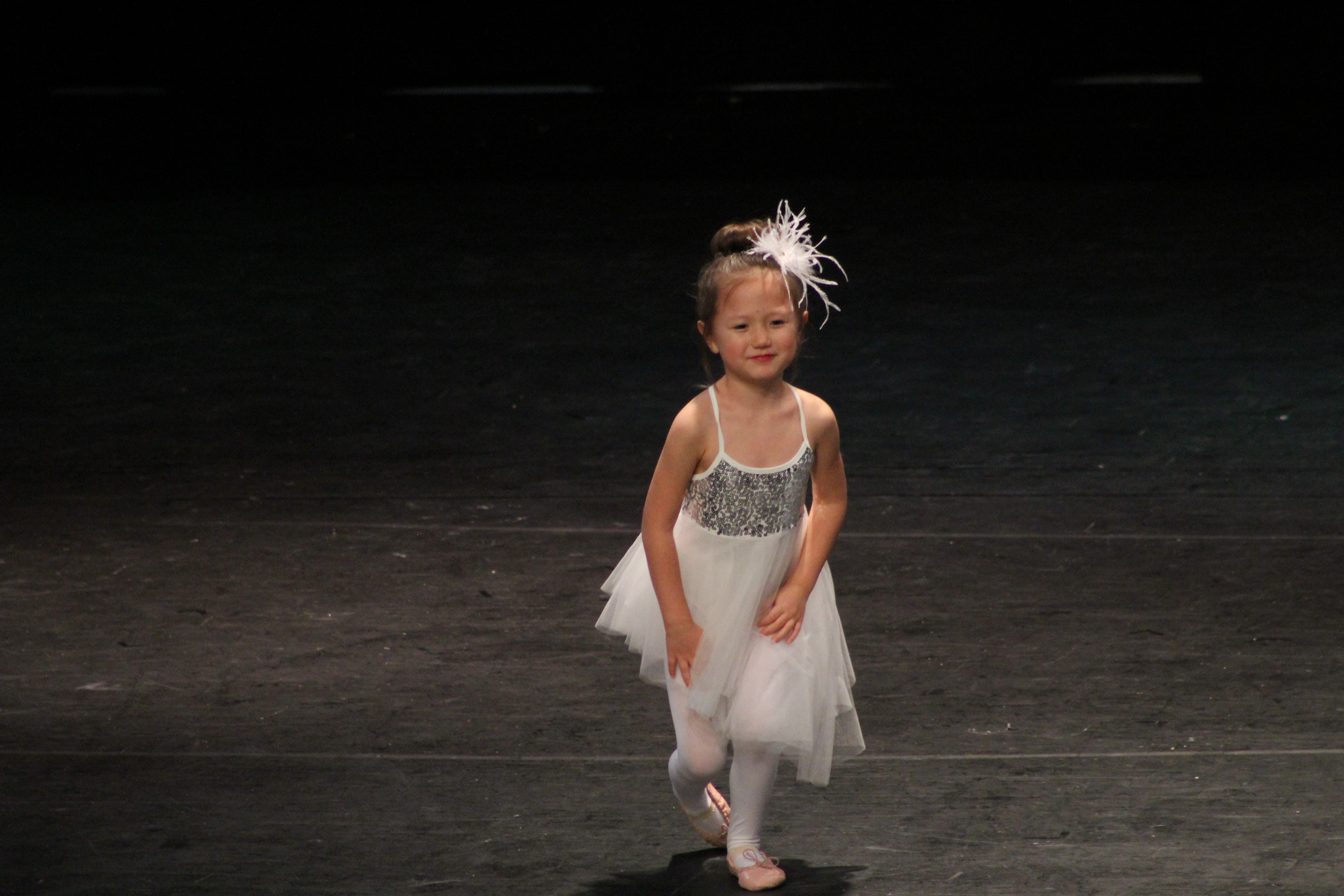 The youngest solo performer at this year’s Bownes Memorial For Kids’ Sake Variety Show was 5-year-old Alexa Park, who performed her ballet to “Baby Beluga.” (Seth Miller for The Cullman Tribune)

HANCEVILLE – The 2019 Bownes Memorial For Kids’ Sake Variety Show, hosted by the Cullman Regional Foundation, was held Sunday in the Betty Leeth Haynes Theater at Wallace State. The late, beloved pediatrician Dr. Eugene Bownes started the show in 1993 as a way to showcase the extraordinary talent he witnessed in his patients. More than 80 performers took part in this year’s For Kids’ Sake show, benefiting nursery and pediatric care at Cullman Regional.

Maria Stanford, executive director of the Cullman Regional Foundation, spoke on their behalf, “The Foundation gratefully acknowledges the support provided by all guests, volunteers, and most-importantly, our performers.”

All the performers took the stage for an enthusiastic opening number to “Party in the USA!” Alyssa Sandlin performed a flawless national anthem and the performers got ready for their performances.

Emcee for the show was Shirley Quattlebaum, who has been involved with the event for many years. She is also one of the generous sponsors of the event.

The show had many firsts this year, including a ventriloquist (Bailee Henderson and Betsy), a beat boxer(Daniel Lewis) and Jamie Jowers who sang and played guitar to her original song, titled “My Euphoria.”

Logan Schumann was a crowd favorite with her tap dancing routine to “Boss.” Campbell Kent performed an edgy solo to David Bowie’s “Fame” and Finley Hall, Mary Claire Ray and Aaliyah Taylor brought sass and fun dancing to “Dance Like Your Daddy.”

The show featured ballet solos by Laney Hulsey to “Le Corsaire” and Cynthia Oden to “Raymonda.” The youngest solo performer was 5-year-old Alexa Park, who performed her ballet to “Baby Beluga.”

Justin Weygand combined his talent of dance and singing by performing “Through Life” from “Wicked,”  and Sandlin followed up her performance of the National Anthem with a beautiful duet with Alex Dabbs, who played guitar, as they performed “I Can’t Help Falling in Love.”

Other vocalists included Anna Sandlin (“Count On Me”), Lily Helms (“How Far I’ll Go”), Halle Robertson (“A Million Dreams”), Kayla Watts (“A Moment Like This”) and Riley Adams singing and playing guitar to “Red-Eye.” Ryleigh O’ Ryan played the ukulele as she sang “House of Gold.”

Following all the For Kids’ Sake performers, the closing number featured a medley of songs from “Hamilton” by the Wallace State Singers, who were joined on stage by all the participants during their final number.

At the conclusion of the show, five awards and several scholarships were presented. Awards went to:

$250 given by Shirley Quattlebaum- Justin Weygand and Alex Dabbs

Bailee Henderson and Betsy spoke with The Tribune after winning the Audience Appeal Award.

The West Elementary sixth-grader said, “This was fun and I’m glad everyone liked the show.”

Henderson was inspired by Darci Lynne, a young ventriloquist she saw perform on “America’s Got Talent.”

She said, “I saw her and thought it looked like fun and something I wanted to try. I’m been doing this for a year and it’s been great.”

Betsy the dog is the second ventriloquist dummy for Henderson, who originally performed with a unicorn named Ellke.

Find out more about the Cullman Regional Foundation at www.crmchospital.com/Foundation or email crmcfoundation@cullmanregional.com.

‘The Nutcracker’ to be presented Nov. 18-20 at Wallace State