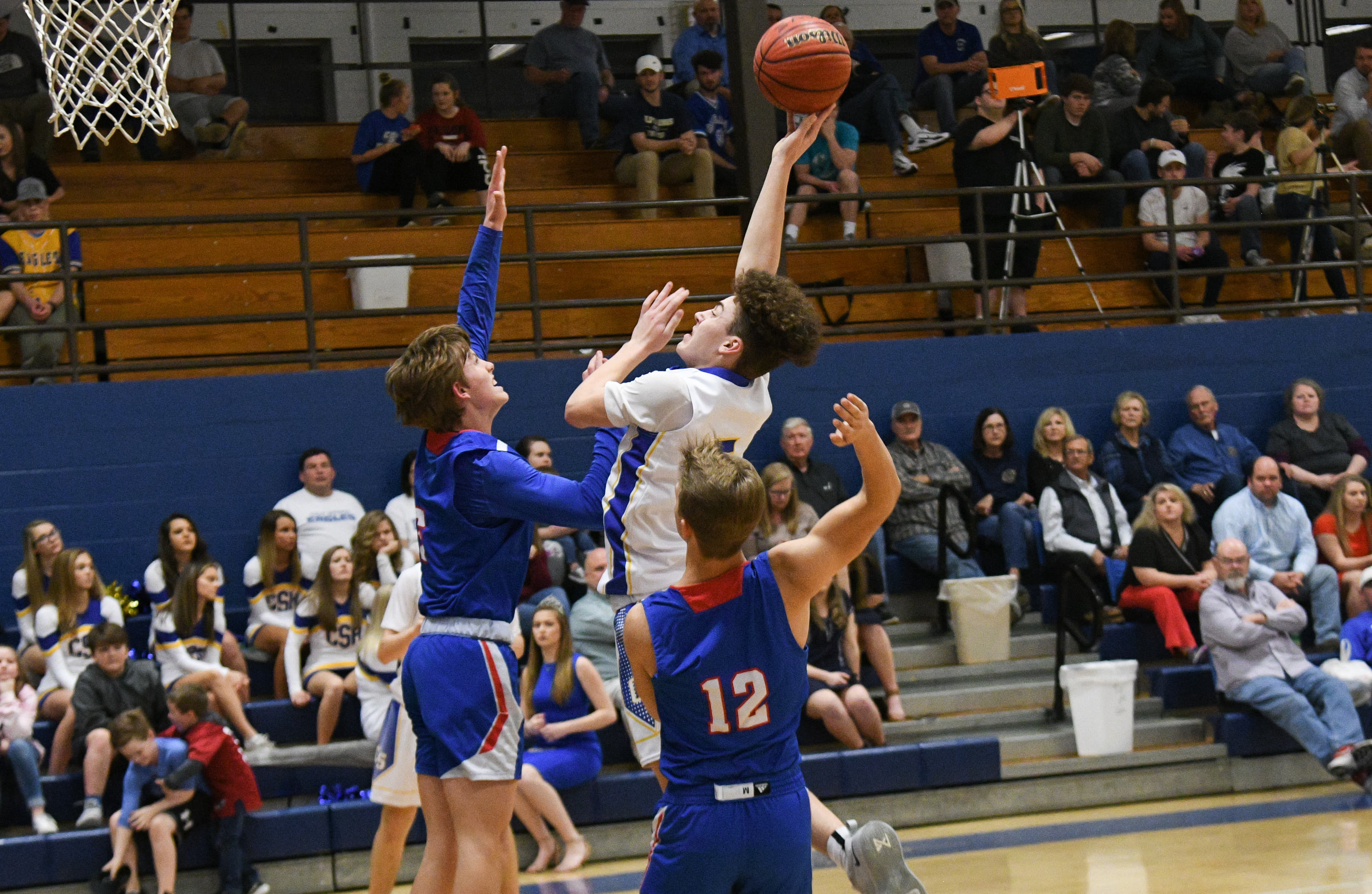 Cold Springs' Landyn Freeman (5) led the Eagles with 10 points in their 51-27 win over West End Tuesday night. (Martha Needham for The Cullman Tribune)

BREMEN – Tuesday started area tournament play for Cold Springs' boys, who took on West End with a spot in the area championship game on the line, and the Eagles clinched the final spot with a 51-27 victory over the Patriots.

Cold Springs' defense was on point to start out the game, holding West End to just two free throws in the opening period. The offense got going after a slow start, forcing a plethora of Patriot turnovers and turning them into easy baskets. The Eagles wound up taking a 19-2 lead into the second period.

West End closed the gap to start out the quarter with a 6-1 run and cut the Eagle lead to 12 at 20-8. It was a battle of the defenses as both teams were held to just three field goals in the period. Cold Springs, though, still took a 25-10 advantage into the locker room.

Cold Springs got off to a fast start in the second half. Micah Calvert nailed a pair of shots from deep, Mason Harris added a pair of layups, and Francisco Ayala added one as well, helping the Eagles quickly stretch their lead to 37-12; they wound up taking a 42-19 advantage into the final period.

Cold Springs pulled away to take the game 51-27. The Eagles will take on Southeastern for the area championship on Friday night at 7 p.m.