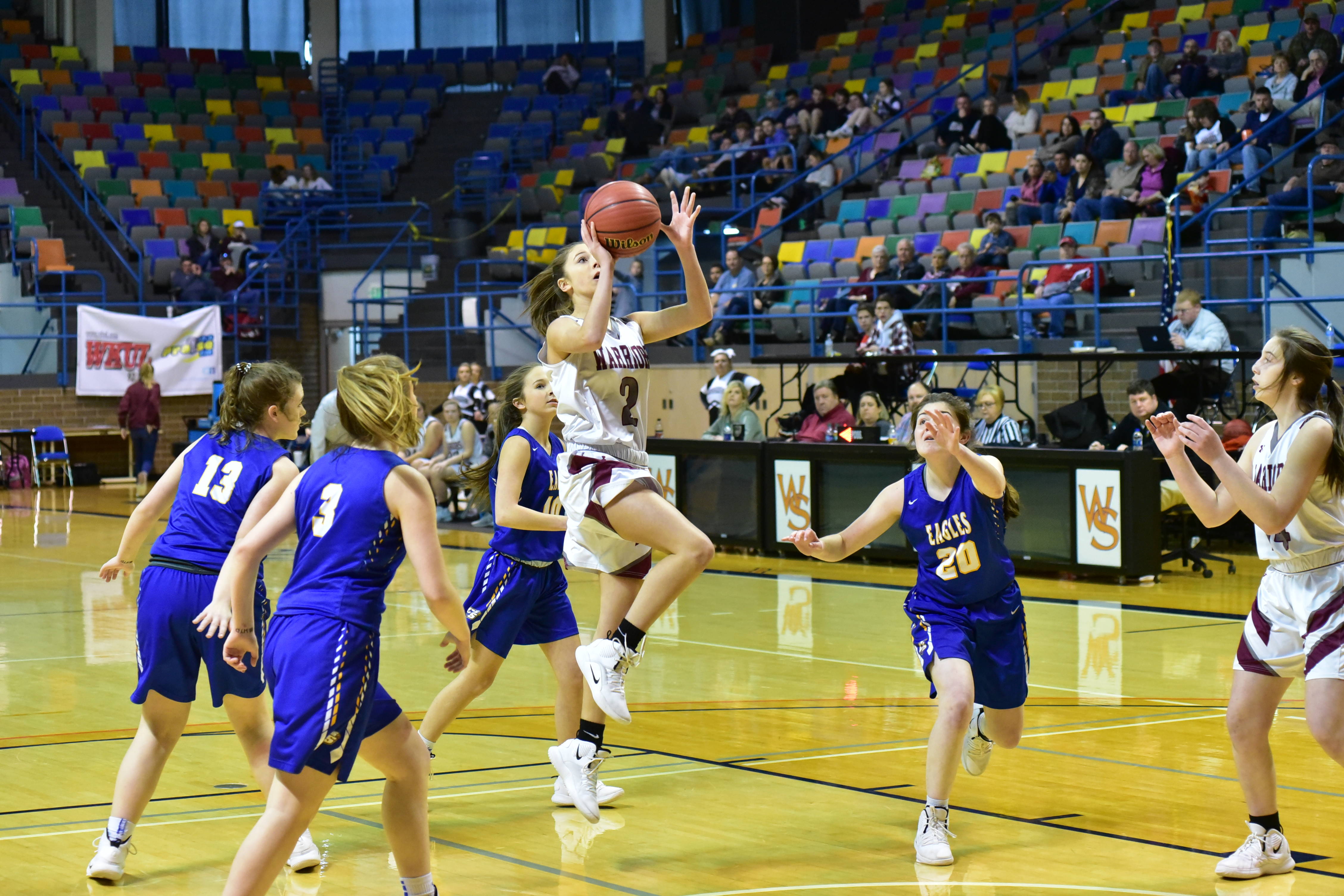 HANCEVILLE – In Saturday’s second championship bout, the top-seeded West Point Lady Warriors took on (2) Cold Springs for the junior varsity girls’ crown and both squads showed up hungry for some hardware. In the end, it was the Lady Warriors that managed to pull away in the fourth quarter to win it 53-43.

West Point jumped out to a 7-0 lead to start the first quarter and led things 17-7 by the start of the second, but nobody started the game stronger than Cold Springs’ Madison Bruer. Bruer scored the first 16 points of the game for the Lady Eagles including a three-pointer that cut the Lady Warriors lead to 17-12 midway through the second. Emma Chambers netted a pair of free throws late in the second quarter to tie the game at 21 but West Point was able to get back in front 24-23 by the halftime break. West Point’s Braelee Quinn and Bruer combined to score 30 points in the first half.

The Lady Eagles took a 26-24 lead almost as soon as the third began after a three-pointer from Chambers, but the lead would change hands several more times down the stretch. The Lady Warriors were back on top 28-27 midway through the third and a three from Nikki Tyree made it 31-27 with just under two minutes remaining in the period. Sidney Smith converted an and-one play at the line on West Point’s next possession to go up 34-28 and Smith followed that with a fast-break basket to make it 36-28 with just over a minute to play in the third.

The Lady Warriors held onto a 38-29 lead at the start of the fourth quarter and two baskets from Smith quickly widened the gap to 42-29. A pair of free throws from Brooke Crider trimmed the lead to 42-34 midway through the period but a three from Alexus Wells put West Point up 45-34 on the next Lady Warriors possession. Cold Springs would not go away, and a pair of free throws followed by a layup from Lacey Rice cut the West Point lead to 46-43 with less than a minute to play. Smith made it a 48-43 lead after netting two free throws on the other end and Wells added another after her to put the Lady Warriors up by six. The Lady Eagles couldn’t get enough shots to fall in the latter part of the fourth quarter and West Point held on to win it 53-43.

Smith led the Lady Warriors with 20 points in the win, followed closely by Quinn with 18. Bruer led Cold Springs with 16 points, followed by Brooke Crider with nine.