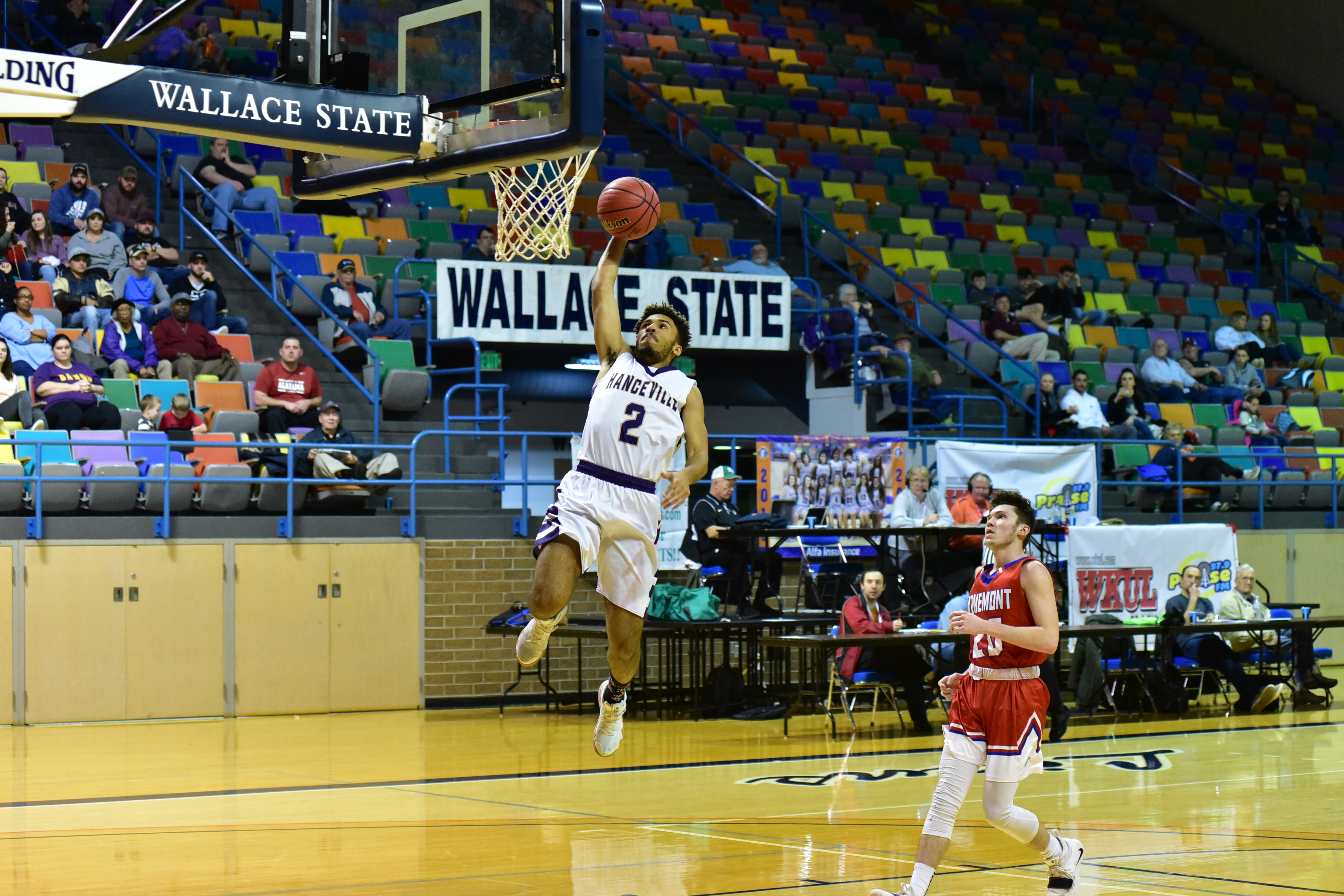 Romain Pochon (2) goes up for a dunk during Hanceville's 69-35 win over Vinemont Wednesday night. (Bill Piper for The Cullman Tribune)

HANCEVILLE – To cap off Wednesday night’s action from the Cullman County Tournament, (2) Hanceville took on (7) Vinemont for a chance to advance and take on (3) West Point Friday night in the semi-finals.

The Bulldogs got off to a quick 5-0 start to set the tone in the first quarter and led the Eagles 19-7 at the end of the opening period. Vinemont trimmed the lead to 23-15 but a three-pointer from Fred Ellis midway through the second put Hanceville back ahead by double digits at 26-15.

A fast break layup from Damion Johnson made it a 33-17 lead for the Bulldogs with less than two minutes to play in the second and Tyson Bellmon converted an and-one play at the line to put Hanceville up 36-17 with just over 30 seconds in the half. RJ Evans managed to beat the clock for one more basket to put the Bulldogs on top 38-17 at the halftime break.

The Eagles got some shots to fall in the fourth quarter, but it was too little too late for Vinemont and Hanceville pulled away to win it 69-35.

Fred Ellis led the Bulldogs with 14 points in the win, followed by Pochon with 13 and Zeke McDonald with 12. For the Eagles, Katch Johnson led the way with 17 points.

The Bulldogs will move ahead to face (3) West Point in the semi-final round Friday night at 7:30 for a chance to play in this year’s varsity boys’ championship game.