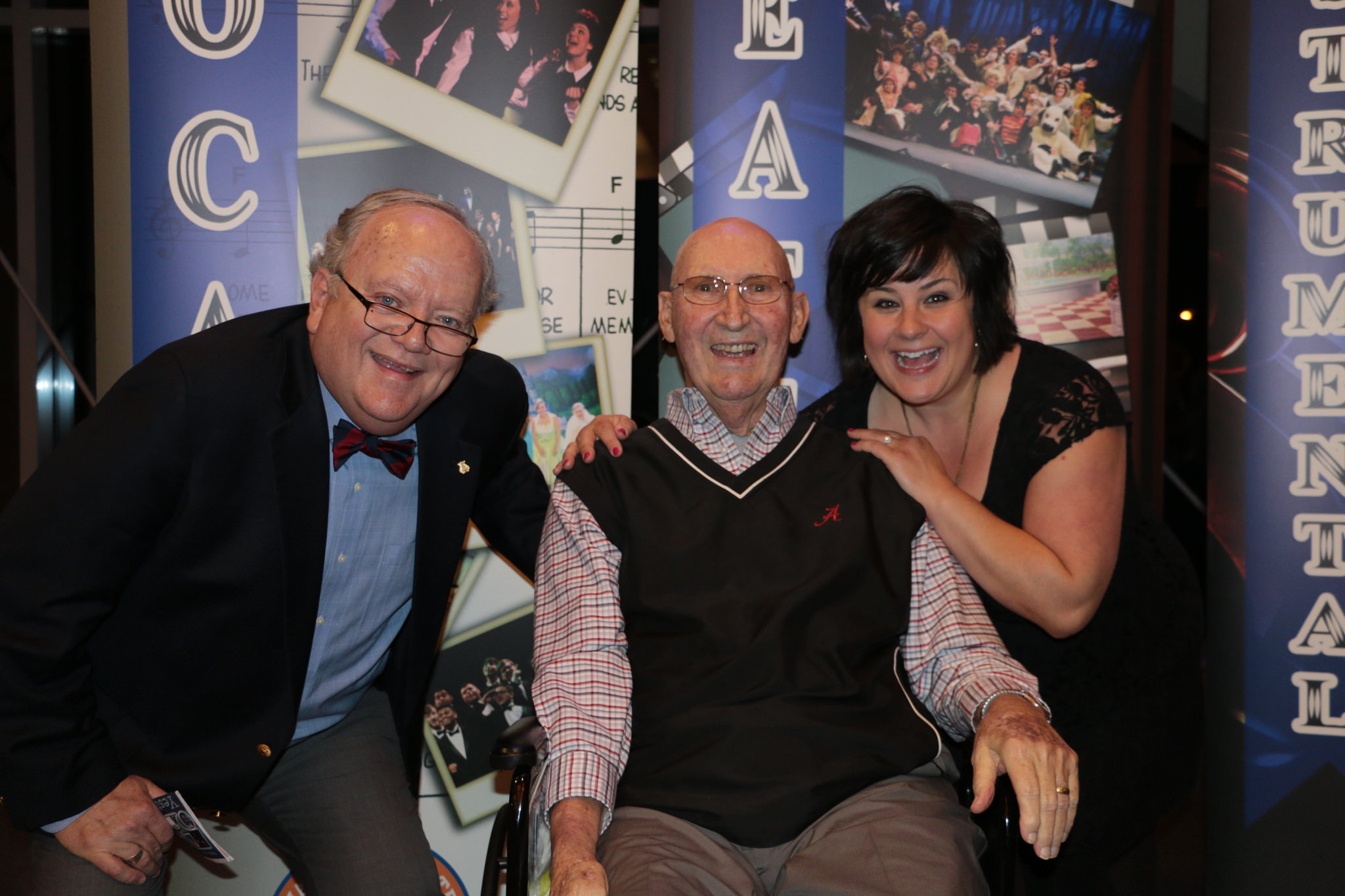 CULLMAN – Taking time out of a trip to Orlando, former St. John’s Evangelical Protestant Church Pastor Bob Kurtz (pastor 1993-2012) on Wednesday spoke to The Tribune about his years of service with his friend and Minister of Music Rev. Jim Walker, 85, who passed away on Jan. 22.

Kurtz shared, “Jim and I worked together almost 20 years, as I was senior pastor and he was the minister of music.  But for me, he was always absolutely an equal; in fact, he had so much experience and wisdom, I relied on him a lot.  And all the things that happened with St. John’s over the last 20 years–the building of the new addition, the increase in attendance, the growth of the church–all of that is a major tribute to Jim Walker.

“I give him so much credit.  He was always innovative, and he got us doing so many things.  He started our Tuesday morning men’s breakfast. Goodness gracious, we had a big golf tournament–St. John’s Golf Classic–he worked with me on that.

“Let me tell you one thing he did that was unique: for 10 or 12 years, we had three services all in the sanctuary, and we had a full choir for every service.  I don’t think there’s any church in the country that has a full choir for three services back to back to back. How he did that, I was always in awe. He just never let the choir know that this was unusual!  And I think that was absolutely wonderful! So the music was such a vital part of our worship, that that was a major part of our growth experience, also.

“You can tell that I have the utmost affection and appreciation for Rev. Jim.  And, like I said, it was almost as if we were co-pastors; he had such an important role in the growth of St. John’s.  There was significant growth from 1993 when I came, until 2012–goodness gracious, we went from about 150 in attendance to nearly 700, and consistently kept building renovations and additions, just so much, including the new addition that’s done so well.  And he played a major part in all that.

“So, in terms of church growth and new church life, he was an important player.”

When people come to St. John’s years from now, what lasting legacy of Jim Walker will they encounter?

“I think, just absolutely the sense of worship, how important worship is to our life and legacy.  It’s important to St. John’s, and he played a crucial part in that, just through the music, through the liturgy, through the wondrous awe and respect you have just coming into the sanctuary.  And he really–that meant a lot to him. And he had such dignity and bearing, and that strong bass voice of his as he led the worship and led the music; he had a great impact on people’s lives and their worship experience.”

From the Wallace State Future Foundation:

Jim Walker started the music program at Wallace State and directed its first group of singers and choral groups. Walker, who retired in 1991, said it took a few years for the department to grow. He was a one-man show that first year as the department’s lone full-time faculty member. Walker directed his first group of singers during the second year of the music program.

In his 25 years at the college, Walker saw many of his former students move on to complete their education at four-year colleges and become high school band directors, church music directors and some have even made a living in the entertainment industry. Near the end of his tenure, Walker directed a young man from Sumiton named Jimi Westbrook in the Wallace State Singers. Westbrook is now a member of the award-winning group Little Big Town. “He was a great performer for us and he’s just continued that,” Walker said.

Thank you, Mr. Walker, for your dedication to Wallace State students and your tireless efforts in growing the music program.

An endowed scholarship bears his name at the Future Foundation. Contributions to this fund may be made online at www.wsccfuturefoundation.org/jimwalker or may be mailed to WSCC Future Foundation – Jim Walker Scholarship, PO BOX 568, Hanceville, AL 35077.