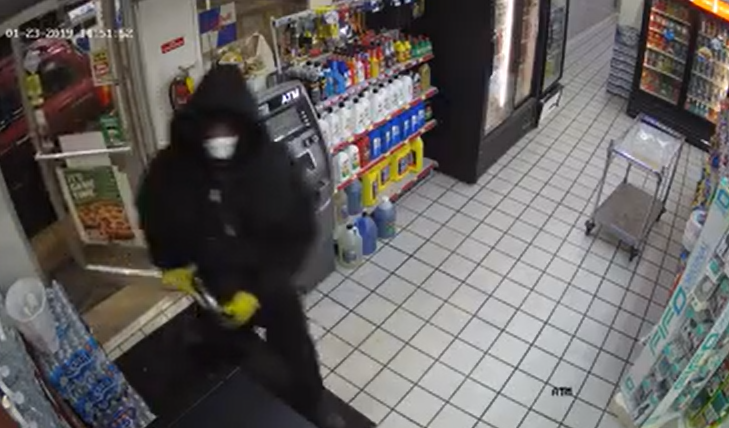 Image from the Chevron’s video surveillance system shows one of the suspects. See the full video below.

CULLMAN – Cullman Police are investigating an armed robbery that occurred at the Chevron gas station on U.S. Highway 278 West and Interstate 65 in the early morning hours of Thursday, Jan. 24, according to CPD Captain of Investigation Becky Boyd.

At approximately 2:50 a.m., two African American males entered the store. "They attempted with a tow strap to pull the ATM out of the store," said Boyd. "They were not successful."

"There was an amount of money that was taken from the store," said Boyd.

Boyd said the men were wearing masks, gloves and hoodies and driving a small red SUV with considerable damage to the driver's side door.

“The suspects were driving a red 2001-2004 Hyundai Santa Fe. Due to their unsuccessful attempts to steal the ATM located within the store this vehicle has suffered heavy damage to the right front, especially around the front passenger door. It is also damaged, to include a broken out window, on the driver's side of the vehicle,” said a statement issued Thursday afternoon by the department.