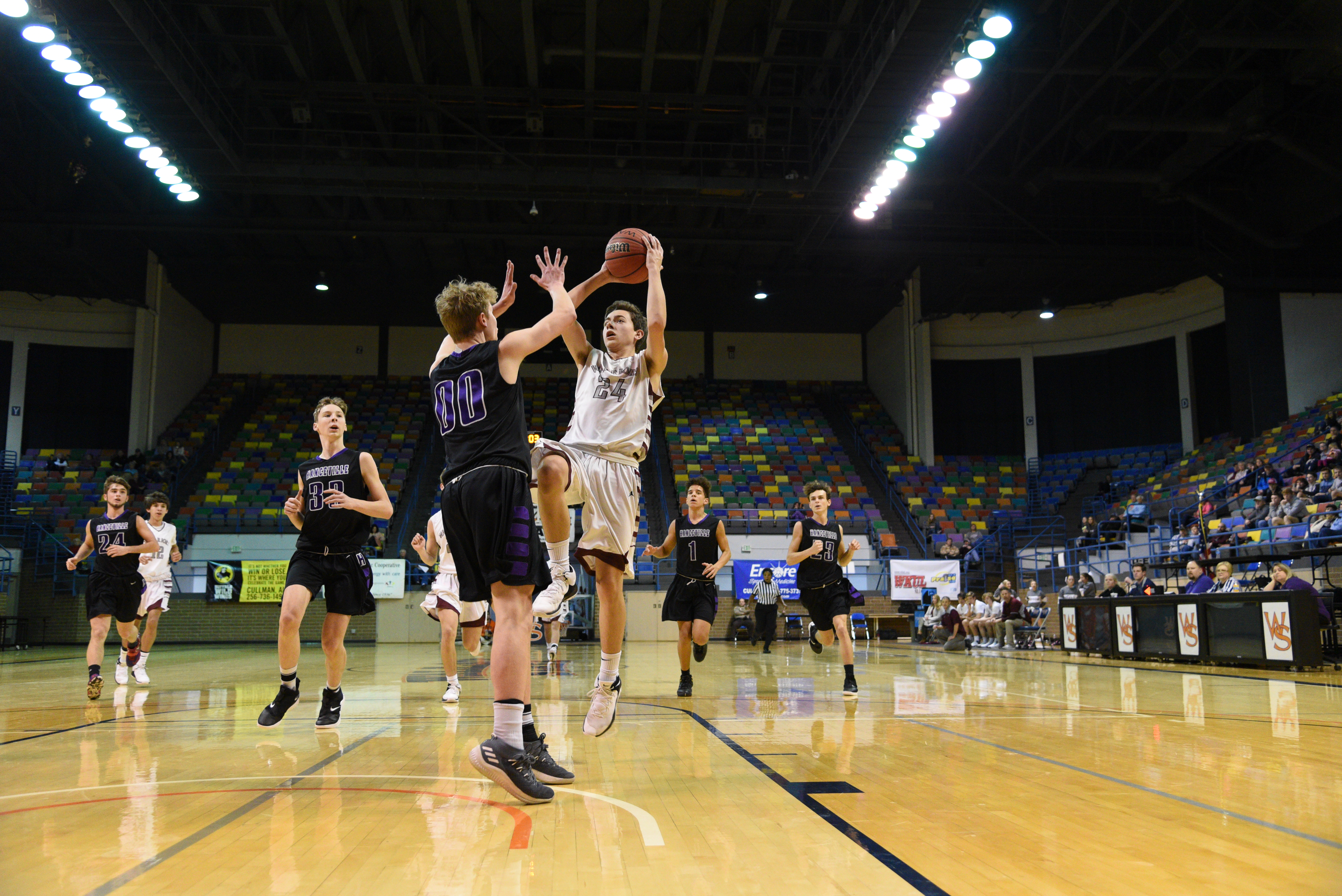 West Point's Jonathan Fell (24) shoots over a Hanceville defender in the Warriors' 61-24 win over the Bulldogs Tuesday night. (Martha Needham for The Cullman Tribune)

HANCEVILLE – Cullman County Tournament action resumed at Tom Drake Coliseum Wednesday night with the fifth matchup of the junior varsity boys’ bracket between (3) West Point and (7) Hanceville and it was the Warriors who took the game in convincing fashion to advance to the championship game Saturday afternoon.

The Warriors opened the game with an 8-0 run and held the Bulldogs scoreless until the 3:00 mark of the first quarter. West Point continued to pour it in on the offensive end and led things 20-7 at the end of the first.

The Warriors continued to fill it up from three-point range early in the second quarter, starting the period with a 10-0 run to stretch the lead to 30-7. A transition layup from Brannon Bright made it 41-14 West Point with just over a minute to play in the half. Branson Smith knocked down the Warriors’ ninth three-pointer of the first half just before the buzzer to put West Point on top 44-14 going into the break. Logan Selby led the Warriors with 19 points in the first half.

The third quarter was more of the same for West Point. The third-seeded Warriors opened the second half on a 6-0 run to continue pulling away from Hanceville and a mid-range jumper from Elvis Arroyo just before the end of the third gave West Point a 54-21 advantage going into the fourth quarter.

The Bulldogs had struggled all night on the offensive end and couldn’t anything going in the final period either. Hanceville was held to just three points in the fourth quarter as the Warriors pulled away to win it 61-24.

Selby led West Point with 19 points, Mason Walls followed him with 12 and Arroyo finished with nine. For the Bulldogs, Izayah Glenon led the way with nine points, followed by Dawson McRae with five.