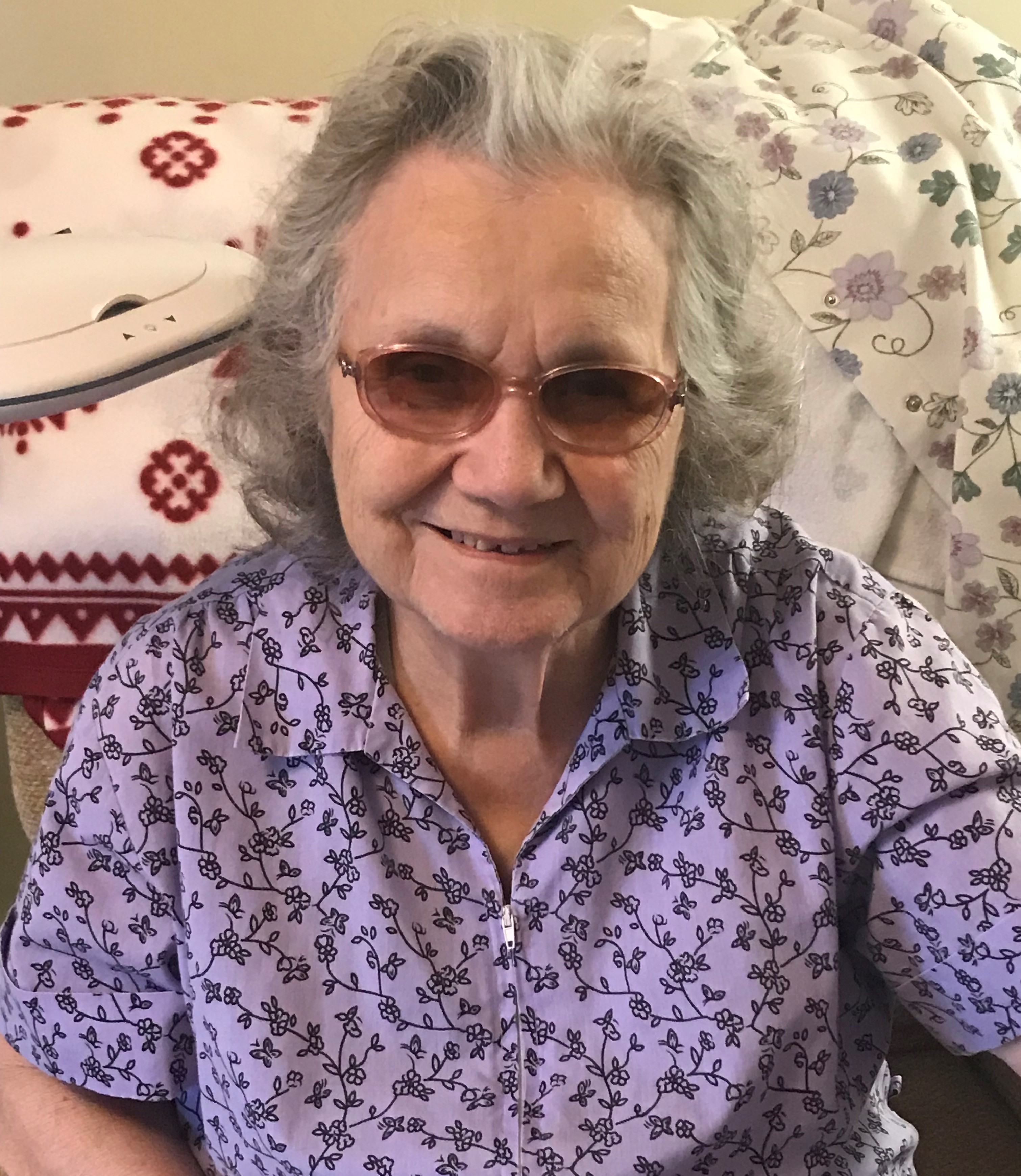 Luiceille Cargo grew up on Sky Ball Mountain and went to Hayden School. She loved her 14 years growing up on the mountain. She and her six siblings worked hard on the farm and loved school and church.

“We worked, farmed, plowed, hoed and did everything there was to do on a farm. We picked cotton, dug peanuts and gathered corn,” Luiceille recalled.

Common in those days, the plowing was done by mules. Luiceille was very fond of the family’s mules and described them as “the prettiest pair of mules in the whole community.”

She remembered, “My daddy went off one morning with the mules, but when he came home, he didn’t have no mules. They were such beautiful mules. The logging men would ask him about them and daddy sold them for $1,000. That’s good for those days. We never had another pair of mules like those and I just can’t ever forget them. One of them was blacker than the other. One of them was more red in color.”

When Luiceille and her siblings weren’t working, they enjoyed climbing trees and playing in the woods. She and her sisters loved to sing and would get their song books and lie on the bed and sing. The family had a spring in their yard that they caught water from to use in the house.

She said, “You talk about some kind of life, well, we did have it.”

When Luiceille was 14 years old, her family moved from Sky Ball Mountain when her daddy bought a 116-acre farm near Blountsville.

She said of the move, “It just broke my heart to move. It was 20-25 miles away and I had to leave my school and all my friends.”

Her best friend was Lula Francis Harris and they loved spending the night at each other’s houses.

Luiceille hopes that this story will help her to find her friend Lula. She said, “She was a special friend. I just loved her mother. I’m not sure if she’s still living or if she married. If anything comes of this, I hope it finds her. I believe she may live in Huntsville.”

After the move, Luiceille attended Pennington School and opted for her GED just 30 days shy of graduation. She met and married Ottis Eugene Cargo when she was 18. She found work at the sewing plants in Blountsville and Oneonta.

She said, “If I was able, I’d still be working. I worked any and everywhere I could get a job.”

K&D Store opened in Blount County and she worked there until her son was born. She stayed home until her son, Johnny, could start school. She then returned to and ran K&D. Ottis Eugene worked in logging until he began making nail kegs in Garden City. Luiceille still has a special keg in her home that Ottis Eugene made.

She said, “Eugene’s boss man came down and when he found out Gene was going to be a daddy, he made sure he got one of those pretty eagles they put on the kegs. I have two or three kegs he made, but he made the prettiest keg and put that eagle on it. It’s in my living room at home.”

Their son Johnny graduated from Pennington and after two years at Snead State, he went on to earn multiple degrees from Jacksonville State.

Luiceille recalled, “Johnny came to me one day and said, ‘I think I’m going to join the service so I can get a college education.’ I said, son please don’t do that. I would never live through it. I will promise you some way and somehow we’ll get you a college education if that’s what you want. I’ll make sure you get it. So, that’s what we did. Johnny was in the paper every week or so. I don’t mean to brag, but he’s just real, real smart.”

Johnny studies engineering and lives in Huntsville with his wife Amy. Luiceille has one step-grandson named Andrew.

She is very proud of Andrew saying, “He’s very smart and a very handsome young man. I think he is. He works at Channel 19 in Huntsville as a cameraman.”

Ottis Eugene passed away in 2004 and Luiceille lived at home until recently. She moved to Westminster Assisted Living five or six weeks ago. She loves her new friends and the facility but still thinks about wanting to be home again. She spends time doing jigsaw puzzles and enjoys frequent visits from her son and his family. She spent the holidays in Huntsville with them.

She values her new friends saying, “I believe it’s a privilege to be able to help people. I ask the Lord every day to help me to do the things to help them. I guess I get that from my mother. It makes me feel good to help others. Sometimes I look back at my life and think I wish I could have gone to college, but whatever you have in your heart that starts bubbling out, that’s what you are going to be. Do what YOU enjoy doing.”