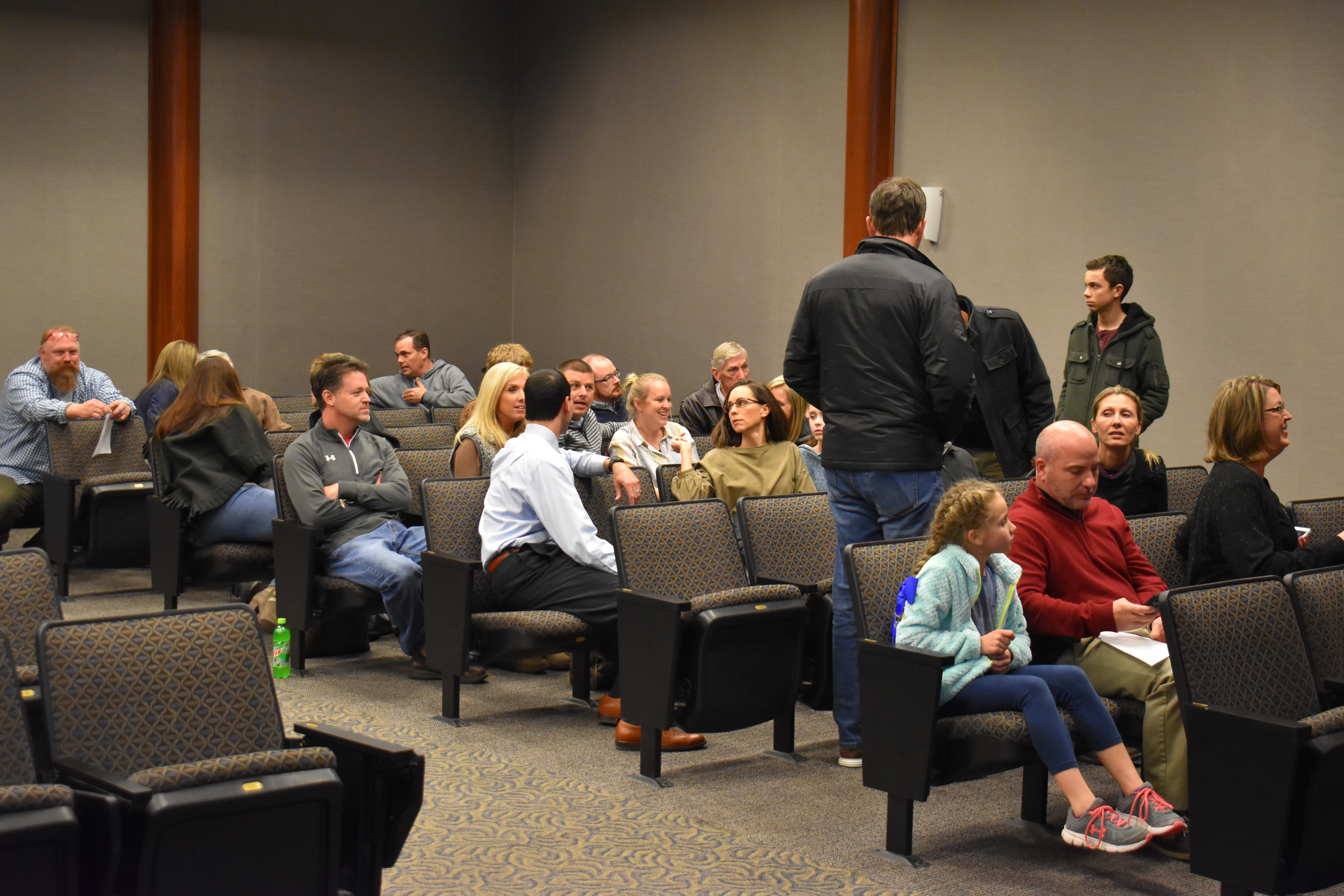 CULLMAN – On Monday evening, the Cullman City Council had one of its shortest-ever agendas, but held one of its longest-ever meetings, as city residents came to ask questions and express concerns about two separate issues: the proposed new location of Rock the South (RTS) and a proposed modification of the City’s ordinance defining an R-4 residential zone, a change that could allow the construction of large apartment complexes in districts of the city currently composed of only single-family dwellings.

Fulmer explained, “The old ordinances, under ‘Permitted Uses,’ said that duplex-attached rental units as apartments are acceptable, and it said that apartment buildings in accordance with the permitted use for condos are acceptable.  What that did is control the number of units based on acreage, and there were a lot of restrictions related to condos that really should not relate to apartments.

“R-4 is designed for high-density living.  It’s exactly where apartment complexes should be.  So, in looking at the ordinance, the gentleman who is helping rewrite our subdivision ordinance and will help rewrite our zoning ordinance found that and couldn’t understand why multi-family dwellings was not in R-4.  So, what has happened is that multi-family dwellings of four or more units has been added under ‘Permitted Uses’ in the R-4 zoning.”

According to Fulmer, the inclusion of apartment buildings and complexes in the type of zone defined in Cullman as R-4 is typical in the ordinances of other cities and may have been a simple oversight when Cullman’s were originally drawn up.  If so, then the modification would not represent a radical departure from common zoning standards, but would instead bring Cullman’s ordinances in line with norms across the country.

Apartment complexes of five units or more, while still to be considered residential properties, are also permitted in zoned business districts.

In response to questions about how many people might move into a certain area if R-4 zoning allows apartments in traditional neighborhoods, Fulmer’s answer on Monday night seemed vague and even evasive to some.  Fulmer countered that population density–the number of people allowed to live in a certain area–is not a specifically defined set of numbers, but instead is defined by the issues of:

Fulmer explained, “Now, the question came up about density, and the reason I couldn’t give (the person asking the question at Monday’s public hearing) a hard number is that there is not a density where it says ‘four units per acre,’ ‘six units per acre’ or ‘one unit per 10,000 feet.’  There’s nothing in the ordinance that specifically says that, because the density is controlled by the required setbacks from property lines and the amount of parking required per unit. That’s what controls your density.”

Can someone buy property in a traditional neighborhood and build apartments?

Said Fulmer, “Is it possible? Yes.  (The person asking the question) was concerned about people acquiring property and building on it.  Well, that’s kind of the way it works in America. Can someone come in there and buy 12 houses and wind up with five acres or more, and request a rezoning?  Yes, they can; that’s always a possibility. And that’s true in any zoning district.”

Fulmer said that he felt like apartments that might be located in the parts of town represented by the protesters at Monday’s meeting would be upscale complexes that catered to people coming to Cullman to work in one of the area’s local industries, several of which have recently undertaken expansions.

A livestream video of the RTS debate and a portion of the zoning debate is available at www.facebook.com/CullmanTribune/videos/508989129588703/.