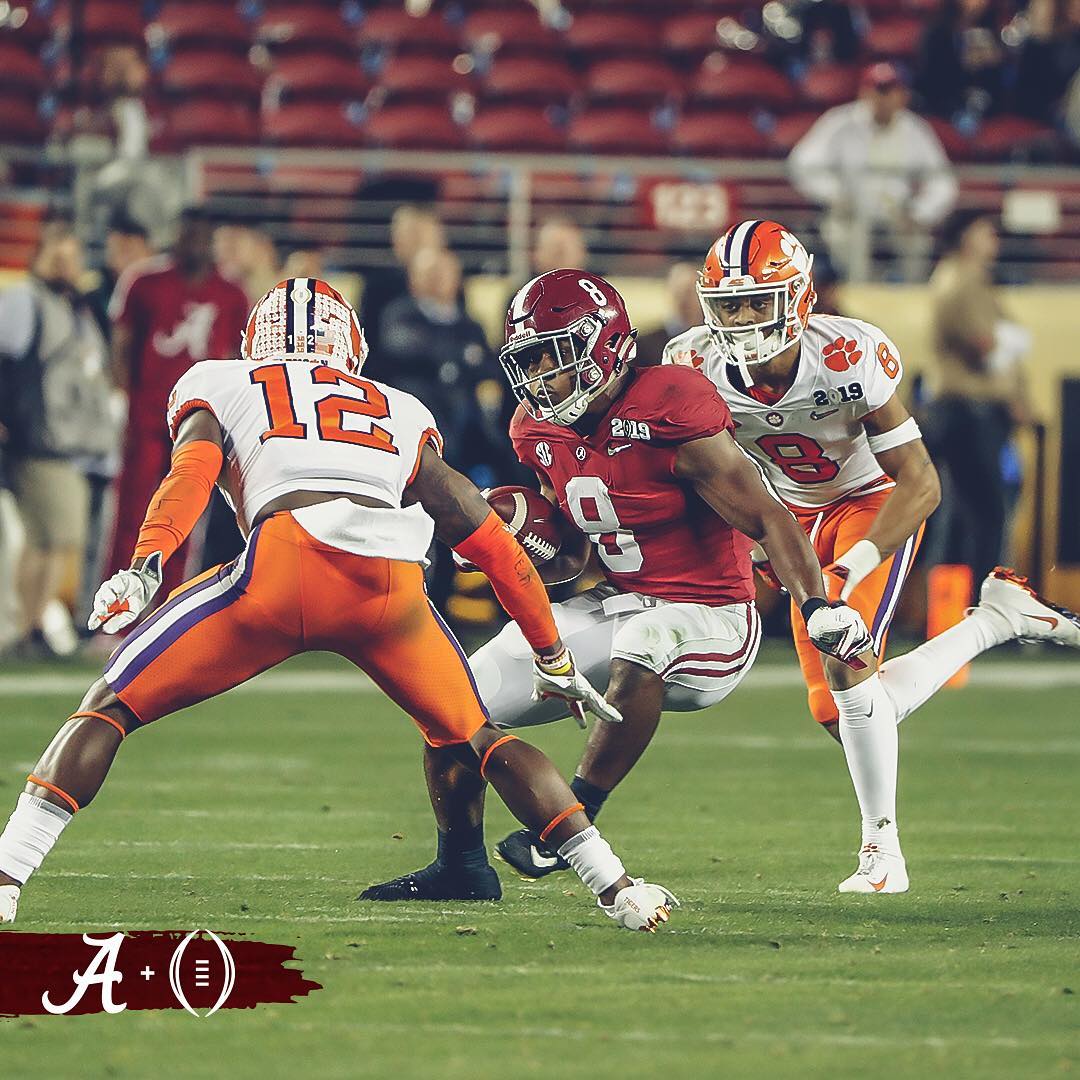 SANTA CLARA, Calif. – After putting together one of the most dominant regular seasons in school history, surviving a thriller in the SEC Championship Game against Georgia and defeating Oklahoma in the Orange Bowl, the Alabama Crimson Tide fell just short of its sixth national title in the last 10 seasons to the Clemson Tigers Monday night in the 2019 National Championship Game , 44-16.

The Tide fell behind 7-0 almost immediately after quarterback Tua Tagovailoa threw a pick-six in the opening few minutes, but Tua made up for it two plays later with a 62-yard bomb to Jerry Jeudy that tied it back up. The Tigers responded with another score courtesy of a 17-yard touchdown run from Travis Etienne to move back in front, but a touchdown from Tagovailoa to Hale Hentges made it a one-point game midway through the first quarter after the missed extra point.

Joseph Bulovas knocked through a 25-yard field goal to put Alabama ahead 16-14, but Clemson answered with another touchdown run from Etienne on its next possession to go back on top 21-16 early in the second quarter. Tagovailoa threw his second interception of the night on the next Tide possession and the Tigers made him pay for it by marching down the field and scoring to go up 28-16. Clemson forced a punt on Alabama’s next possession and added three more points before the half to take a commanding 31-16 lead into the break.

The Crimson Tide received the second-half kick and drove the ball into Tiger territory, but a fake field goal attempt was snuffed out by the Clemson defense. The Tigers took over on their own 24-yard line and tacked another six points onto their lead when Trevor Lawrence connected with Justyn Ross for a 74-yard touchdown.

Tagovailoa and the Alabama offense drove deep into Clemson territory once again, but just like on the previous possession, they were stopped short on fourth down. The Tigers’ offensive line continued to keep the Tide pass rushers at bay, allowing Lawrence to make throws down the field to Ross and exploit the Alabama secondary. The true freshman quarterback capped off the 12-play drive with a 5-yard touchdown strike to Tee Higgins that put Clemson ahead 44-16 with less than a minute to play in the third quarter.

Tagovailoa found Jeudy for a big gain down the sideline as the third quarter expired to get back into Clemson territory, but the Tide was held out of the end zone on fourth-and-goal, giving the ball back to Lawrence and the Tiger offense. Alabama forced a punt and brought quarterback Jalen Hurts into the game to try and give the offense a spark, but it was too little too late for the Crimson Tide.

Clemson’s offense held onto the ball for the final 10 minutes of regulation on its ensuing possession and pulled away to win it 44-16 to become the first college football team to go 15-0 in more than a century. Alabama outpaced the Tigers in several categories including time of possession, rushing yardage and first downs, but the Crimson Tide couldn’t overcome the explosive plays from Clemson.