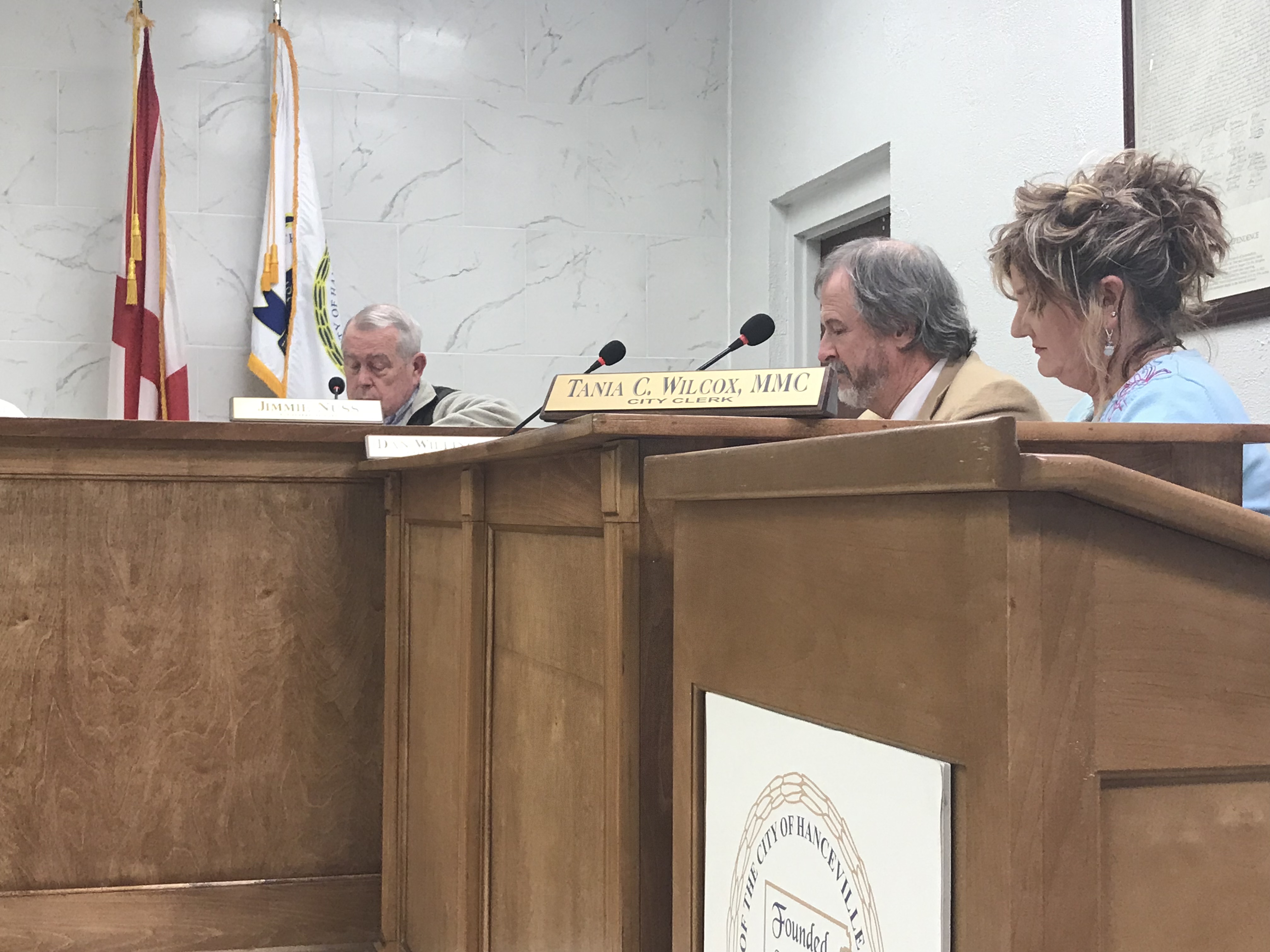 HANCEVILLE – The Hanceville City Council met for the final time in 2018 Thursday evening. The meeting’s agenda was routine, but there were some noticeable changes throughout Hanceville City Hall.

The council had previously budgeted $5,000 for improvements.

In the courtroom, the ceiling was raised several feet, new tile was added, and the walls received new paint. The desk for the city clerk and city attorney was also elevated to allow for easier communication during meetings. The improvements were done by City employees and with inmate labor.

Mayor Kenneth Nail was proud of the improvements saying, “If you recall, the ceiling was so low in here (the courtroom) that we could touch the ceiling when we stood up. We felt so enclosed. We added the tile to the back wall and around the front. It looks and feels much better in here.” Nail laughed as he pointed out that the tiles are not real marble tiles.

City Clerk Tania Wilcox’s office is much improved. The old green and gold “casino carpet” is gone and replaced with tile, and the once bare cinder block walls are now covered with a stucco finish that she did herself. The outdated pink countertops were thrown away and updated.

Wilcox said, “I did lots of this myself. I stained the furniture on weekends and during the holidays. The walls were inexpensive and easier to do than I thought. I’ve been spending a lot of time on Pinterest getting ideas that I could do myself.”