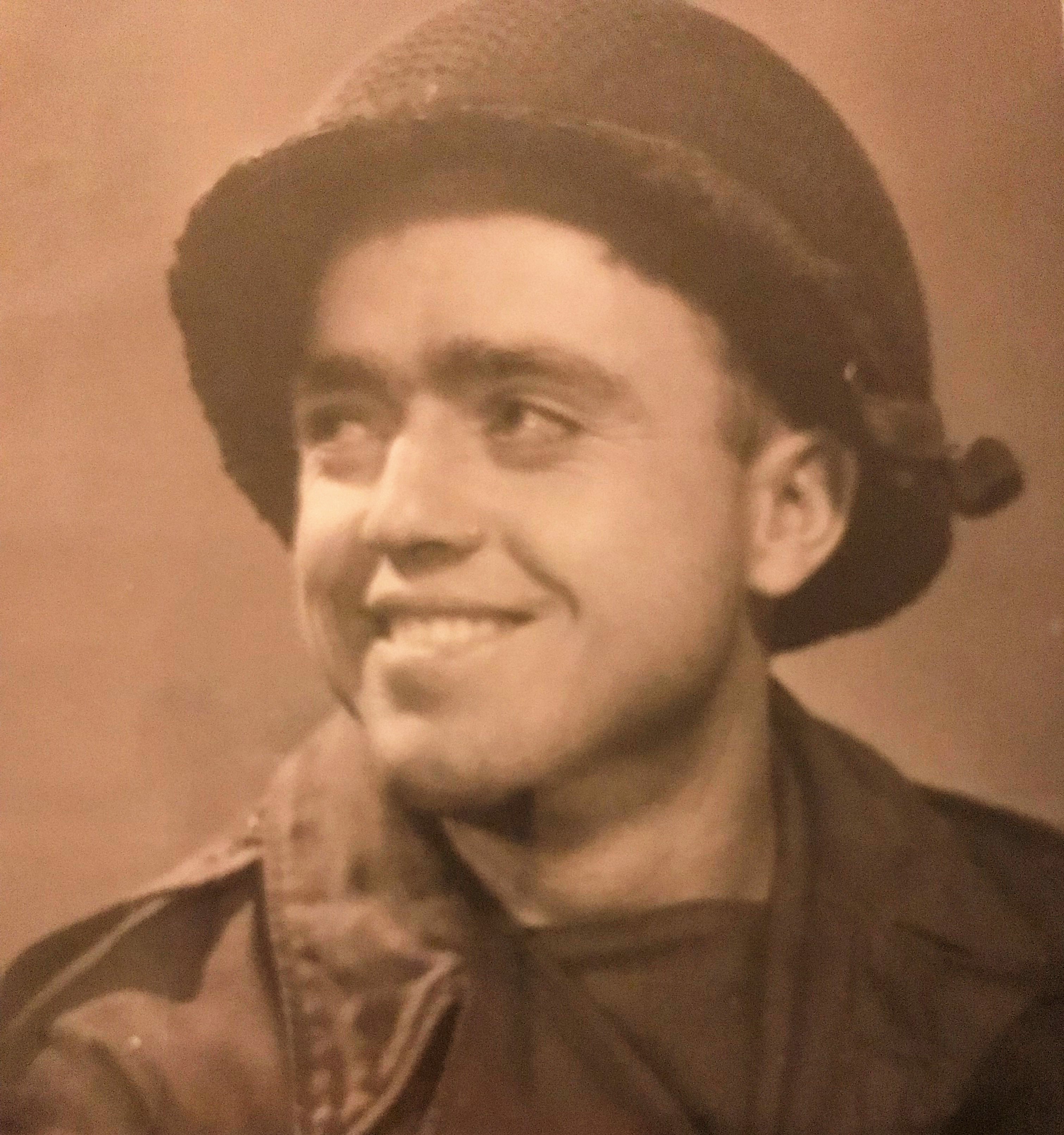 Read part one at https://bit.ly/2LqcHl8 or in the Saturday, Dec. 15 print issue of The Cullman Tribune.

Company I, 320th Infantry, 35th Infantry Division landed on Omaha Beach in Normandy France on July 6, 1944. They would travel just a few miles to Saint-Lo, France where Company I would fight in what many refer to as the Battle of the Hedgerows. Cloyce Talmadge Drake recalls his first battle as “the worst battle I was ever in.”

Drake was a .30 caliber machine gunner and he recalled his experience at Saint-Lo:

“We attacked one morning about daylight. We went into these wheat fields. It was in the hedgerows of Saint-Lo. We got pinned down in a wheat field. The wheat was at least 3 feet high and we just laid down in there where they were shooting over us. German machine guns were shooting at us. We stayed there shooting back at them Germans until General Eisenhower sent a man to hunt us to see if we were still alive up there. They had had an order to withdraw and they had withdrawn about a mile or 2 miles up the road. The general caught them withdrawing and brought them back up there.

“There were three generals there: General (Omar) Bradley, General (Courtney) Hodges and General (Dwight) Eisenhower. They sent a private boy, a young fellow named Lance. He came up there to find where we was at crawling through this wheat field. When we came out of those hedgerows, the general was standing there.”

Another member of Company I who was with Drake at Saint-Lo wrote in an article titled “The Constant Fear” where he recounts their first two days of the battle.

William E. Larkin, who was just 19 at the time of the battle, wrote, “The first night in the hedgerows of France, near Saint-Lo, our company was shelled by Germans and a man was lost by bleeding to death. The medics could not see to stop the bleeding. No lights of any kind could be allowed. This was my first encounter with the war and death on the front lines.

“The second night after moving through several fields fighting for every field of the hedgerows, everybody was exhausted. During the night, the Germans dropped a 2,000-pound bomb on the same field where we were dug in. Most slept through the vibration and noise of the bomb hitting the ground. It buried itself nearly out of sight. Only the fins were visible. It was a dud and failed to explode. If it had exploded, the whole company would have been wiped out.”

Drake’s actions at Saint-Lo earned him a Bronze Star for heroism. He and six of his fellow soldiers, who refused to withdraw when their platoon was forced back, withstood several counter attacks by the Germans. Despite being outnumbered, they were able to hold the enemy, while inflicting heavy losses. Meanwhile, their platoon reorganized and carried out an attack eventually leading to a victory for the Allies. It is estimated that the 35th Infantry suffered more than 2,400 casualties and losses at Saint-Lo.

Drake said, “There was so much artillery shot in there until all the leaves on those green trees were shot off. It looked like a storm had hit it.”

Drake’s company fought in numerous battles and skirmishes as they made their way, by foot, from Omaha Beach to the city limits of Berlin. While he does not recall where some incidents happened, Drake can still recall situations quite vividly. He described one experience that is remarkably similar to a scene in the movie “Fury” starring Brad Pitt. The movie is listed as fiction, but for Drake, it was very real.

He recalled, “There were bushes and a fence row in the woods. I had a machine gun set up there. About 500 to 1,000 feet there was the woods and we were in the field. I walked around and had my gun set up there and had the first gunner on it. They sat there, and I would walk around. I got out every day. I’d get up and walk all around in that field there and around in front of that gun and look over in those woods. The Germans were up there in it. But you know, they never did shoot at me. They could have taken that fast machine gun they had and made just one little burp and killed me dead! That’s all they would have had to done. You know, they never did shoot at me. So, I don’t know how but I guess they was looking from the air to have seen them and known where they was at. They (the U.S.) sent about two or three tanks up there- those tanks come right up in front of my gun. They went down there and they, about three of them, turned all their machine guns on them Germans- spraying those woods with tracer bullets. About 15 German soldiers came out of there- one wounded. He was crawling.

“They had white rags. See, over there, if you gave up, you have a white rag in your hand. The tank outfit took all those with white flags prisoner. When they came out with white rags, they quit shooting. All the ones who could walk surrendered to the guys in the tanks.”

There are many tough decisions made in war and what happened next, Drake said softly, “I always thought that was something that he ought not have done.”

Drake laughed as he told of his birthday during his time in Europe. Dec. 10, 1944 was his 20th birthday and he remembers it well.

“I was on a mountain. It was clear in front of us. We were on a smaller mountain in front of a larger mountain with a holler separating the two. A German tank was several hundred yards away. He was firing that tank hitting the mountain behind us. Those bullets was coming by us making a racket, but they’d hit on the other mountain over there, wasn’t hitting close to us at all,” Drake said while laughing.

He continued, “He fired that tank on my birthday. He fired that thing all day long! It rained a lot and I was having to take my canteen. I had a ditch dug around my foxhole. I’d take that canteen and toss out the water. I kept the water out to keep my feet from getting wet. Every time I’d throw out some water, he’d fire!”

Soon after his birthday, Drake would experience Christmas, prayers from General George S. Patton and the Battle of the Bulge.