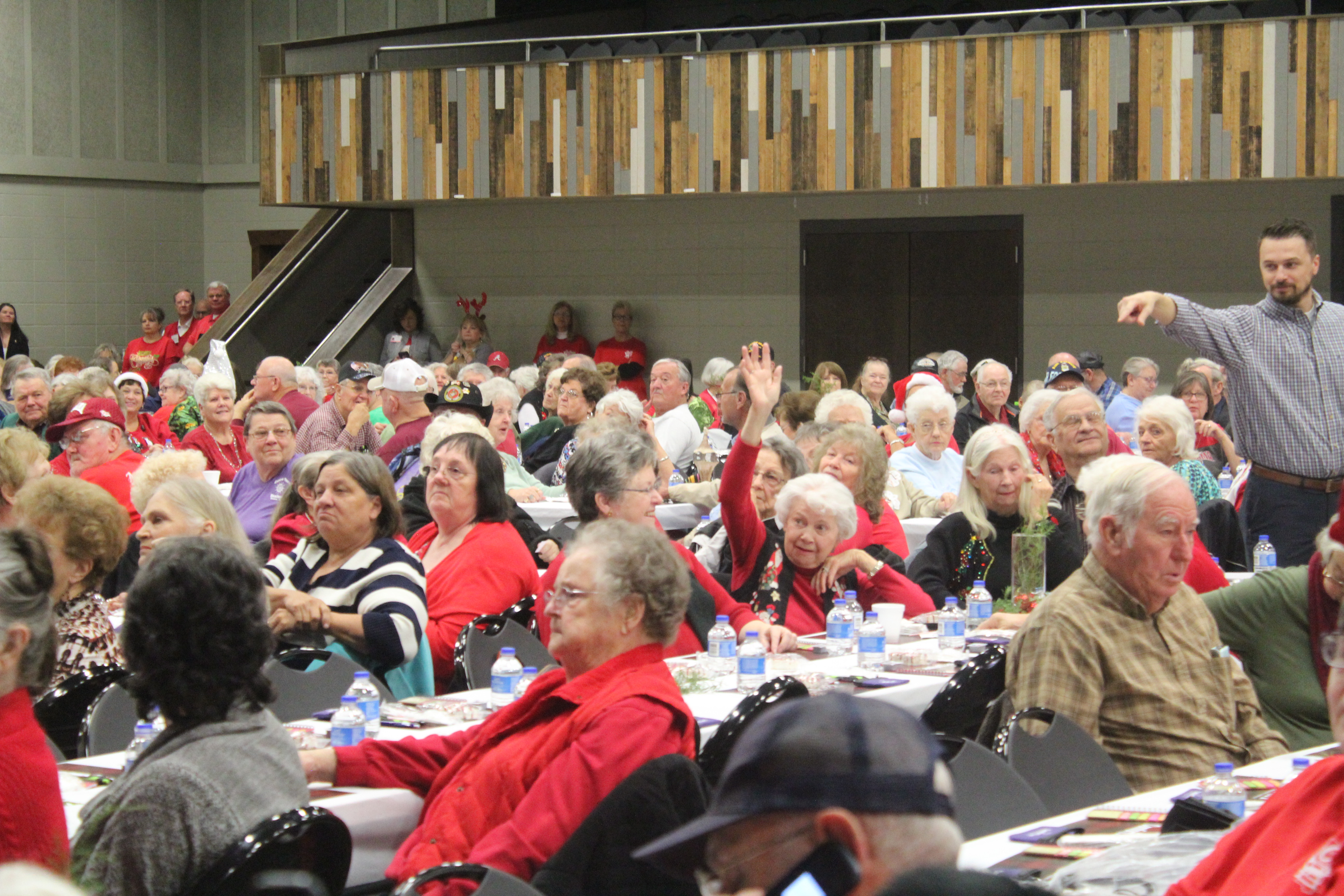 Cullman County Commission on Aging Director Dusty Baker was all smiles as he watched the guests dancing, laughing and having a good time.

Door prizes were given to the oldest veteran in attendance (97), Cullman’s state Senior Games winners, oldest man (97) and woman (93), and longest-married couple, married for 80 years.

Drawings for door prizes had everyone on the edge of their seats waiting for their number to be drawn. The Rowdy Bunch from the Hanceville Senior Center had a lot of fun. Dressed in matching shirts and festive elf hats with elf ears, the Rowdy Bunch loved watching everyone as their numbers were called, but one lovely lady added, “I just wish everyone could win!”

After dozens of prizes were given, the big prizes were brought out. Gloria Williams of Freedom Insurance Agency donated two $250 prizes and one $500 grand prize. Another special prize was a 50-inch Sharp flat screen television.

Vera Robinette of Cullman won the TV, laughing, “I guess I have an older television for sale now!”

Jane Clark of Cullman won the $500 grand prize. She was excited to share the moment with her friends Cookie Day and Judy Nelson.

An ecstatic Clark said, “I’ll be able to put a few more gifts under the tree for my seven grandchildren. I’m going shopping.”