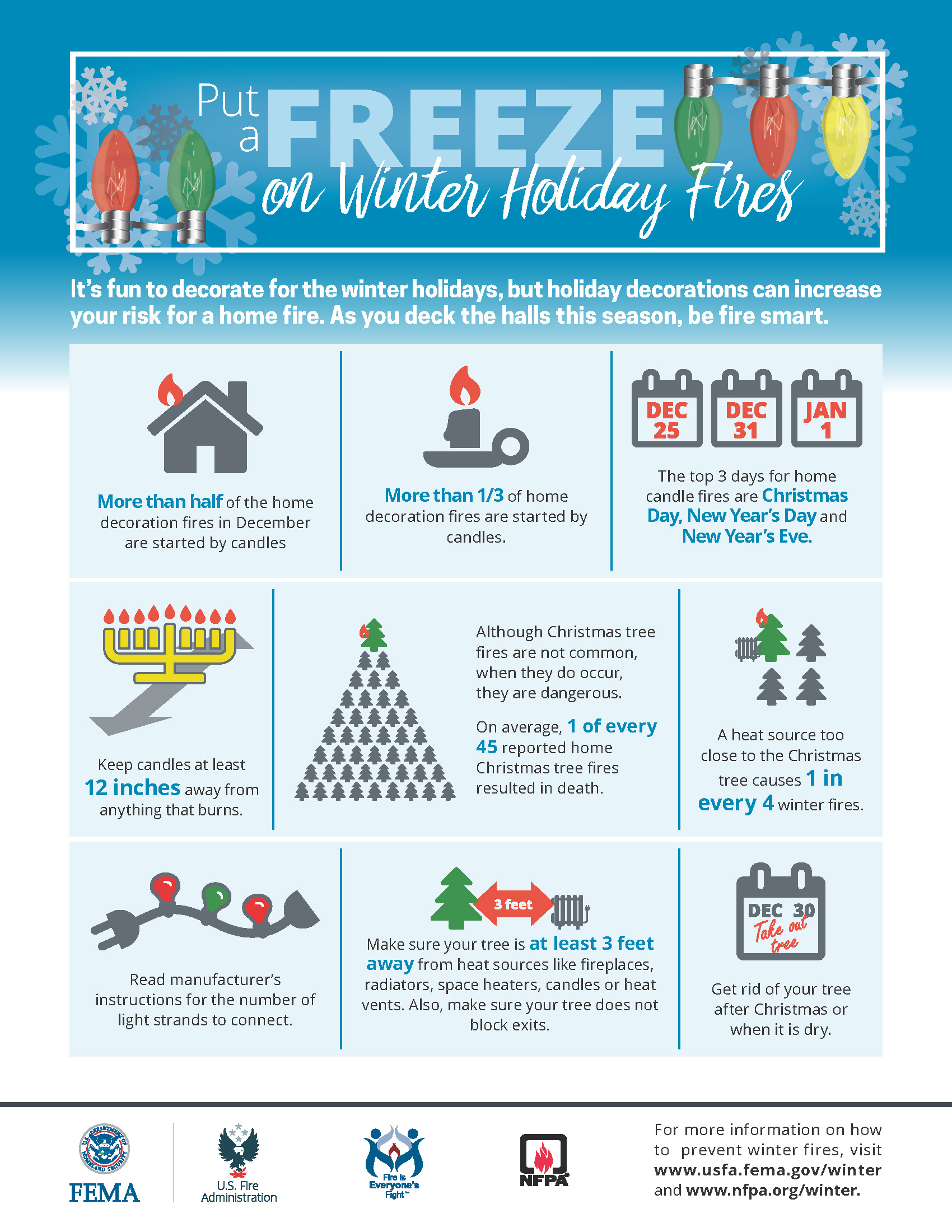 QUINCY, Mass. – Festive meals, flickering lights and holiday decorations are all hallmarks of the holiday season. However, Christmas trees, candles, electrical decorations and cooking all contribute to an increased number of home fires during December, making it one of the leading months for U.S. home fires.

To help everyone enjoy a fire-safe holiday season, the National Fire Protection Association (NFPA) is encouraging everyone to be aware of potential fire risks, and to take steps to minimize them.

“Fire can quickly turn this festive time of year into a tragic one,” said Lorraine Carli, vice president of NFPA’s Outreach and Advocacy division. “Fortunately, when decorating your home and entertaining guests, following some simple safety precautions can go a long way toward enjoying a fire-safe holiday season.”