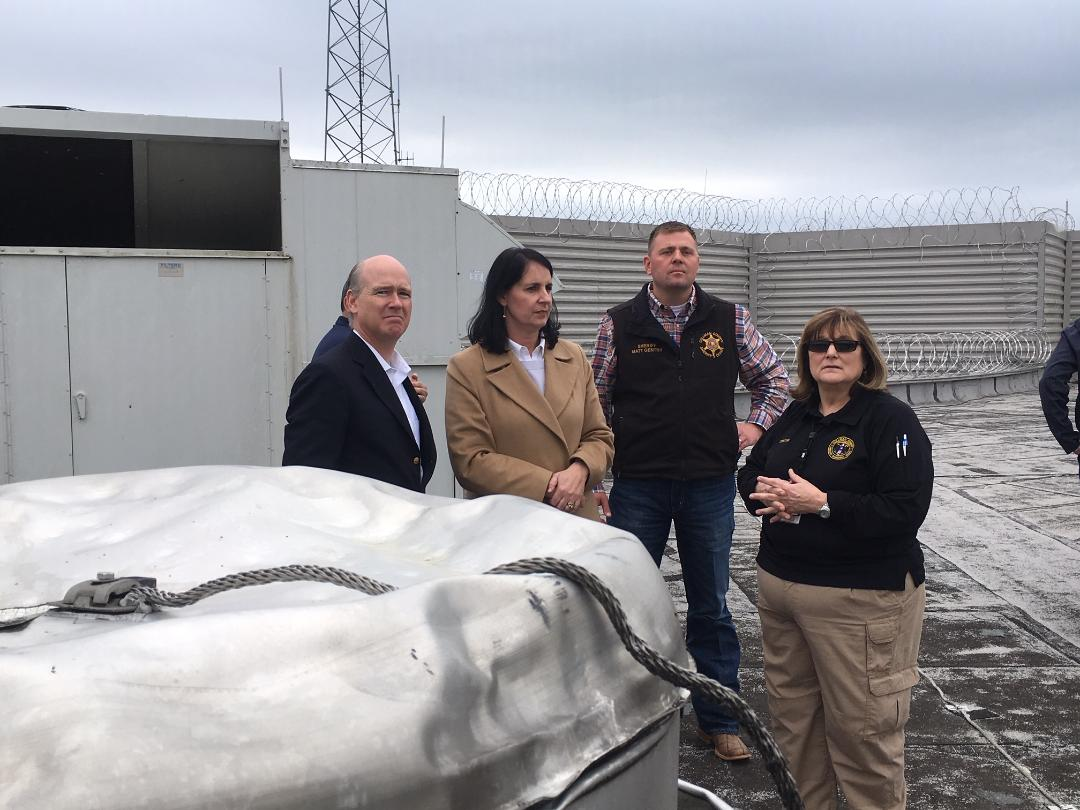 CULLMAN – This week, more than eight months after the devastating March 19 hailstorm wreaked havoc on much of Cullman’s south side, the Cullman County Commission was finally able to award bids for roof repairs at the Cullman County Sheriff’s Office (CCSO)/County Detention Center complex.

Commissioner Garry Marchman told The Tribune, “I know the folks with general contracting that we hired are trying to coordinate things, and it was a long, drawn-out process to get insurance coordinated with contractors, with what needed to be done at the jail and stuff.”

Three separate project contracts were awarded at the commission’s meeting on Tuesday:

According to Marchman, a specific timetable has not been set, but he said that company representatives informed him that they hope to begin as soon as possible.

The commissioner was also quite pleased with the amounts of the bids, saying, “I think our insurance company had originally projected $1.4 million; we’re at $800,000, so we’re well under what they projected.  I think the insurance is going to cover most of it.”

Once the roofs are completed, there will still be another phase of repairs to do, including HVAC unit replacements and treatment for mold that has occurred as a result of continuing leakage through the patched roofs.

Sheriff Matt Gentry said of the progress, “We look forward to getting it done and moving forward to get the building and everything back in shape.”