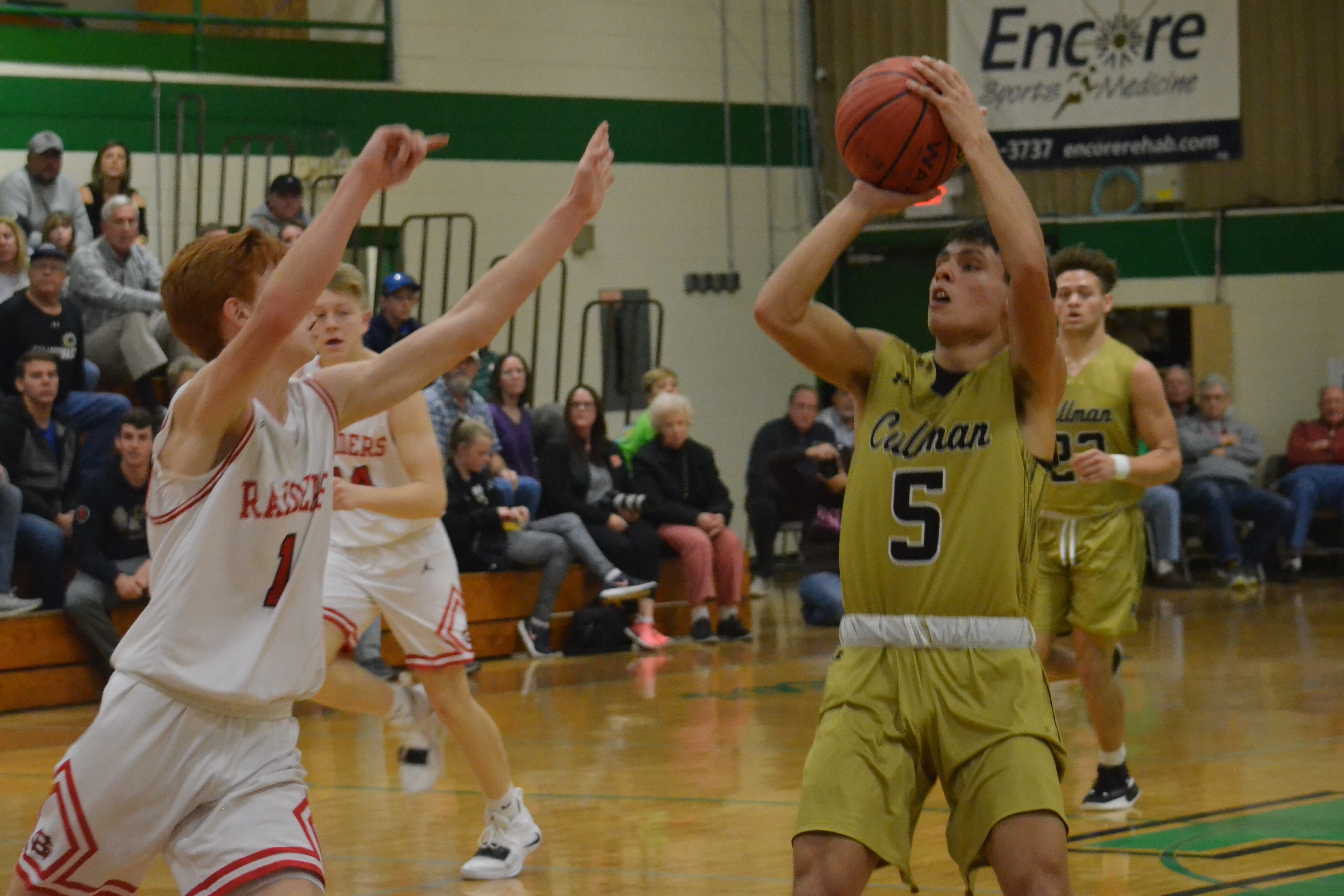 HOLLY POND – The 62nd annual Holly Pond Thanksgiving Tournament has come and gone and after three days of games on the hardwood, the Bearcats picked up a win in all three of their games to sweep their matchups with Fairview, Lincoln County and Good Hope. Lincoln County collected wins over Fairview and Holly Pond, Good Hope knocked off the Broncos on Tuesday and Holly Pond wrapped up the tournament with a win over Fairview Wednesday night.

The Raiders got out to an early 12-11 lead in Wednesday night’s first matchup against Cullman, but the Bearcats tore off a 16-3 run that put them on top 32-15 at the end of the first quarter. Both teams continued to run up and down the floor in the second quarter but couldn’t get a ton of shots to fall and the Bearcats led it 43-27 at the half.

It was more of the same in the third quarter. Both teams struggled offensively but Cullman was still holding onto a 53-38 lead after three. The fourth quarter was a different story. The Bearcats’ offense came alive in the final period and put 30 points on the board to pull away from Good Hope 83-53.

Noah Bussman led the charge for Cullman, scoring a game-high 24 points with seven makes from three-point range. The Bearcats hit 12 threes in the win. Jimnie Chau Le had a big performance for Cullman on both ends of the floor, scoring 12 points and coming up with three steals while JT White added 13 points and five rebounds.

The Bearcats will be back in action on the road against Haleyville Monday and Good Hope will get back on the floor when the Raiders travel to play West Point on Tuesday.

In our second showdown of the night, the Aggies and Broncos duked it out in a low-scoring, defensive-minded game that Holly Pond was able to put away in the fourth quarter. Holly Pond led the game 18-12 after the first quarter and managed to extend the lead in the second, making it 27-19 Broncos at the half.

A quick bucket from Caleb White and a three from Dow Nichols cut the Holly Pond lead to 27-24 but that was as close as the Aggies could get in the second half. Holly Pond’s Jordan Allbright knocked down a three at the three-minute mark of the third quarter to stretch the lead to double digits at 37-26 and Allbright came back with another shot from three-point range two possessions later to make it 44-26. The run at the end of the third put the Broncos on top 48-28 heading into the final period.

The scoring slowed back down a bit in the fourth quarter, but by that time the Holly Pond lead was too big and after Kyler Chaney knocked down a three inside of six minutes to go up 53-30, the Broncos pulled away to win it 59-38.

Chaney led the way for Holly Pond, putting up 20 points, 11 rebounds, three blocks and four steals in the win. Allbright was second in scoring with 10 points and Tyler Boatright got involved as well, scoring eight points and pulling down nine rebounds for the Broncos.

Dow Nichols was the leading scorer for the Aggies with 10 points to go along with two steals, two rebounds and a block.

Fairview will be back in Holly Pond Monday night for a rematch with the Broncos starting at 7:30.