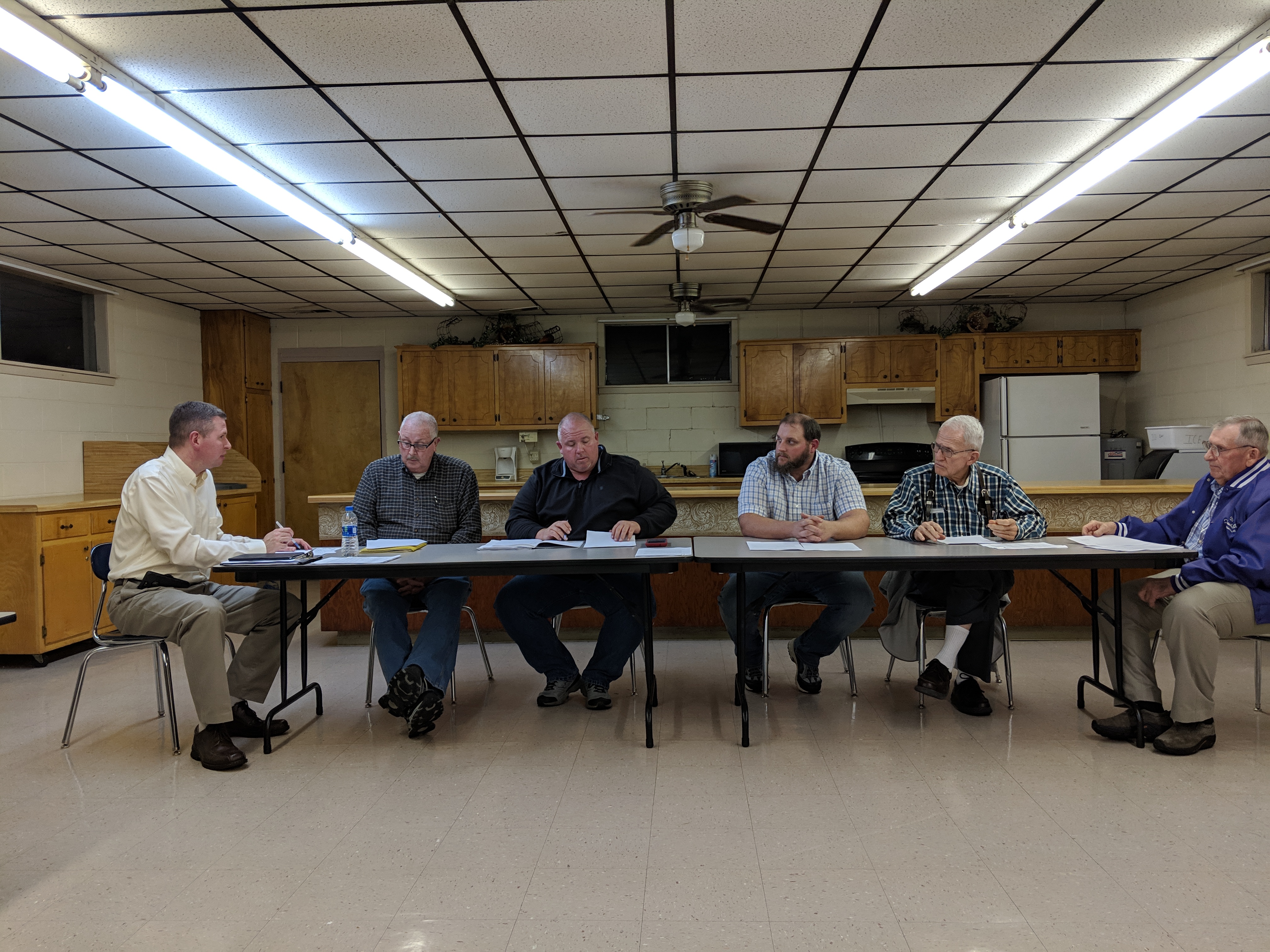 BERLIN – As the newest town incorporated in Cullman County, Berlin took several huge steps toward expanding its borders and improving the community at Monday's town council meeting, approving the Town’s first petitions of annexation – one for the Lovelady farm, the acreage of which will expand Berlin's size by roughly 20 percent, and another for a house connected to the farm which added two more citizens to the town's population. The approved annexations did not add any county roads, but Mayor Patrick Bates said he knows of several people ready to annex whose properties would likely include county roads.

On the topic of annexation, the council also approved a resolution to request an opinion from the Alabama attorney general on two statutes it says conflict about the annexation of county roads. One statute states that if the Town were to annex property including a county road, the Town must immediately begin paying for the road's maintenance; the other, for which the Town has already passed a resolution, gives the Town a grace period until May 1, 2020 before taking over maintenance for those roads.

The council is eager to have the conflict resolved; Bates stated, "Since the majority of our tax money is based on population, and the population that will be used for the recalculation during the 2020 census will be based on whatever our boundaries are on Dec. 31, 2019, it would be in our best interest to do some annexations prior to the census."

On community projects, the council discussed the addition of street lighting at the intersection of U.S. Highway 278 and County Road 747. Due to a slight misunderstanding with the engineer about getting price quotes to light the north and south sides of Hwy. 278 at the intersection, lights were installed on the existing poles and transformers on the north side about two weeks before the council meeting without the council's approval. Because the engineer admitted fault on his part, the work order was held open until the council decided whether or not to keep them. Bates reported that the cost of operating all the lights would be roughly $60 per month, and other councilmen reported positive feedback from the owner 278 Rock Grocery, employees of the Berlin Plaza Quick Stop and the Berlin Volunteer Fire Department about the increased visibility at night. The council voted unanimously to keep the installed lights.

The council finished the meeting with two points of business regarding its rental of the Berlin Community Center to use as a town hall. The current agreement is that the council can have the center on every non-holiday Monday, which presented some problems for December and January. For December, Christmas Eve and New Year's Eve both fall on Mondays. To avoid any conflicts with residents who might want to use the community center, the council voted to "close town hall" those two days. It also moved the date of January’s council meeting back a week to Jan. 28, 2019 as to not conflict with Martin Luther King, Jr. Day.

The next regular council meeting will be Monday, Dec. 17 at 7 p.m.