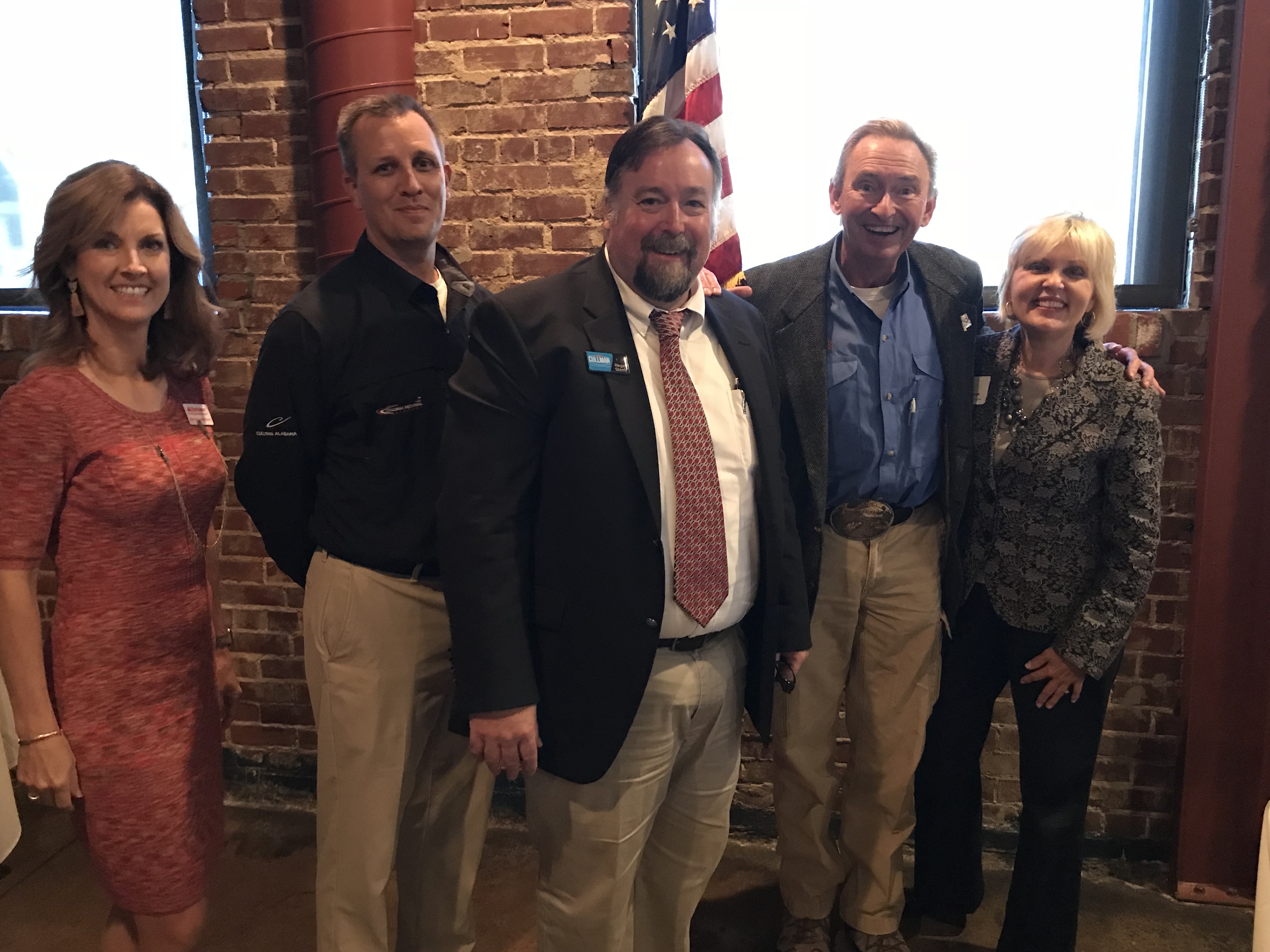 “Absolutely Alabama” features people, places and events that make Alabama unique; Hunter joked, “We do have a special affinity for Cullman, and Ty Watwood, an executive producer, might be the reason. He makes a point to let everyone know that he is from Cullman County.”

The show has featured many popular people and places of Cullman County over the years, including Roy Drinkard, Duchess Bakery, Gibbs Spur Company and the Ave Maria Grotto, to name a few.

Hunter recalled, “One of my favorite compliments came from Coach (Kyle) Morris at Cullman High School. The show would come on Friday nights and the coach explained how he would turn the TV on and the coaches would watch the show. It helped to calm them down after being riled up after a game. Coach Morris helped establish a Science of Alabama history class at Cullman, which was influenced by some of the stories. He wanted kids to explore how weather, rivers, terrain and other scientific things influenced the history of Alabama.”

Hunter said the main takeaway he hopes people get from the show is: “Experience your own state. It’s your state!”

He spoke of individuals who were unaware of waterfalls existing in Alabama or had no idea how beautiful Alabama’s beaches are.

“Alabama is amazing, beautiful and full of amazing places and people. Travel Alabama and spend your money in your state.”

Some of Hunter’s favorite stories outside of Cullman are about a young man named Clay Dyer.

“Clay is a pro bass fisherman despite not having arms and legs. This young man has the most positive outlook and attitude.”

Hunter had the entire room laughing as he told stories of attending a coon dog funeral at the Coon Dog Cemetery in Cherokee and the chuck wagon races at the Seven Springs Lodge/Rattlesnake Saloon in Tuscumbia.

Special guests at the luncheon included fourth and fifth graders from St. Paul’s Lutheran School and members of the Pilot Club of Cullman.