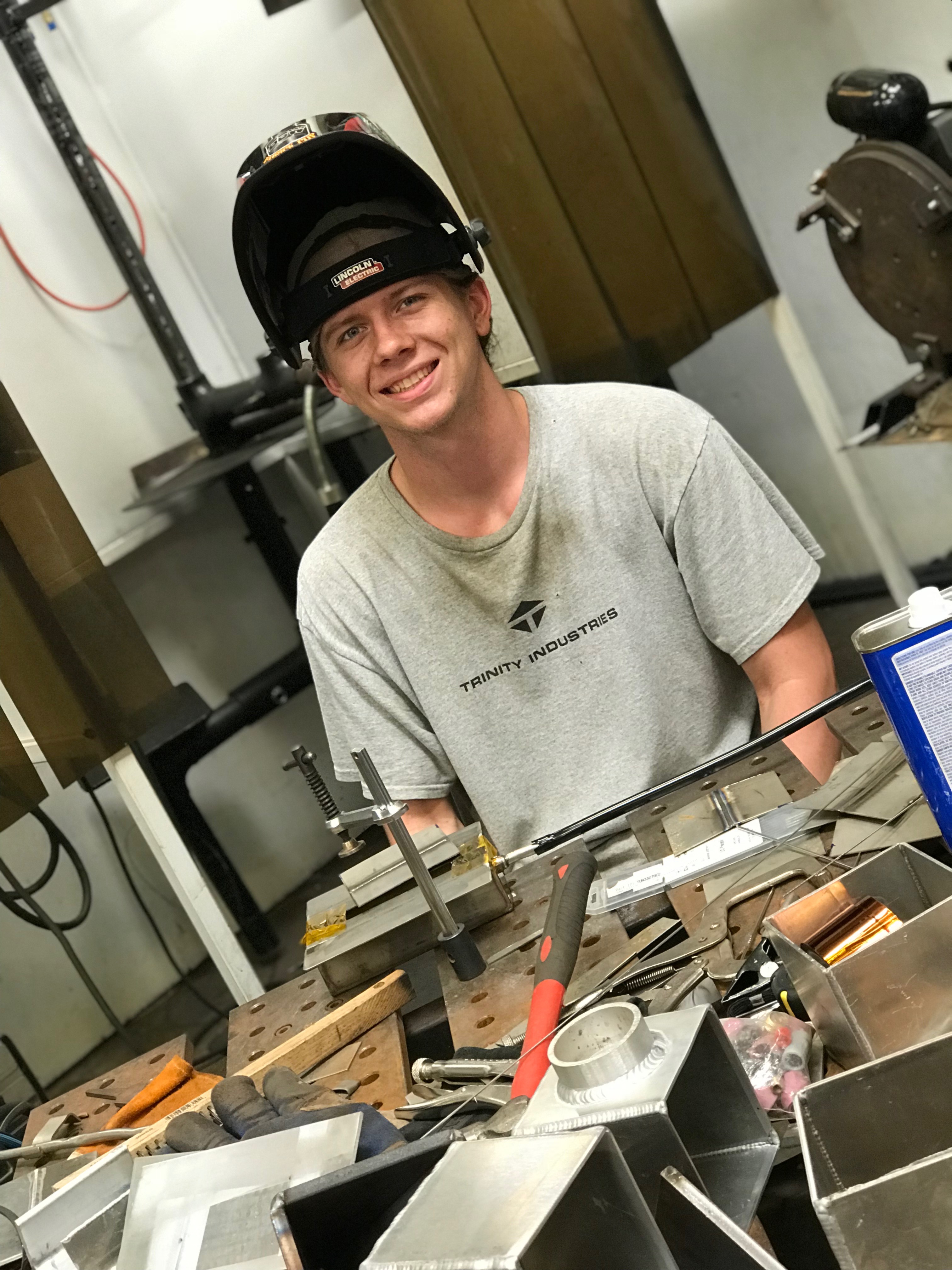 Jacob Humphrey is a sophomore welding student at Wallace State.

HANCEVILLE – Wallace State welding student Jacob Humphrey knows what it takes to be a state SkillsUSA champion. He’s now attempting to be among the top six students in the United States to qualify for the American Welding Society/SkillsUSA world competition.

Since enrolling at Wallace State during the summer semester, Humphrey, has devoted a myriad of hours each day to the competition, completing a variety of welds at different checkpoints.

All of Humphrey’s preliminary welding projects are to be completed by Oct. 5. In the AWS U.S. Invitational Pre-Trials, he’s competing against a field of 22 previous SkillsUSA winners over the past two years.

“This has given me the drive to compete and better myself. Some people don’t get this chance to improve in their career choice or have the chance to take the next step. I know there’s someone out there competing who might be as good or better than me, so that’s a motivating factor. When it’s all said and done, you’re really competing against yourself, trying to make a better weld than you did yesterday,” Humphrey said.

Humphrey earned a state SkillsUSA championship in welding at Brewer High School before enrolling at Wallace State at the outset of the 2018 summer semester.

“Jacob hit the ground running once he came to Wallace State. I’m proud of him. There’s been a lot of work to do and he’s learned a lot. His progression is like daylight and dark,” said Wallace State welding department chair Jim Thompson. “Jacob has been 110 percent dedicated to the process and given up other things to be focused solely on advancing. All of his focus and effort is required.”

Since late July, Humphrey has been required to submit different welding projects on certain dates, including stainless steel, aluminum and test pipe tasks, among other welds.

The projects are sent to various parts of the United States, where they’re evaluated and scored.

If Humphrey is chosen to advance, the next step is the AWS U.S. Invitational Weld Trials beginning Oct. 15. The field is whittled down from six to three contestants in the second round.

Humphrey’s ultimate goal is to be representing Wallace State at the WorldSkills Competition in Aug. 2019 at Kazan, Russia.

“Jacob will come out of this process a better welder than he ever could have imagined. He’s going to get better and better and become one of the top welders in the nation,” Thompson said. “Welding is a lifelong learning process, and that’s what we have to continue to tell students who are interested in a welding career.”