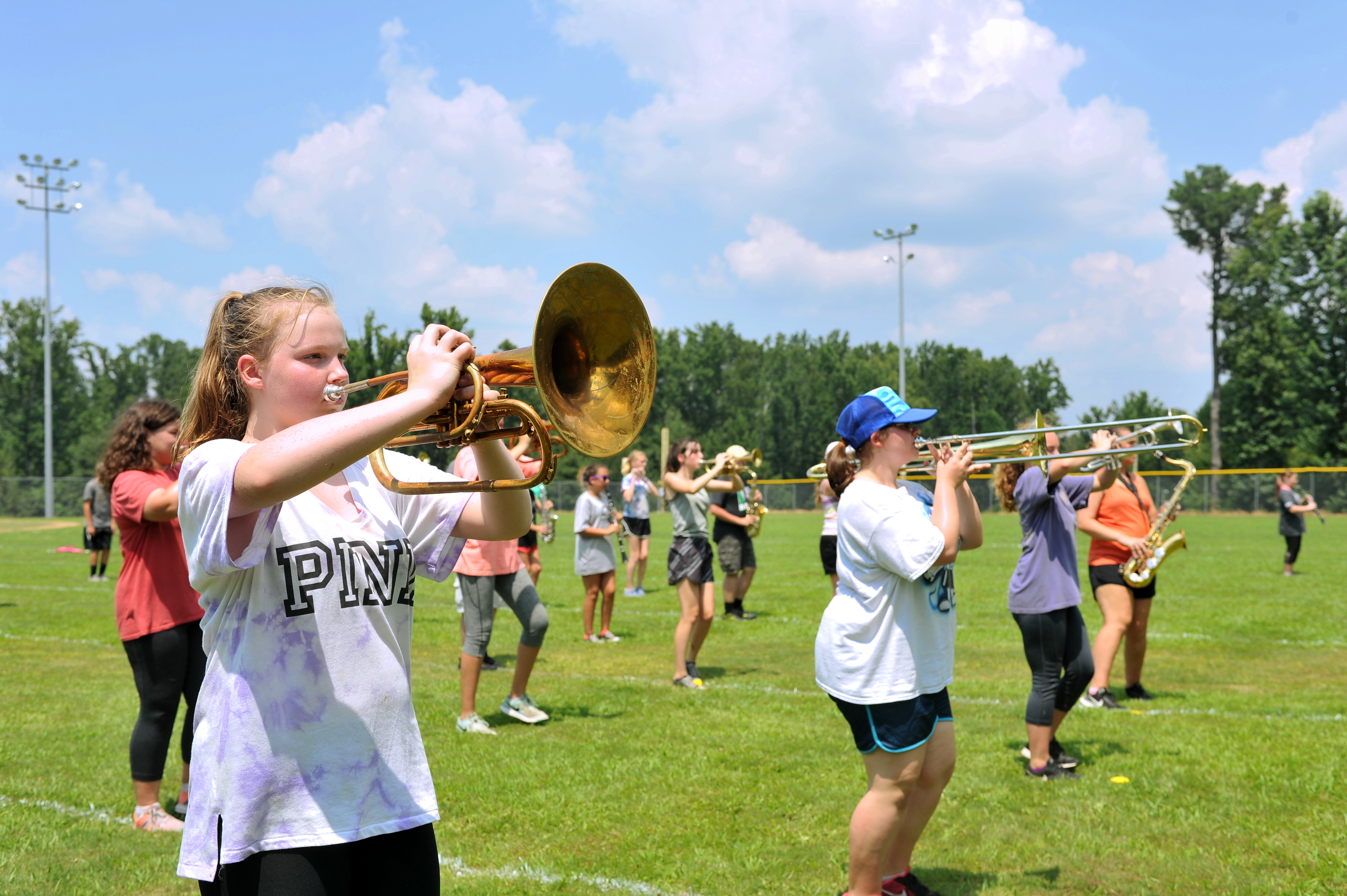 HOLLY POND – High school football is not the only thing set to kick off next week. Each of the 10 area schools in The Tribune’s coverage area also has a marching band, members of which have been practicing for weeks for the upcoming season. Holly Pond High School (HPHS) Bronco Band Director Evan Curtis said the Bronco Band’s halftime show will feature some familiar tunes for many.

The HPHS band may have reduced in size this year slightly, but Curtis still looks forward to a great year.

“We're just a tad smaller this year, but it's about the same size as last year,” Curtis said. “This will be my second year. I have a year under my belt now, so we're going to be even better this year.”

After marching season concludes, parents and fans can look forward to even more performances by the HPHS band.

“Once we finish out marching band season, we'll go into concert band,” said Curtis. “So, we'll be getting ready for a Veterans Day program, we'll do a Christmas concert and we'll probably whip out the marching instruments again and do some Christmas parades.”