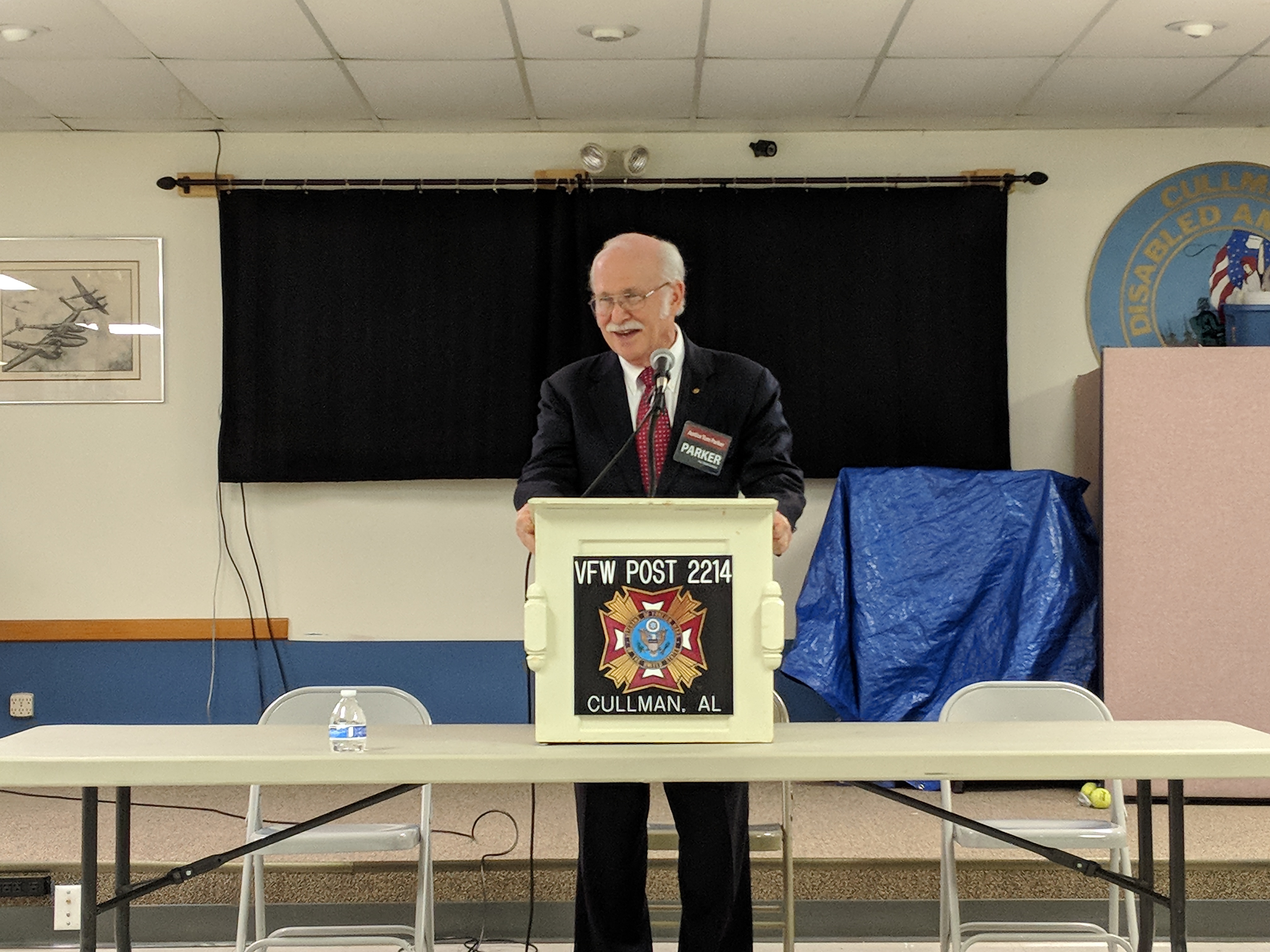 Parker expressed his gratitude for the nomination to the CCRW. He said his legal career has revolved around the nationwide movement to preserve religious liberties, getting involved with issues like prayer in school and lobbying to preserve family values in the legislature. Parker said he feels confident about what he can accomplish as chief justice, saying many of the people who were working in the legislature while he was lobbying are still there and have supported him greatly.

"I pledge to use my position to help turn this country back around," he vowed.

In organization business, CCRW president Jacqueline Schendel shared the results of the group’s Boston butts fundraiser that started in June, saying the women sold 153 butts, greatly exceeding last year's total of 91, and raised more than $2,000. The member who sold the most butts for a $50 cash prize was Rillis Gravitt, who sold 14 butts and asked that her prize money be given to Cullman Caring for Kids, the nonprofit the group voted last month to support for the remainder of 2018.

The CCRW is collecting non-perishable foods for the Cullman Caring for Kids food bank. The food drive will continue through September and October, and the group will take up monetary donations in November. The CCRW has pledged to match the amount its members donate.

– approved a donation of $2,000 to Scott Stadthagen, candidate for Alabama House of Representatives, District 9

– approved a donation of $250 to incumbent coroner Jeremy L. Kilpatrick, who is being challenged by Democrat Gary Murphree

– approved spending up to $4,000 to buy student booklets about the U.S. Constitution and Declaration of Independence for all fifth graders in public and Christian schools around the county