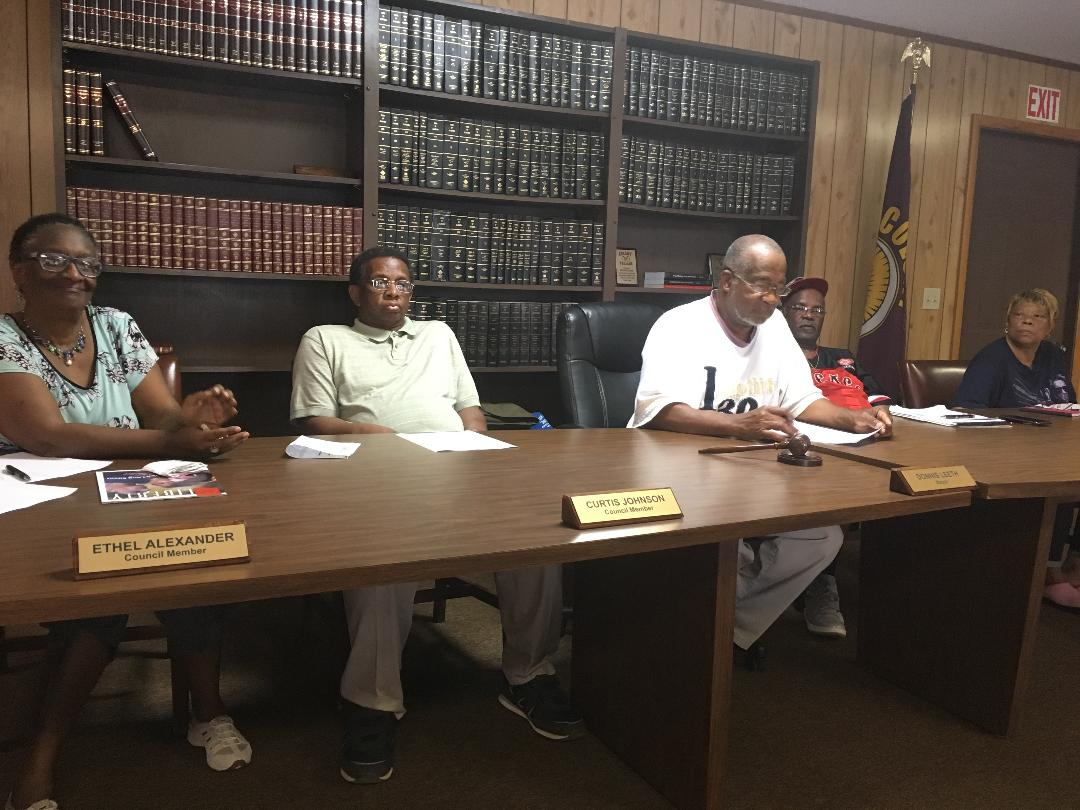 COLONY – On Tuesday evening, the Colony Town Council had no agenda items and voted on no motions, but spent time talking in detail about several issues related to the future of the community.

Colony’s Carpenter’s Cabinet community food pantry is closer to opening.  It will be located in the Educational Complex, and a board of directors has been named: Carpenter’s Cabinet founder Christopher Warnick, Leeth, Colony Town Clerk Patricia Ponder, Councilman Samuel Ashford and Councilwoman Mary Parker.  American Proteins has given a monetary contribution to help get the operation underway, and the board has filed for nonprofit status. The pantry will need volunteers, and is seeking donations of a refrigerator, shelving and monetary gifts.  The pantry will provide free groceries to families in need.

After Councilman Curtis Johnson canceled the federally-funded summer feeding program early due to low attendance, Colony might not qualify to participate next year.  One big reason cited for the lack of participation was a lack of hot food. Without enough volunteers to cook, leaders served cereal, sandwiches and other “cold” foods.   Leeth said he would contact the regional program coordinator to see what could be done, while council members discussed ideas for reinvigorating the program next time, including offering meals for sale to adults in addition to the free meals provided to kids, in order to pay for people to cook.

After the completion of its summer enrichment program that was funded by a grant secured through Cullman’s Benedictine Sisters, that ran concurrent with the feeding program, coordinator Sister Margaret will be meeting with Ponder and Councilwoman Ethel Alexander to review this year’s program, in preparation for next year’s grant application.

After the recent death of a Colony resident, questions were raised about the town’s access to emergency medical services, especially 911 calls that often go to Blount County instead of Cullman County, and long wait times.  Ponder pointed out that Leeth and Air Evac Lifeteam have an agreement for a helipad to be built on the edge of the town park across from town hall that will allow rapid transport of severe cases. Leeth encouraged everyone to contact Cullman County 911 to register their addresses and phone numbers.  Residents are also encouraged to give their location immediately to dispatchers if they call 911, to get their calls routed as quickly as possible.

The town recently accepted a bid for a community storm shelter to be built between town hall and the Educational Complex.  A timetable for construction has not been established yet.

Colony has received grant money to construct a community garden at the Educational Complex.