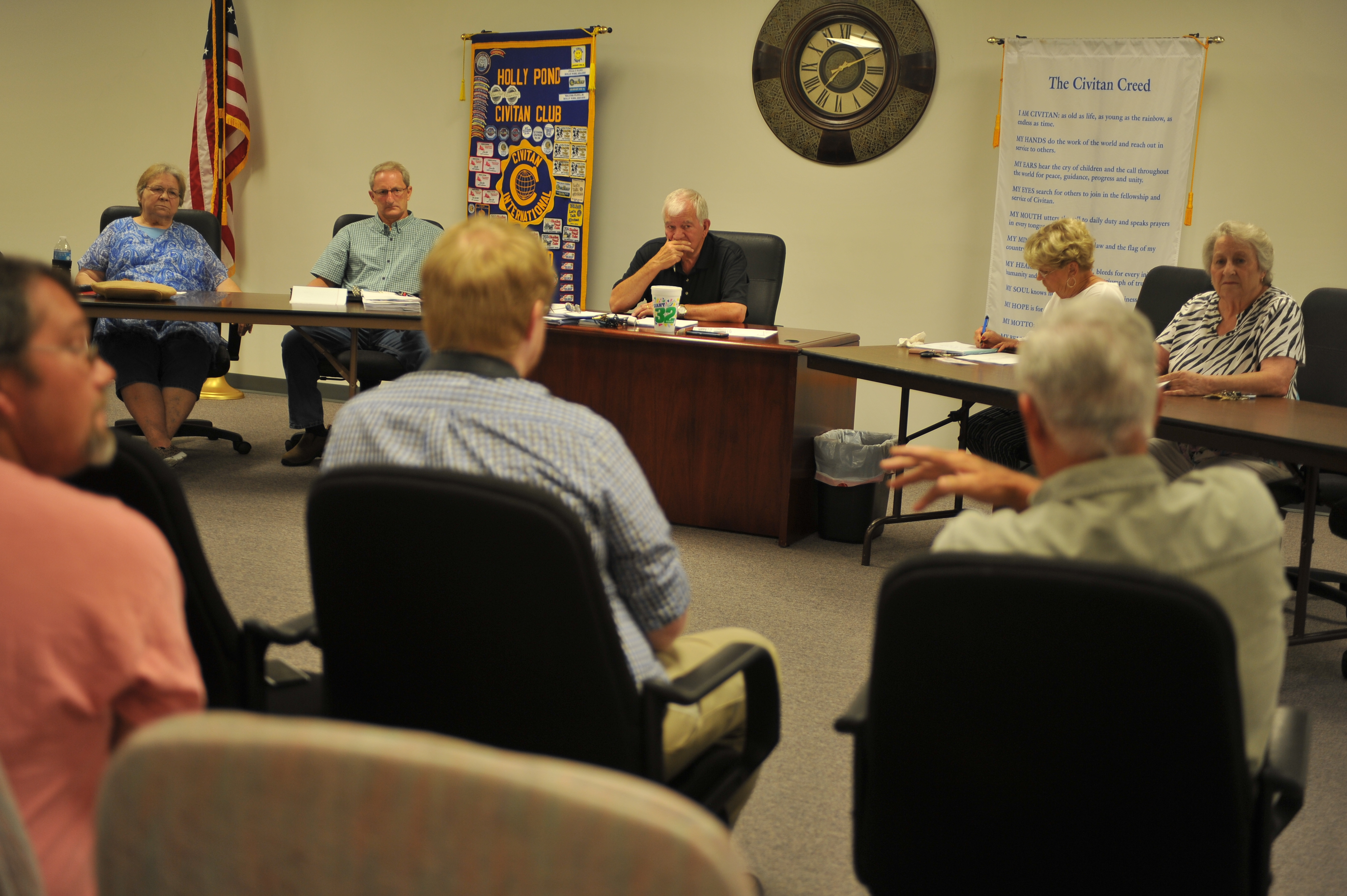 A citizen of Holly Pond (bottom right) speaks to Holly Pond council members during their monthly meeting at the Guy Hunt Library & Museum in Holly Pond. (Hayden Hyatt for The Tribune)

HOLLY POND – Holly Pond Town Council members approved a motion to remove rumble strips on Brooklyn Road in favor of other speed reducing measures at their meeting on Monday.

A few community members brought up their issues with the noise caused by the rumble strips on Brooklyn Road at the meeting. The citizens cited lost sleep over early morning disturbances caused by the noise when a vehicle travels over the rumble strips. Later in the meeting, council members approved a motion to remove the strips and look into other ways to reduce speeding on the road.

The council approved a motion to allow the Town to upgrade the old heating and air system in the antique store, Middle of Nowhere. The building is owned and leased by the Town. The system has had many problems and the council decided it was time for an upgrade.

Council members also approved a motion to allow Mayor Bill Oliver to get street lighting installed for any intersection that is currently without lighting. Mayor Oliver says this should bring lighting to three to four intersections.

Oliver updated the council on the progress on the new storm shelter. The mayor said all utilities except for gas are in place. He is hoping for the gas to be in place by the end of the week.

Oliver also updated the council on the leveling and resurfacing on various roads in the area. The mayor hopes that the pavers will be able to get started next week on the project.

The council decided on a motion to allow the library to close at 5 p.m. as opposed to 6 p.m. and to move the current librarian to full time. The Library Board suggested the change of time due to infrequent use from 5-6 p.m.

Council members also voted to move their next meeting date due to Labor Day. The next meeting of the Holly Pond Town Council will be at the Guy Hunt Library & Museum on Sept. 4 at 7 p.m.