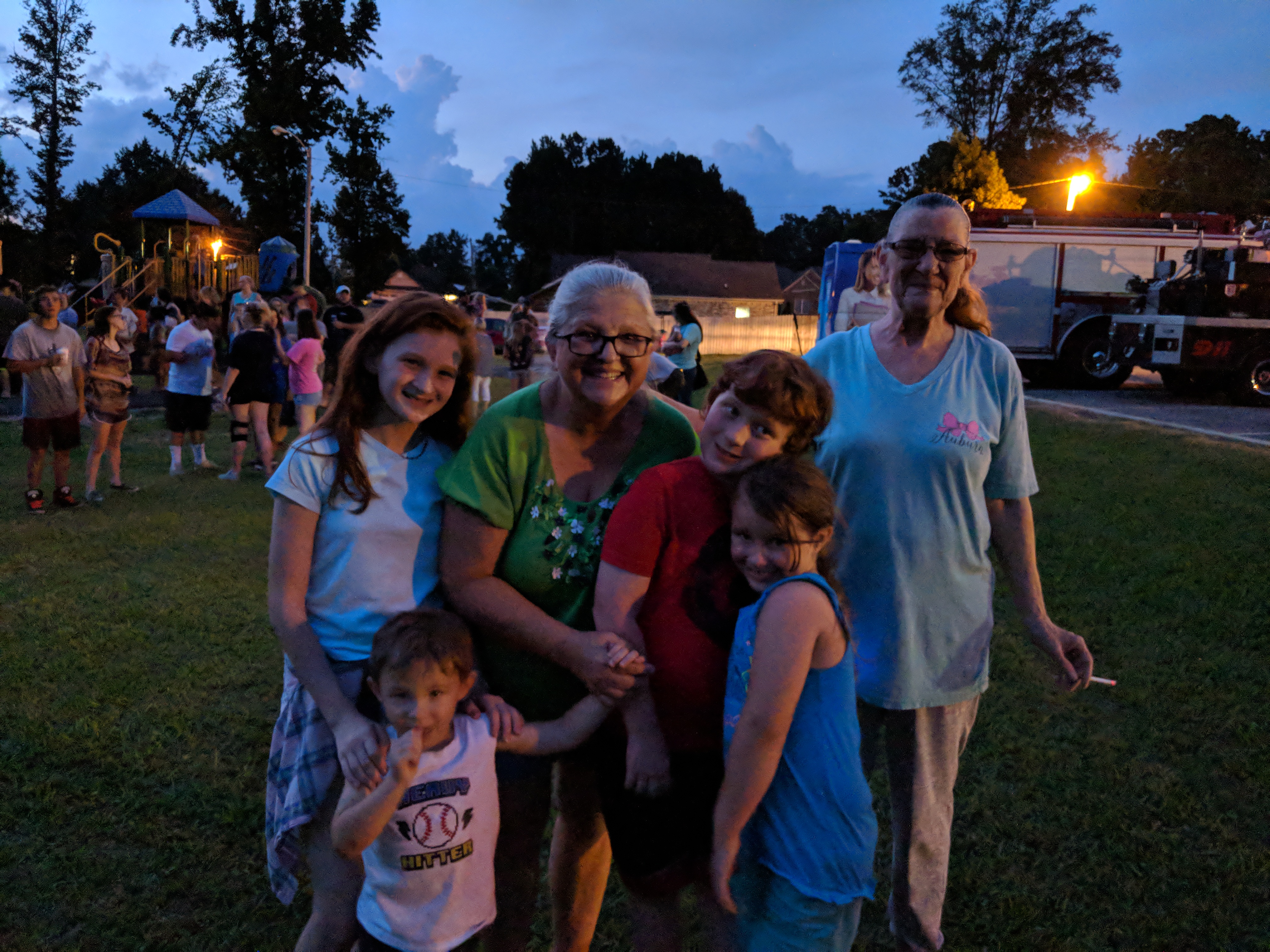 Wilma Whateley, center, attended the event with her family, “We’ve had so much fun!” (Heather Mann for The Tribune)

HANCEVILLE – To help students celebrate the start of a new school year and enjoy one more day of summer, the City of Hanceville held its annual Kids’ Night Out at C.W. Day Park on Friday. This year marked Hanceville's 10th year throwing the celebration, and it's only grown bigger each year. Final attendance numbers are not in yet, but Friday’s event promised to be the biggest so far, as the 10th anniversary brought a special new feature with it: a fireworks show that ensured the party didn't stop after 8 p.m.

According to one visitor, this year was so big that all the food vendors were completely emptied out. Wilma Whateley, former teacher at Holly Pond High School and full-time grandmother, said, "We (she and her grandchildren) have had so much fun, we've had a blast, but everyone's out of everything!" The people giving out the refreshments confirmed this; the food had been cleaned out.

Of course, food wasn't the only thing there. Kids could enjoy the inflatable bouncy slides and a small train ride around the park pulled by a tractor, athletes could try to scale a rock climbing wall, and anyone of any age could hop on the mechanical bull (speeds were adjusted for younger riders), jump in the pool, or get their faces painted. Emergency responder vehicles from all around the county were also on display around the park, including a classic firetruck from Hanceville and the Air Evac Lifeteam helicopter, which took off shortly before the fireworks began.