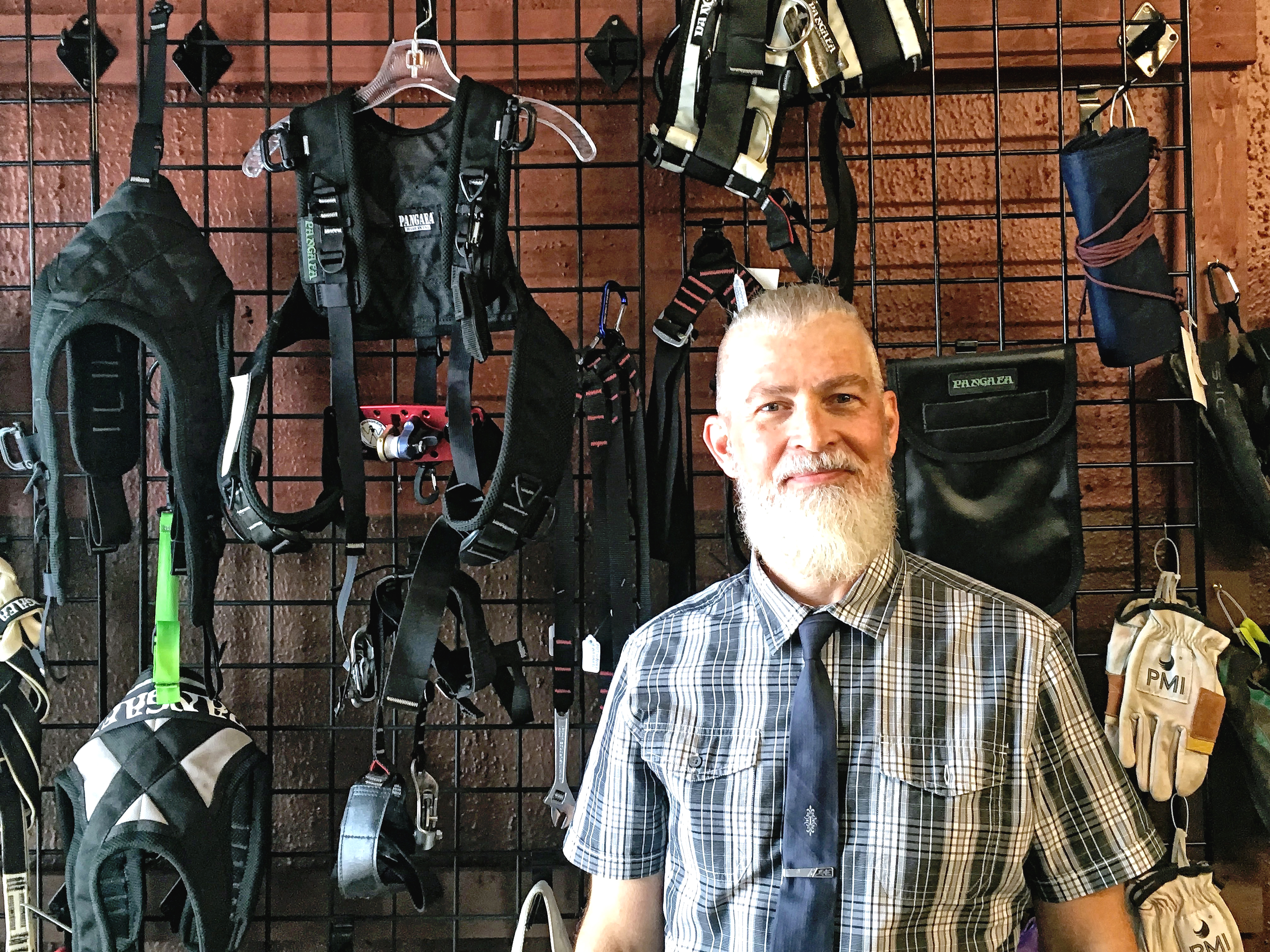 HANCEVILLE – When talking about what downtown Hanceville was like just a few years ago, a remarkable number of people have applied the same adjective: “dead.” There certainly were businesses around, and some doing well, but place after place in the business district sat empty and unused, and run-down properties were common.

Over the last three years, that has changed. New businesses are popping up regularly as downtown properties are being renovated to be business-ready, and the district is even becoming residential as loft apartments are under construction.

Nolan Bradford owns Bradford Development and holds a partnership in Welcome Back Hanceville; two entities that have led much of downtown Hanceville’s revitalization. Recently, he sat down with the Tribune in his Commercial St. office to talk about what has been happening.

“In the last three years–and I would say that’s when Hanceville started being revitalized, it started with this office,” said Bradford. “I drove by and kind of said to myself I’d love to have a little office in Hanceville; this would be a good start . . . All that started on September 3rd or 4th, 2015. So, just a few days from now, it’ll be three years all this has happened down here.”

New businesses (2015-present, by Bradford Development, Welcome Back Hanceville, and others) in Hanceville’s business district on the east side of Hwy. 31 include:

Making the move to Hanceville

John Wesley became known as the “Warehouse Barber” when he moved into a spot in Bella Faire Day Spa and Salon in Cullman’s increasingly prestigious Warehouse District. When the time came to get out on his own, he found his compass pointing south to Hanceville’s Main St. (Hwy. 31), where he and wife Nicky Thomas-McCrary opened The Warehouse Barber’s Emporium. The new place is still a barber shop, but has been expanded to include outdoor recreation/survival equipment, vintage stereo equipment, and a collection of gifts and decor with a definite man cave flavor.

Wesley told us, “First off, my wife and I only live about five miles from Hanceville, just in Center Hill. And the commute to work was one of the first things: we thought, ‘Oh, it’s going to be so much closer!’  And, after looking around for a new place there in the Warehouse District, it was hard to find anything that was within my budget, anyway."

“So we came to Hanceville immediately, and talked with our friends at Just Repurposed, and then Nolan Bradford, and (Hanceville Mayor) Kenneth Nail. And Kenneth was really great: he took me around, talked to several people that were renting, and made phone calls for me also, to help try to find a place. And, after shopping around just a little bit, we found right here on 31 for rent, or rent-to-buy.  And we were more than happy to come down here.”

Wesley and McCrary did their own property renovation, and have been pleased with the results. The barber end of the business has been successful enough to help fund the development of the emporium side and other upcoming projects, including classes on industrial sewing, hand-making Pinterest projects, and barbering– hair cutting, beard trimming, and tool care.

New kids on the block

Earlier this summer, Clint and Nikolaos McCormick opened Outbreak Games right in the heart of the downtown business district on Commercial St. (See our previous story http://cullmantribune.com/articles/2018/06/15/hanceville-welcomes-new-shop-and-gathering-spot-card-and-board-gamers).  Initially focused on fantasy card games, the business has quickly expanded with offerings of contemporary board games and role-playing games, in-house “Dungeons and Dragons” play on Thursdays, “Magic: The Gathering” on Fridays and Saturdays, and a monthly board game group. The brothers are also considering offering “Yu-Gi-Oh!” on Sundays and Mondays, and game tournaments in the future.

Around a month and a half in, Nikolaos McCormick told us, “so far so good: been able to pay the bills, had a lot of people coming in. Got some regulars coming into the store now, so can’t complain. Sundays and Mondays are still pretty slow but we think business will pick up soon.”

Reflecting on the experience of realizing a childhood dream in downtown Hanceville, he added, “It’s hard for me to look around and not smile. Like the first two weeks, you couldn’t wipe the smile off my face if you had a rag in your hand.”

The business district is also about to become home to loft apartments, as Bradford explained, “Within a couple of months, we’ll have four apartments on top of Outbreak Games. It’ll be three singles and one double. It’ll be very nice.”

If you’re interested in loft living over the local gaming HQ, you better move fast. Even with months to go until completion, two of the apartments (including the double) are already taken. Don’t worry, though; if you miss out, there are more lofts coming to Hanceville. According to Bradford, his long-term plans include apartments in the historic Romine building over QDS Boutique, over Just Repurposed, and possibly other downtown locations.

“Right now, everybody that’s moved in so far has done well,” said Bradford. “For the most part, everybody is doing really, really well, and everything’s feeding off everything else; which is really the way it’s supposed to, in a small town.

“They feed off themselves, once you get one or two in here. I mean that’s the goal, especially when you get people living down here and seeing what Hanceville has to offer, I think more and more will come.”

The area east of Hwy. 31 is filling up, so developers are eyeing other places. The first move in that direction will likely be to the west side of the highway.

“I’m kind of proud of what we’ve accomplished in three years,” said Bradford. “I want to see a return on my investment, and I think I will; but see Hanceville prosper at the same time, because driving through and seeing it dead like it was for so many years was just heartbreaking and depressing. And it’s not like that anymore, and things are looking up for the better, I hope. And it should just continue to feed off itself and do fine.”

Mayor Nail told the Tribune, “I think several different factors are coming together.  You’ve got some people who would invest in downtown. And, you know, I think what’s going to hit big–and I know Nolan’s just about through with his apartments above the old Blue and Gray Drugs–so I think that’s the key to downtown, is getting folks living downtown. So, you know, when folks are living down there, it’s definitely going to look more alive and there’ll be more businesses downtown, and that’s what we’re looking for.”

Nail cautioned, “I’ve got a lot of good comments about how people’s liking the way downtown’s looking . . . But they’ve got to remember: if you want downtown to succeed, if you want the small businessman to succeed, you’ve got to do business with him. That’s going to be the big push: folks can’t stay in business if folks ain’t stopping.”