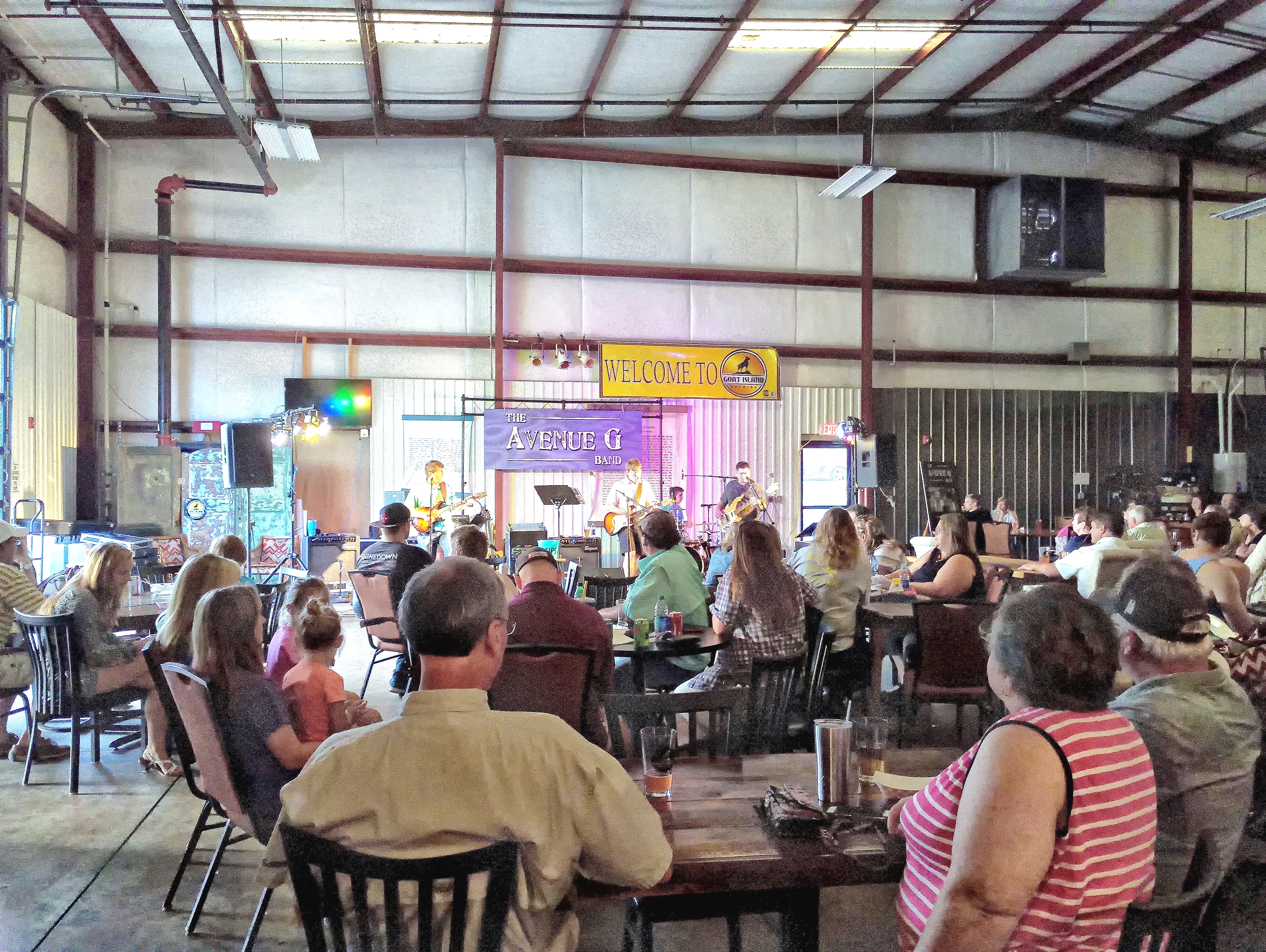 CULLMAN — A fundraiser was held over the weekend at Goat Island Brewing Co. to benefit Haleigh Moore and her fight against cancer. Moore has been battling a rare form of cancer known as MPNST (malignant peripheral nerve sheath tumor), and treatments have been going well; however, medical costs have continued to rise due to advanced treatment required for her condition.

Funds were raised for Moore’s battle through barbeque sales provided by Mad Dog Mike’s Bar-B-Que, tips for live entertainment and a donation by Goat Island.

Live entertainment throughout the evening including local musicians Walter Wells, Janessa Bryan and Jason Willingham, as well as Avenue G, donated their time and talent to the cause.

Mad Dog Mike (Mike Hayes) of Mad Dog Mike’s Bar-B-Que estimated that through donating 40% of the proceeds earned Saturday evening, he raised $400 for Moore. Hayes is no stranger to fundraising, having done several in the past for other causes. Hayes welcomes any request for a fundraiser and will do one “for any good cause.”

Goat Island Brewing Co. was glad to give a hand to a family in need. One of the founders and owners of Goat Island, Brad Glenn, said of the fundraiser and the company's involvement in the event, “We’re a community-minded business. We’re from Cullman, for Cullman, and for Alabama.”

Glenn also noted that Goat Island has held similar benefits in the past and is welcome to help others in the future, “If it’s good for us and for everybody involved, we’re glad to help. We like helping where we can.”