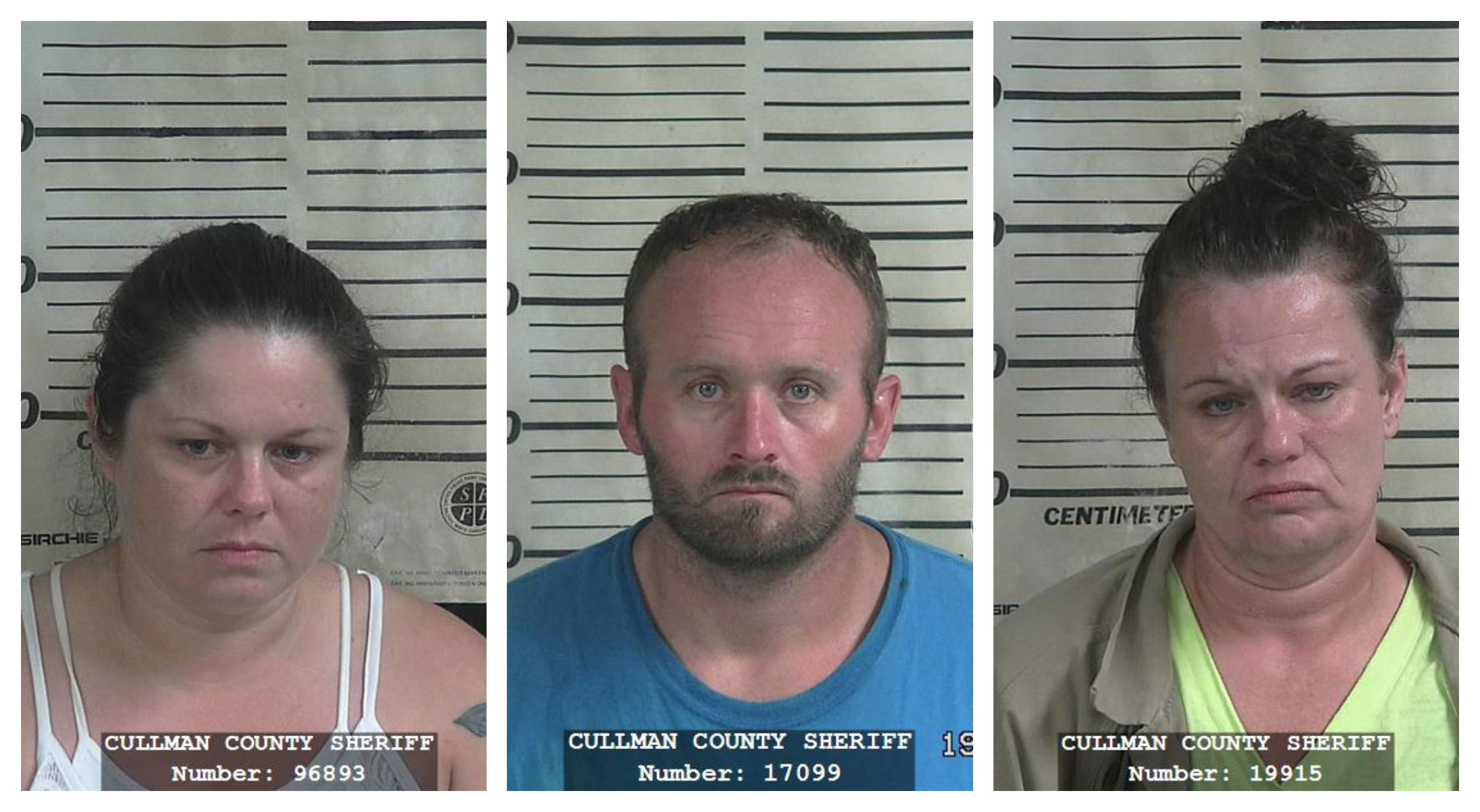 According to a media release from the CCSO, deputies on patrol in New Canaan on Saturday, June 30 noticed a suspicious vehicle at a storage unit on U.S. Highway 231. Upon stopping to investigate, a deputy discovered a domestic incident was occurring. While obtaining identification, the suspect, Chasidy Nicole Kirkland, 38, of Arab fled in a 2007 Ford Mustang.

The sheriff’s office said a short chase ensued, ending in Blount County, where Kirkland was arrested.  During the chase, deputies allegedly witnessed Kirkland throw a black bag from the vehicle. The CCSO said the bag was recovered off Hwy. 231 and contained “a large amount of meth.”

Kirkland’s arrest led to the seizure of approximately 27 grams of meth, $4,680 and 123-and-a half hydrocodone pills.

Kirkland was charged with trafficking in illegal drugs, possession with intent to distribute a controlled substance, reckless endangerment and attempting to elude. She is currently being held in the Cullman County Detention Center on a $656,000 bond.

In a separate incident, Cullman County school resource deputies patrolling in the Trimble area on Friday, June 29 conducted a traffic stop at the corner of County Roads 222 and 310. The deputies arrested Daniel Wayne Peek, 32, of Cullman after allegedly discovering approximately 50 grams of meth hidden in his vehicle.

Peek was charged with trafficking in methamphetamine. He has since been released.

In a third separate incident, the Cullman County Narcotics Enforcement Team (CNET) conducted a traffic stop at the corner of County Roads 222 and 813 on Thursday, June 28 after the driver committed multiple traffic violations. More than 50 grams of meth were allegedly discovered in the vehicle, belonging to Kristy Michelle Self, 42, of Bremen.

Self was charged with trafficking in methamphetamine. She has since been released.

“I think this is a blow to those who are selling meth here in Cullman County. This is a good amount of meth and cash that was taken out of our communities. We are sending a message: if you sell in Cullman County, you will be arrested,” said Sheriff Matt Gentry. “I would also like to commend the fine job all our deputies did, and are doing, plus the long hours they put in to make Cullman County a special place to live and raise a family.