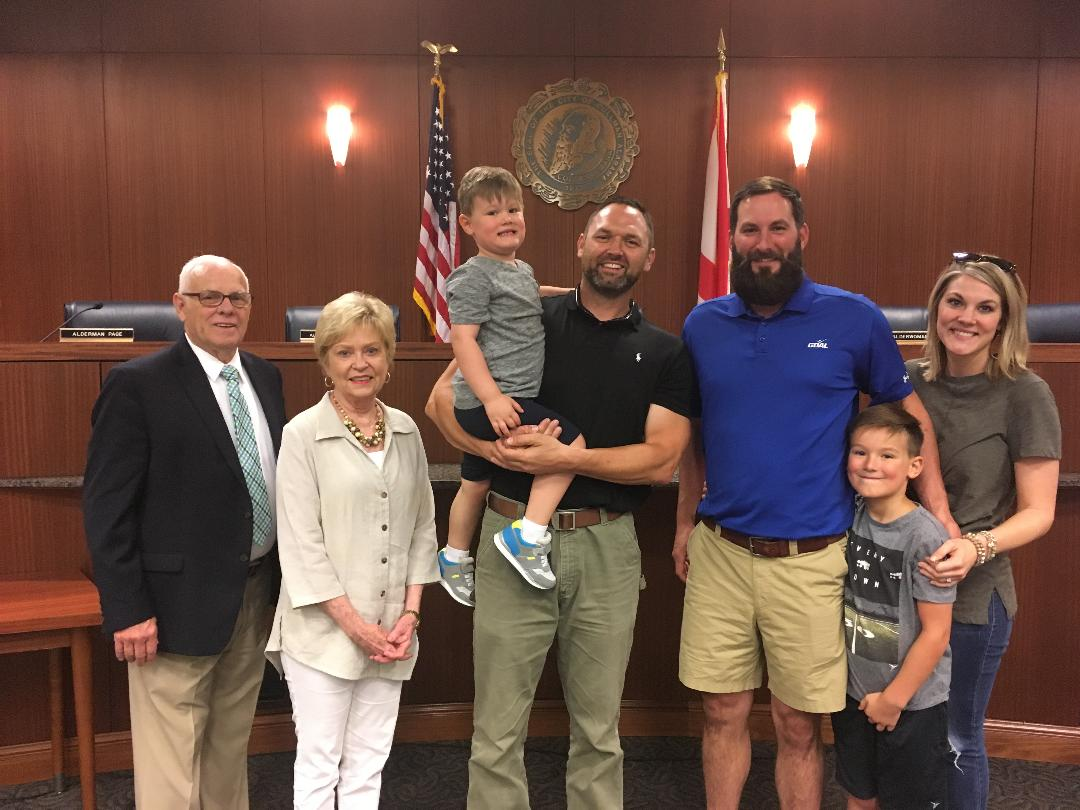 CULLMAN – On Wednesday evening at a special called meeting, the Cullman City Council authorized Mayor Woody Jacobs to sign a $375,579 contract with low bidder Jerry L. Johnson & Associates, Inc. to renovate the main soccer field at Heritage Park.  The project will be funded in part by contributions from Rock the South, and the city has submitted to the Federal Emergency Management Agency (FEMA) for grant assistance to provide additional funding, based on damage done to Heritage Park by the March 19 hail storm. According to the mayor, the City will make up any additional need through local funds.

Rock the South is known to take a toll on Heritage Park’s turf, for which RTS contributes substantial amounts annually to fund repairs; this year, however, due to planning and the covering of sensitive areas with plastic sheeting during pre-event rains, the impact of RTS was less than in previous years.  This time around, it was the weather’s turn to tromp through the park, denting metal roofs, breaking windows, and pock-marking turf with giant hailstones.

After the vote, Jacobs told The Tribune:

“We’re thrilled that we’re getting to be able to do this, after all the damage that the hail storm did to the fields.  It was really unbelievable: it looked like you’d turned a herd of cows out. I mean, it was just so bad.

“FEMA people were here assessing damage and saw it.  They couldn’t believe how much damage there was. So we feel good that we’re going to be able to get some assistance through FEMA and then some of our local money, and get the fields built, because when we built them, youth soccer hadn’t evolved to what it is, so they weren’t built the way we’re using them now.”

Several months ago, Cullman Parks, Recreation, and Sports Tourism (CP&R) staff discovered that the main soccer field had originally been designed and constructed as two separate tournament soccer fields with a low space between for drainage.  (See www.cullmantribune.com/articles/2017/10/22/cpr-planning-drainage-redesigns-heritage-park-fields-other-areas)  The coming project through Jerry L. Johnson & Associates will take up existing sod, raise the center of the field by more than a foot, and regrade the entire site.  The result will be a field from which storm water drains to the perimeter in all directions, instead of having substantial water drainage to the center of the field (right where the sound and light control tower sits during RTS).

According to CP&R Executive Director Nathan Anderson, who came to answer council questions and witness the vote Wednesday evening, renovation is set to begin next week.  If the weather cooperates, the field should be graded, sodded and completed sometime in late July, weeks ahead of the start of the youth soccer season.

Anderson shared, “With this redesign, we’ll have one linear crown down the length of the field, with the drainage going to the perimeters.  So, mainly, every area that we’ll be playing on it will be firm and drain well. If you were to put a similar RTS layout on it, it would mostly be in the safe zones, where it’s designed to drain well.

“So we appreciate the council after the hail storm–again, we had significant damage just like we did after RTS–so it’s nice to see the fields worked on and redesigned to be able to handle situations like that.”