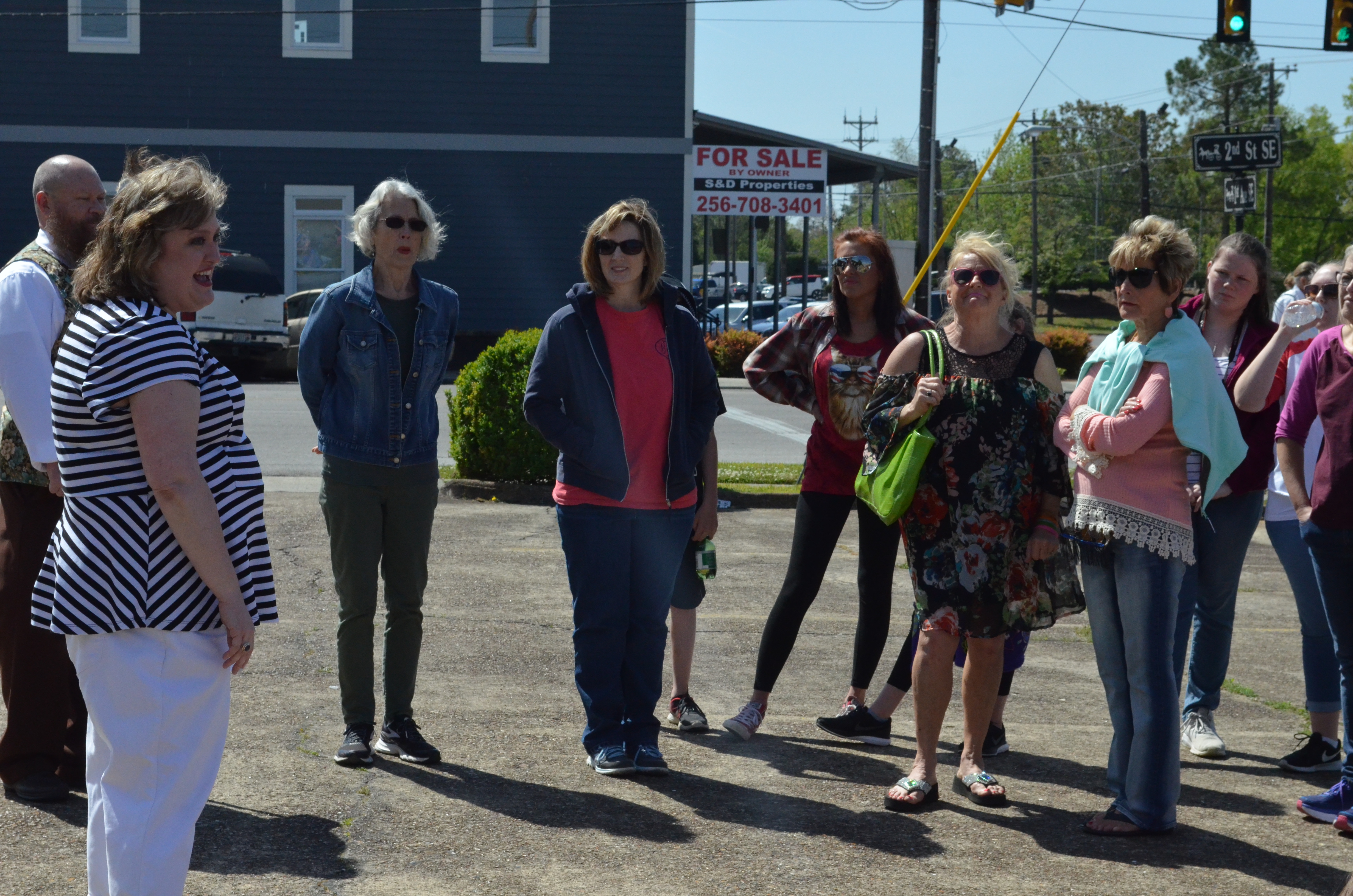 Saturday’s tour, the third in a series of four, was led by Sharon Rowlette (left). The final April Walking Tour is next Saturday, April 28. (Nick Griffin for The Tribune)

CULLMAN – Saturday morning’s weather provided the perfect backdrop for this week’s April Walking Tour, starting from the Cullman County Museum. A crowd of participants gathered in front of the museum at 10 a.m. to get started with this week’s guide, Sharon Rowlette.

Rowlette was accompanied by her husband, Col. John G. Cullmann himself, Larry Rowlette. As Cullmann, he kicked off the tour by telling the history of the museum building itself and what inspired the design. It was one of the first homes ever built in Cullman and was influenced by architecture Cullmann saw during his time in Switzerland.

The tour went into much greater detail about Cullmann’s life in Europe and his path to the United States, but the walk was just getting started. During the tour, Rowlette explained the origins of several of the city’s oldest landmarks such as the train depot, the Festhalle and Cullman Banana Supply. A history of the local strawberry industry was also given, and much more.

This week’s tour was the third in the series of free April Walking Tours, but there’s still one tour left for any historians or interested citizens. This year’s final tour will be next Saturday, April 28, starting on the steps of the museum 10 a.m. The final tour will be led by local author Greg Richter.