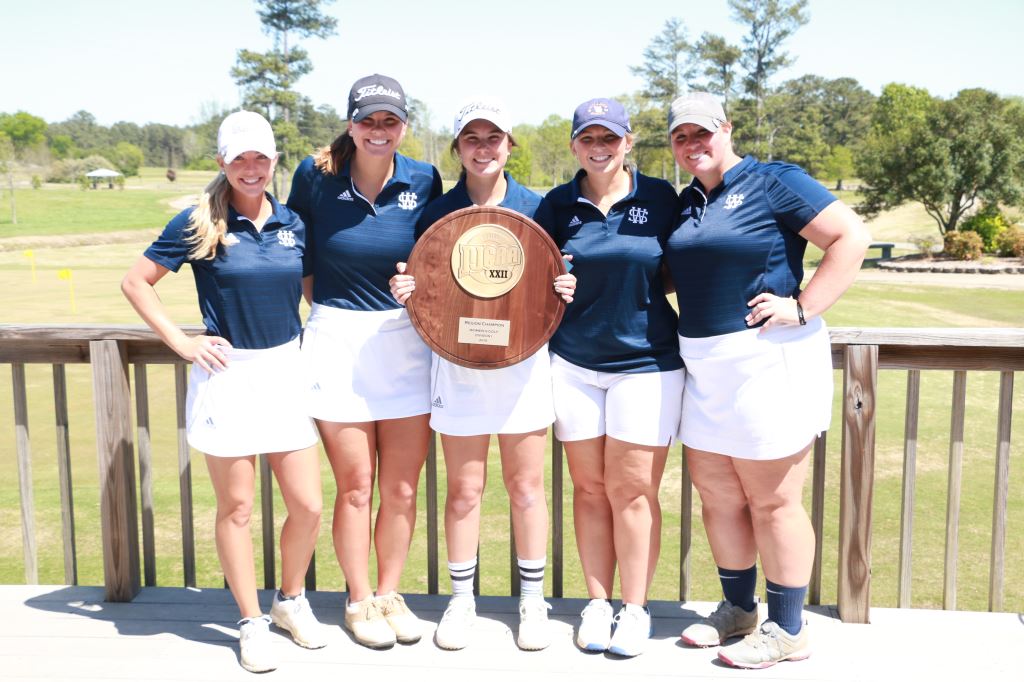 The Lady Lions won by an impressive 98 strokes, securing their fourth tournament championship of the spring at Cross Creek Golf Course.

Wallace State NJCAA Hall of Fame coach Dan York was named the ACCC Coach of the Year, adding another piece of hardware to his trophy case.

“This is an awesome group of women, and they work extremely hard. It speaks volumes when you have four girls make the All-Tournament team, including another low medalist,” York said. “They take pride in what they do and have fun.”

Bryan, a Tupelo, Mississippi, native, has knocked on the door of a low medalist title all season and broke through in the ACCC Tournament, outlasting Stephens by five strokes. She finished with a 20-over par 164 (81-83).

“I came to Wallace State with big expectations, and it’s great to see the hard work pay off in this tournament and all season. Winning with this team is fun. We don’t worry about the leaderboard. We go out and play the best we can each round,” Bryan said.

“I’m happy for Michaela and for our team. It’s a great knowing our team has won the first two conference championships and began something special,” Stephens said.

Seahorn, a freshman from Red Bay, made an All-Tournament team for the fourth time this season, placing third with a 170.

Anna Williams rounded out Wallace State’s All-Tournament selections. She finished tied for fourth with a 177.

Snead State was the runner-up as the league tournament continues to grow in numbers.

Wallace State, in its third season overall, now turns its focus to the NJCAA Division I National Championship tournament to be played May 14-17 in Mesa, Ariz.

The Lady Lions finished 12th in the nation last season.

“We know the competition will be tough, but our team this season is much better than last season’s. We have five players who can shoot in the 70’s and hang with anyone. We should be much more confident,” Stephens said.

Added York: “We are excited and looking forward to going to nationals. Annalee and Dalys have been there and can tell our team what to expect. There’s nothing better on that stage than experience,” York said.