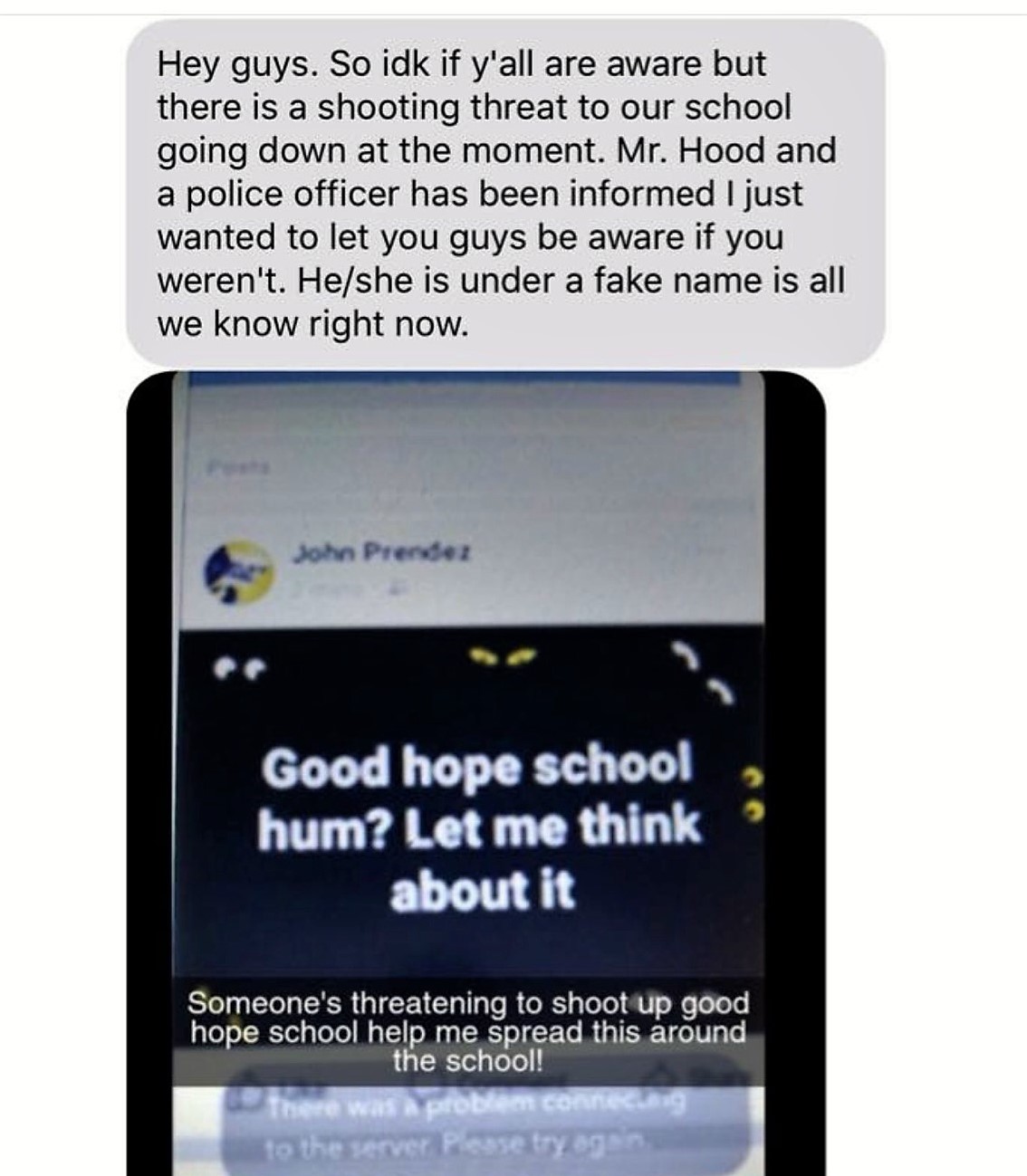 Barnette said a student at the school made the threat, which appeared on social media.

Officials are not releasing the student's name at this time.

The source of the threat that was texted to Vinemont High School students, also on Wednesday night, has not been identified.

Barnette said today will be an excused absence for Good Hope and Vinemont students whose parents chose to keep them at home.

Both Cullman County Schools and Cullman City Schools have increased security today due to the threats.

"All the rumors have been followed up on, and no credible threats have been found. They were just rumors," said Roberson. "Schools are not under a soft lockdown today. We do have some additional safety measures in place. We have some additional staff from the central office as well as and some additional officers from the sheriff's department at some schools today. We want everybody to know that any time there's some type of questionable social media post, that we always report it to the proper authorities to be investigated. We take anything like that very seriously, and we hope that they're able to determine who's doing this so those people can be dealt with as soon as possible."

Roberson said the threats were made from fake social media profiles.

Cullman City Schools Superintendent Dr. Susan Patterson said, "Due to the threats made against area schools, Cullman City Schools will operate under increased safety. Our schools will be following their soft lockdown procedures to better ensure student safety. These efforts are being made in the best interest of student and staff safety, and are not due to any direct threat against schools within our district."