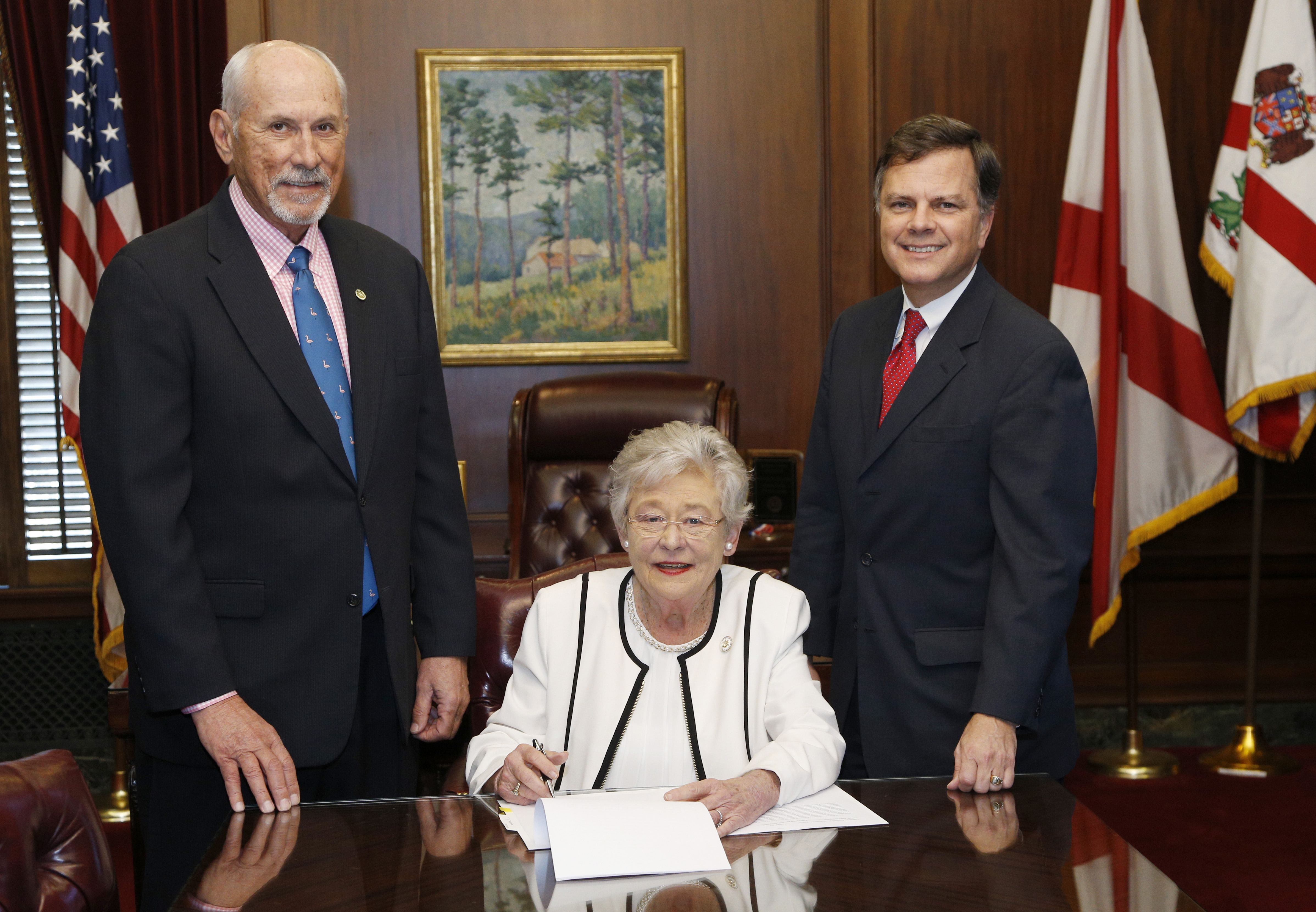 MONTGOMERY – Gov. Kay Ivey on Tuesday signed into law Senate Bill 98, providing authority to counties to abate rollback ad valorem taxes for certain projects that qualify for the incentives under the Alabama Jobs Act. The bill was sponsored by Sen. Arthur Orr, R-Decatur and Rep. Danny Crawford, R-Athens and will allow Limestone County to offer tax abatements as part of the Toyota-Mazda local incentives package.

“Alabama is a business-friendly state, and this bill is further proof that we want companies who chose Alabama to thrive,” Ivey said. “I am proud of the hard work that went into bringing Toyota and Mazda’s $1.6 billion dollar investment and 4,000 new jobs to Alabama. Bringing the Toyota-Mazda plant to Alabama is a testament to our state’s leadership and to the high quality of our workforce.”

“I appreciate Gov. Ivey signing SB 98 and for her constant efforts in leading our team, along with Commerce Secretary Greg Canfield, to land the Toyota-Mazda project,” Orr said. “Economic development takes everyone, and I am proud of the working relationship between the Governor’s Office and the Legislature which brought about these new jobs for the Tennessee Valley.”

“The Toyota-Mazda plant is one of the largest economic development projects in our state’s history,” Crawford commented. “This bill ensures that local governments can live up to the commitments they made to attract this important venture.”