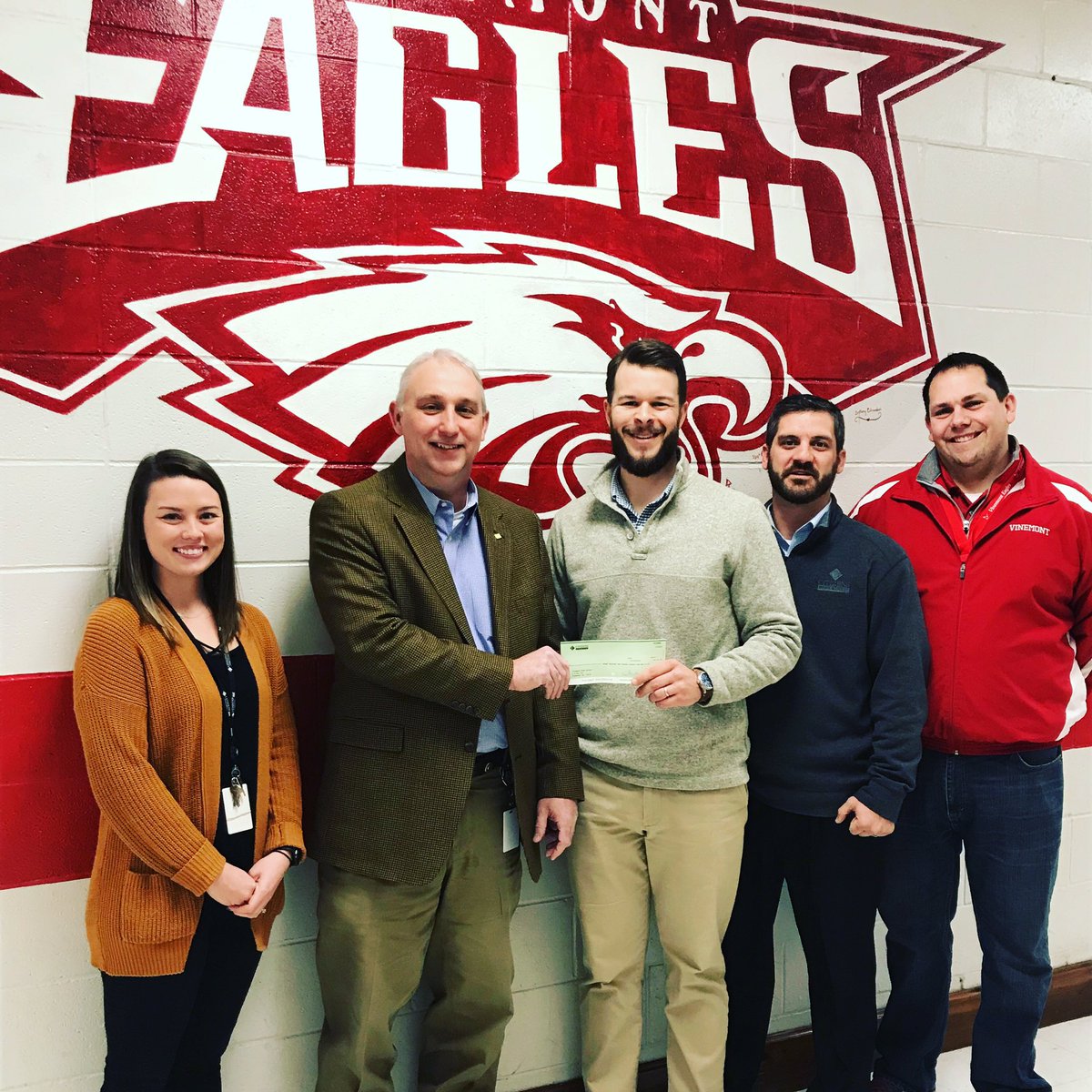 VINEMONT – The baseball program at Vinemont High School has some upgrades coming for the 2018 season, thanks to a donation from Citizens Bank and Trust here in Cullman. The president of the bank’s Cullman office, Alan Wood, is excited for the opportunity to contribute to a local school.

“I know Coach (Matt) Collins up there; my wife works at the school, and we’ve had our kids involved in the program, and they’ve been trying to build what they call a ‘hitter’s eye’ in center, which actually helps the batter pick the ball up off of that,” Wood said. “There’s no money through the school system really to do that so they have to raise that, and we decided it’d be a good project that we’d like to partner on. It’s a good opportunity to help the school with something that they might not could’ve built without our assistance. A lot of the other schools in the county already have that on their fields and you know baseball is not usually a big money-making sport because there aren’t as many people that come to watch it, so it’s just harder to raise that kind of money.”

A hitter’s eye is a solid, dark surface that is placed behind the wall in center field. It allows the hitter at the plate to see the ball without being distracted by things over the outfield wall like traffic or a parking lot. Wood said he saw the need for an upgrade years ago when he was watching his oldest son play for the Eagles and is happy that his younger son still in the program will be able to use the new feature this season.

“My oldest son graduated from there and I’ve still got one playing there. Coach Collins has looked around at some of the other schools. West Point has had that for some time and Fairview has; it’s just a good feature to have as part of your field,” Wood said. “I think they’ll have it constructed here in the next couple of weeks. Everything is in place, I think the poles are already in the ground. They’ve just got to finish their construction on it, and they’re supposed to do that I think on the 17th so it’ll be done and ready for the season.”

The Eagles will open the 2018 season on Feb. 26 at home against Falkville.