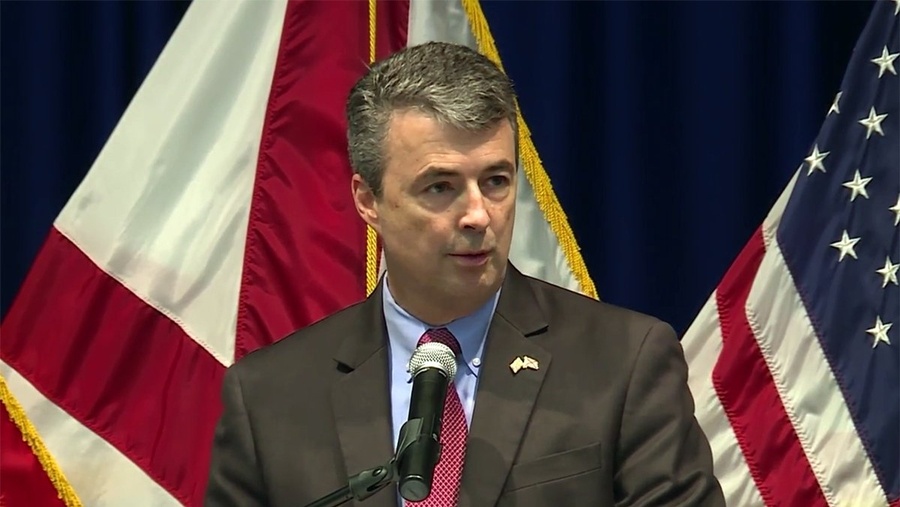 “The opioid epidemic has devastated Alabama families, leaving a trail of addiction and death winding though every community of this state,” said Marshall. “Alabama ranks first in the nation for the number of painkiller prescriptions per capita. As a result, it is estimated that almost 30,000 of our residents over age 17 are dependent upon heroin and prescription painkillers. Alabama’s drug overdose death rate skyrocketed by 82 percent from 2006 to 2014 and it is believed that many of those deaths were from opioid painkillers and heroin.

“It will take years to undo the damage but an important first step we must take is to hold the parties responsible for this epidemic legally liable for the destruction they have unleashed upon our citizens. Today, I have filed a lawsuit against Purdue Pharma—the manufacturer of OxyContin and other opioids—in federal court here in Montgomery, and I anticipate that the suit will be transferred to Cleveland, Ohio, as part of the national multi-district litigation.”

On Aug. 8, 2017, Gov. Kay Ivey named Marshall co-chair of the Alabama Opioid Overdose and Addiction Council, a council that the governor established to “develop and submit a strategic action plan to the governor by Dec.31, 2017, that establishes recommendations for policy, regulatory and legislative actions to address the overdose crisis in Alabama.”  That council issued its 74-page Action Plan on Dec. 31, 2017.  Marshall also attended a court-ordered settlement conference in Cleveland, Ohio, on January 31, 2018.

The State has retained two law firms, Beasley, Allen, Crow, Methvin, Portis & Miles, P.C. of Montgomery and Prince, Glover & Hayes of Tuscaloosa to prosecute Alabama’s claims on a contingency basis, under the supervision of attorneys from the Attorney General’s Office. The contract was undertaken in accordance with the 2013 Transparency in Private Attorney Contracts Act.

Click here to read the complaint and contingency contract.