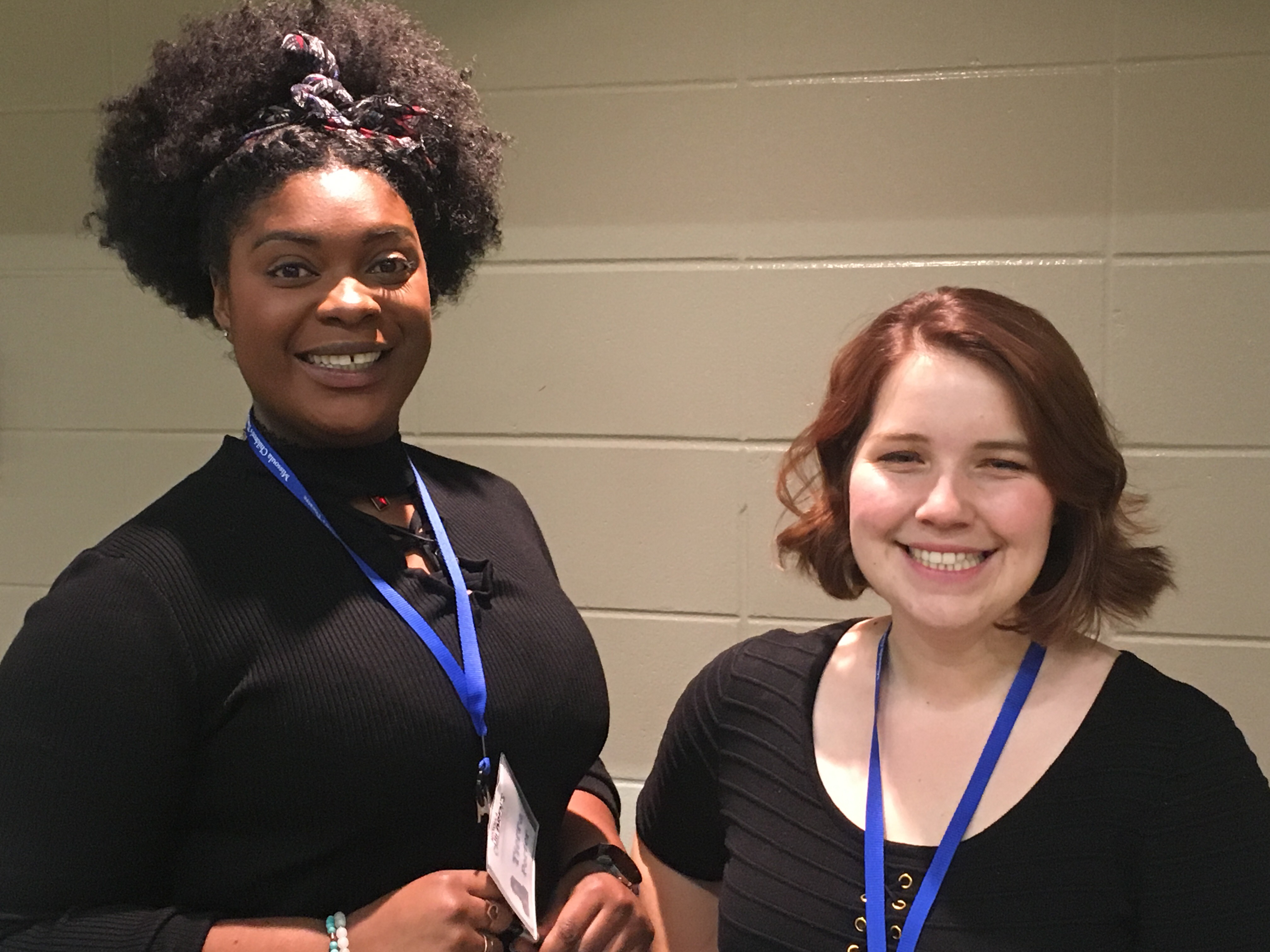 Missoula Children’s Theatre’s Tierra Porter, left, and Morgan Summers, right, will be leading kids onstage and backstage, respectively, in this week’s production of “Jack and the Beanstalk” at the Cullman Civic Center. / Nick Griffin

UPDATE 1-18-18: Due to several missed practices because of this week's winter weather, there will be just one performance of "Jack and the Beanstalk." It will be on Saturday, Jan. 20 at 6 p.m.

CULLMAN – The Missoula Children’s Theatre is back in town, and 107 young aspiring actors ranging from 5- to 18-years-old gathered at the Cullman Civic Center Monday afternoon to audition. The theatre company has been making the trip to Cullman for more than 20 years. This year’s production is “Jack and the Beanstalk,” with two shows at the civic center this Saturday- one at 2 p.m. and a second at 6 p.m.

There is a week full of rehearsal between now and Saturday, but the Missoula touring actors and directors leading the way, Tierra Porter and Morgan Summers, have a lot of experience in their roles and are excited to get started.

“We’re tour actors and directors with Missoula Children’s Theatre Company, so we trade out every week,” Porter said. “We travel in twos so one person is always on stage with the kids and one person is backstage. This week I’m PT Wonder in the show, kind of like a circus owner and a narrator.”

Summers won’t be leading kids up on stage this week; she’ll be running the show from back behind the curtain.

“I am the director for the week, so I’ll be working backstage. I always joke around that one of us herds onstage and the other one herds offstage,” Summers said. “We just help the kids, show them where their spots are. Sometimes with smaller casts we wind up doing things that other kids would be doing, but we’re hoping to have full casts the whole time and a bunch of assistant directors, so it’ll be really fun.”

Summers and Porter are always happy to see the turnout whenever they come to Cullman and have seen their numbers grow almost every year since they started. It’s a tough week for the kids who make the cut, but it always makes for a great show at the end of the week.

“Here we usually get over 100 kids every time and it seems like every year they keep coming,” smiled Summers. “We bring everything and have rehearsal on the same day as auditions. They learn an entire musical in one week and we do our big performance on the final (day). We actually have Saturday performances this time. Sometimes we’ll even do them on a Friday. Last week we had a snow day so they only had four days to put on the show so that was pretty crazy.”

The Cullman show will face the same challenge this week, with the announcement of school closures for Tuesday. Porter and Summers got all of the kids their information and scripts after day one to try and get a jump on the week of preparation. After Tuesday’s snow day, the young performers will get back at it on stage to prepare for Saturday’s big shows.