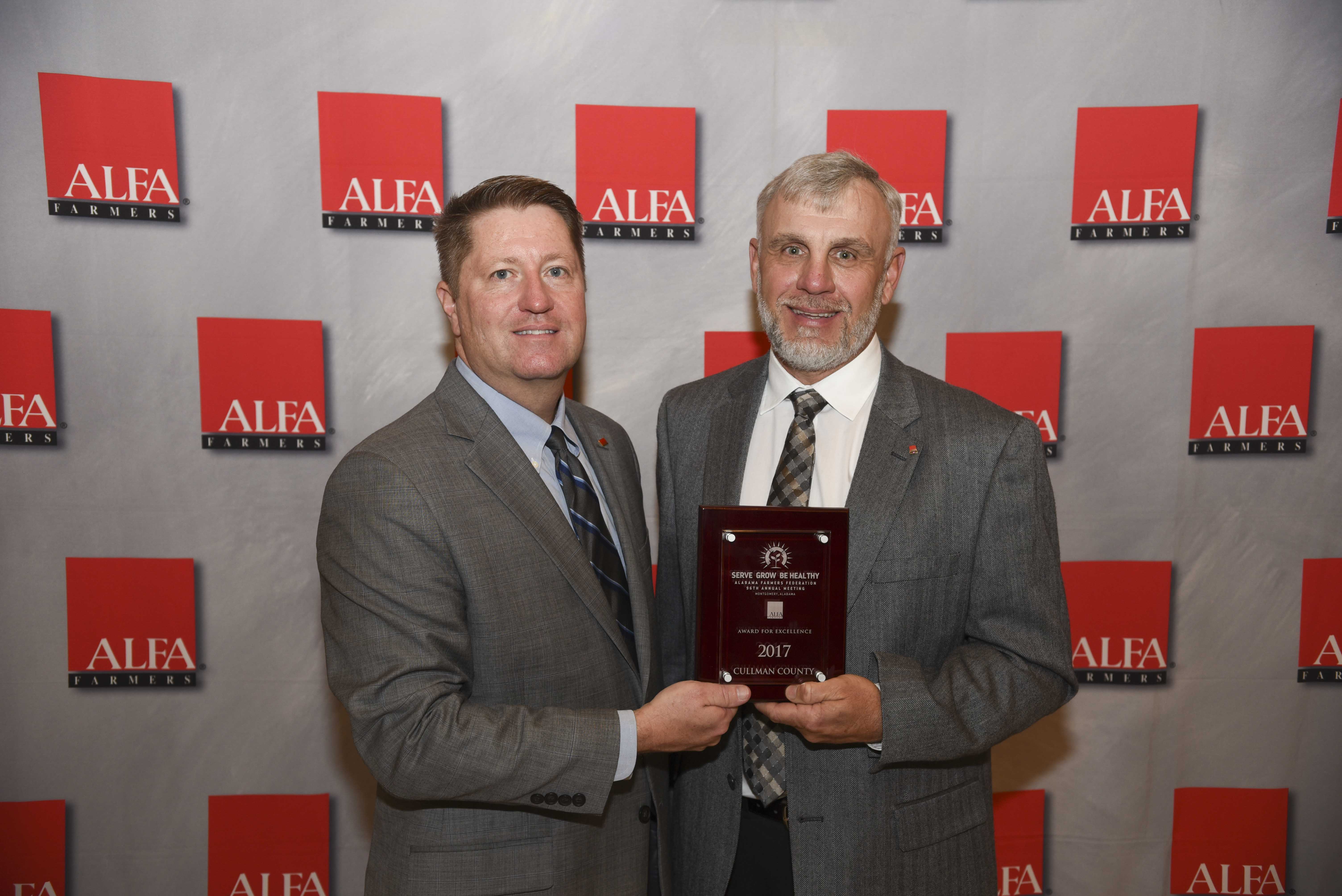 MONTGOMERY – More than 1,300 farmers and guests descended on the Capital City for the Alabama Farmers Federation 96th Annual Meeting at the Montgomery Performing Arts Centre (MPAC) and the Montgomery Convention Center Dec. 3-4.

Guest and keynote speaker Gov. Kay Ivey reflected on the rural roots she shares with the event's attendees.

"Alabama's rural areas are not just about farming, agriculture or timberland; like may of you, I call parts of rural Alabama my home, and I'm sure proud of that," Ivey said. "I believe that the best governments is the government that responds to the needs of the people. My cabinet, my staff and I want your input. Responsive government is our goal, and (the Federation) is a key component of that effort."

In her remarks, Ivey said reducing the tax burden on American families is a priority, and she promised to "do more than give lip service to the needs of our rural Alabamians."

U.S. Rep. Robert Aderholt, R- Haleyville, was honored during the event’s opening session with the Federation’s highest honor — the Service to Agriculture Award. Federation President Jimmy Parnell praised Aderholt as a tireless supporter of farmers and forest landowners since first being elected to Congress in 1996.

Aderholt is the second recipient in his family. His father-in-law Albert McDonald received the award 30 years ago for his work as Alabama’s commissioner of the Department of Agriculture and Industries.

“Having the chance to work with amazing farmers and producers across the state has been a real treat for me over the years,” Aderholt said.

Aderholt said he understands how low commodity prices, the 2016 drought and over regulation have made farming difficult. While Aderholt admitted he can’t control prices or weather, he pledged to work with President Donald Trump to push back unnecessary regulations. He also promised to support a farm bill that addresses Alabama farmers’ concerns.

“Before we get to the farm bill, we have to pass a spending bill and make sure the tax reform bill gets to the President’s desk,” he said. “I am committed to working with everyone in this state and particularly the farmers. Thank you for honoring me with this award.”

While attendees enjoyed fellowship during the two-day meeting, Henry County Farmers Federation President Johnny Lee said it’s important to participate and be a voice for his county.

“We learn about what’s going on in agriculture and the Farmers Federation, and we can pass it on to our counties,” Lee said. “I enjoy being associated with the Federation and seeing all the people I’ve met over the years. We have a responsibility to protect the future of our farms and agriculture in this state by working to keep farming profitable.”

The first day of the annual meeting also featured:

The live and silent auctions raised $16,485 for AFAF, which will be used for scholarships, livestock shows and Alabama Ag in the Classroom.