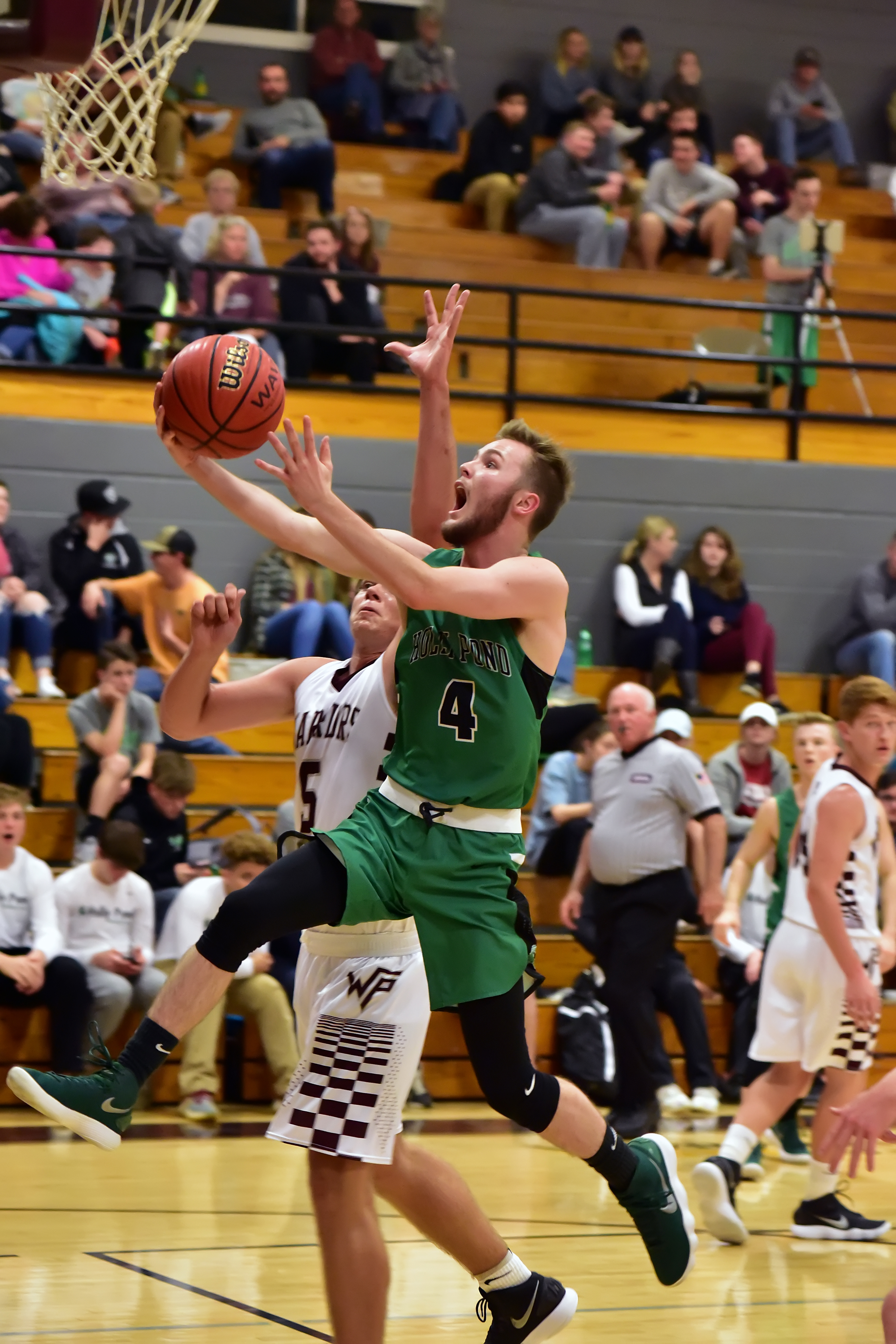 No. 6 West Point started out red-hot in the first quarter, and the outcome was never in doubt in the Lady Warriors’ rout of the Lady Broncos.

The Lady Warriors jumped out to an 11-0 lead and increased it to 23-5 after one; it swelled to 34-10 at the half, and they went on cruise control from there to improve to 8-0 on the season.

West Point was led by Micah Oldacre with 12, followed by Miriam Oldacre and Lexi Shaddix, who each ended up with 11.

The game started out even early between both teams as an Austin Dubberly layup for the Warriors tied the game at 5-5, but led by Griffin Morris, Zach Shaw, Kyler Chaney and McKinley Garrett, the Broncos went on a 7-0 run to take a 12-5 lead. West Point battled back with a 10-4 run of its own, cutting it to 16-15 with 2:16 left in the quarter on an and-one by Kolton Sapp. Holly Pond made it 20-15 before West Point scored the final four points to cut it to 20-19 after one.

The Warriors continued their momentum from the end of the first quarter into the second, as they took their first lead of the night at 22-20 on a fast-break layup by Noah Gammon with 7:01 remaining in the first half, and extended it to 26-22 on a Colby Sullins trey. After a Dubberly free throw made it a 27-24 game with 2:51 remaining, both teams struggled to maintain their momentum. It went back-and-forth, and the game was knotted at 31-all as both teams went into the locker rooms.

West Point started the second half red-hot as a Sullins layup gave the Warriors a 33-31 lead and they extended it to 39-33 on a Dubberly jumper with 5:32 remaining. A Sullins three widened it to 42-33 as they finished a 9-2 run. Holly Pond countered with a 7-2 run of its own to cut it to 44-40. A Dubberly deep trey, followed by one from Sullins, pushed the Warriors’ lead to double-digits at 50-40. A layup by Morris, followed by a pair from the line by Chaney, cut the deficit to 50-44, and later cut it to 52-47 on a Morris and-one, which was followed by West Point’s Tyler Thompson completing his and-one, and Devyn Tankersley getting one of his own to make it a 55-50 ball game. A pair of Thompson free throws made it 57-50 West Point after three.

Gammon hit a pair from the charity stripe to increase the Warriors’ lead to 59-50, but Holly Pond turned up the defensive pressure, getting a free throw from Tankersley, a Garrett Rowell layup, and a Ben Jones layup off a Warrior turnover, to make it a 59-55 contest with 6:54 remaining in the game, forcing a West Point timeout. They cut it to one on a Jones three from the right wing. Dubberly hit the Warriors' first basket of the quarter at the 5:57 mark to push it back to three at 61-58. Layups by Morris and Garrett, the last coming off a West Point turnover, gave Holly Pond a 62-61 lead with 4:27 remaining in the game. The contest went back-and-forth between both teams in the final period.

After a Rylan Jones three from the top of the key gave West Point a 66-64 lead, back-to-back treys by Morris and Harris, followed by a Garrett layup, gave the Broncos a 72-66 lead. Four quick points by Sapp cut it to 72-70. After Morris hit a shot to make it 74-70, the Warriors looked for a good shot, but Holly Pond made it tough for them. Dubberly missed a three from the top of the key, and Jones grabbed the offensive rebound, and a few seconds later, Sullins drilled an all-net three from the left wing to cut it to 74-73 with 23 seconds remaining. Each team split from the line on their next trips to keep it at a one-point game.

Holly Pond's Jacob Harris missed both of his tries from the line, and there was a mad scramble for the ball, which ended up going off the hands of Sapp with .4 seconds remaining. Shaw made 1-2 from the line to make the final score, 76-74 in favor of the Broncos.

Morris led the Broncos with 25 points. Chaney had a big game off the bench as he finished with 16. Harris ended up with 11; Shaw and Garrett each finished with eight.

The Broncos improved to 6-2, 5-1 in their last six contests. They will head home to take on Susan Moore Tuesday.

"This is a brand-new team and we are still learning some things about each other," Morris said.  "It's really tough to beat West Point, especially at home. I thought our bench played huge in the fourth quarter."

"West Point is a really great team," Holly Pond coach Mitch Morris said. "We made some big plays late in the game. The bench played huge in the game. They were in at the end of the third quarter when West Point was making their run, and they forced some steals; we made our shots. They gave us some life, then when the other guys came in, they kept that going. Griffin played solid for all four quarters, making his jumpers and some threes. Chaney played solid off the bench, getting some big points and rebounds. Zach and McKinley played solid as well. This was a great team win. This is a new team and the players are still trying to figure things out, and we have some great players. As long as they trust the process, we should be fine."

Sullins led West Point with 15 points. Jones and Sapp each ended up with 14, and Dubberly finished with 13 as the Warriors dropped their first home game of the season and go 4-4, snapping their three-game winning streak. They will look to get back on track as they travel to Cold Springs Tuesday.