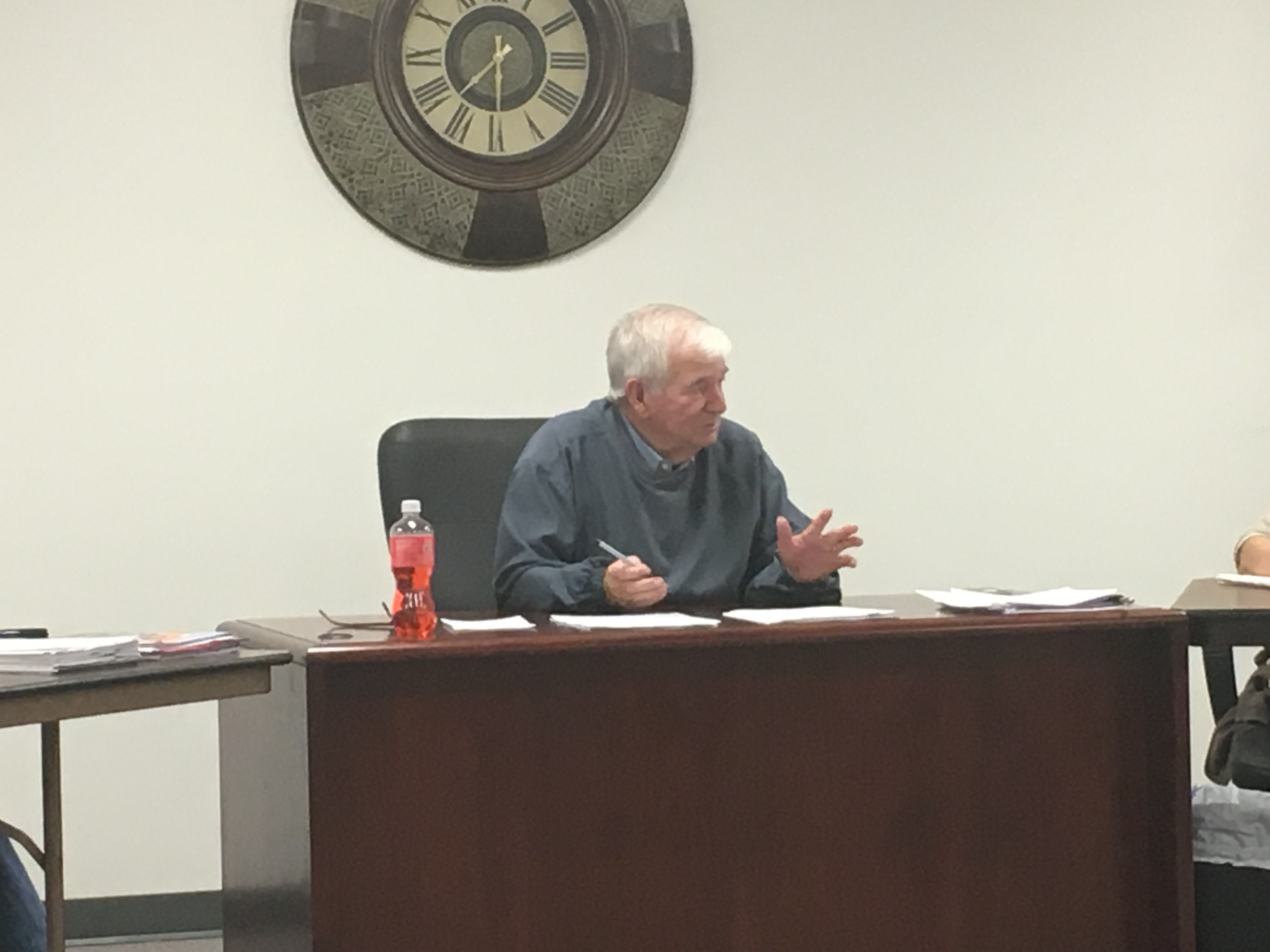 “It’s great to be here,” Sheppard said of his assignment so far. “Ever since I’ve been out here I’ve felt welcomed by the community and I’m just happy to be with you guys. If anyone needs anything I’m happy to help, just let me know.”

Sheppard echoed the mayor’s concern, saying that writing tickets near the intersection has not been effective in slowing down the traffic.

Oliver said that the young age of the drivers who use the intersection a majority of the time may be a factor in the danger of that section of road. Other than rumble strips, Oliver said he is also considering more street signs including one with a radar installed to make drivers aware of their speed. Several solutions are still being considered and the issue will continue to be addressed in later meetings.

In old business, the council discussed a donation to the Good Samaritan Health Clinic in Cullman. The council didn’t come to a decision at its November meeting but approved a $1,000 donation to the clinic Monday night. Oliver said he believes the clinic is a great organization and was excited to be able contribute something to its cause. The nonprofit clinic serves citizens without health insurance from all over the county.

Lastly, the council spent some time talking about the recent up-tick in break-ins and thefts in the Holly Pond area. Many within the community have voiced their concerns with some council members and Oliver and Sheppard both agreed that the holiday season is likely a factor in the increase in crime.

Oliver urged people in the community to take extra steps to remain safe, saying, “I would ask that the community help out by reporting anything they see that might seem unusual. More of our businesses and homes are adding or upgrading security and we need to take care of our neighbors.”

Sheppard said that a lot of the incidents could be coming from people outside of the area and that the best way to handle any suspicious situation is to report it to law enforcement.

The Holly Pond Town Council meets on the first Monday of each month at 7 p.m. in the Guy Hunt Library. The public is welcome to attend.