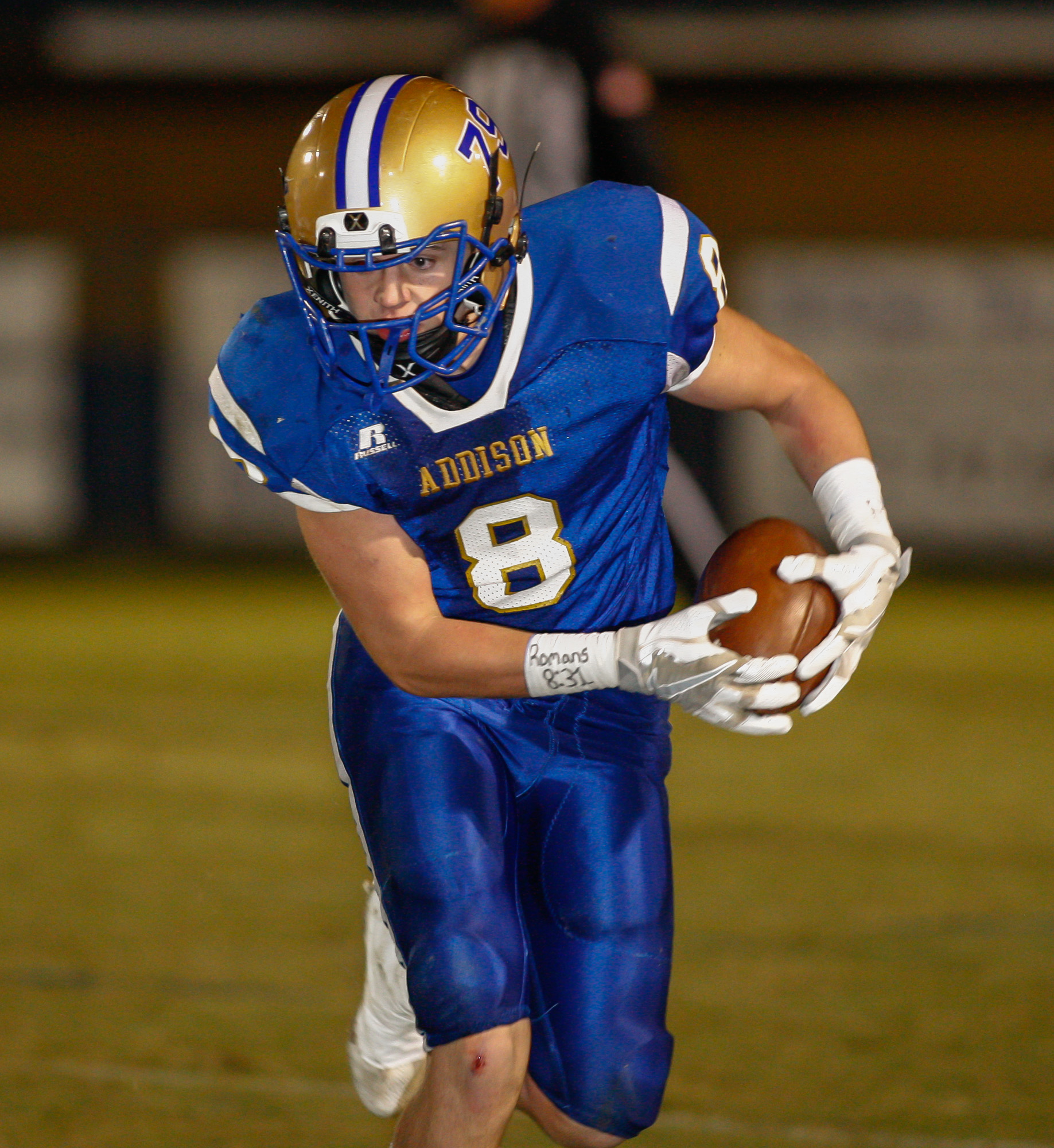 Addison’s Luke Chambers (8) had a 24-yard touchdown reception in the second quarter of the Addison-Hubbertville game, the first round of the playoffs, on Nov. 10, 2017. / Daily Mountain Eagle - Matt Norris

ADDISON – If you live in the state of Alabama and play football, chances are you have dreamed of playing in Jordan-Hare Stadium in Auburn or Bryant-Denny in Tuscaloosa. The latter is a real possibility for the Addison Bulldogs as they are just two games away from the AHSAA 1A state championship game on the campus of the University of Alabama. First, though, the Bulldogs must get past the South Lamar Stallions Friday night.

This will be a tough test for the Addison Bulldogs. They have only faced the Stallions once, in 2000, where they fell 39-0. Addison will be looking to flip the script Friday night and take another step toward the championship.