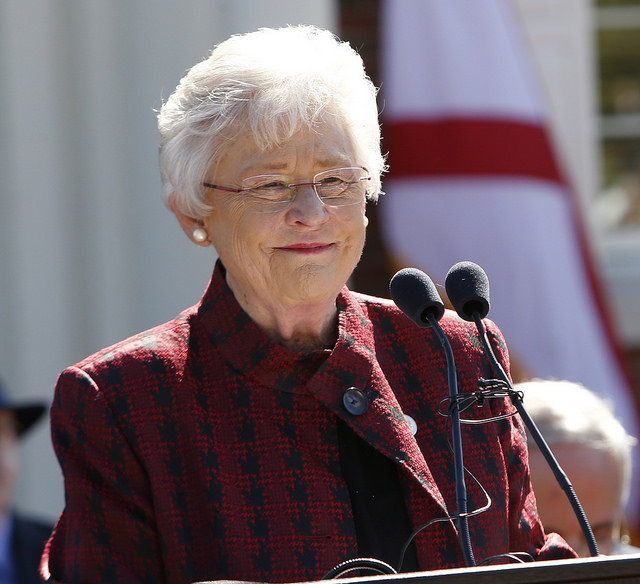 Those are the traits that come to mind when I think about our nation’s veterans. I saw these qualities lived out every day by my dad. Boadman Nettles Ivey, my father, served in WWII as part of a field artillery division. From him I learned to love my country, to offer myself to serve my fellow citizen and to stand up for what is right, even when doing so might be difficult.

Though I have a profound and deep respect for my dad, he isn’t the only person to possess these qualities; they are shared by most everyone who has ever served in the United States Armed Forces.

From the moment a man or woman puts on the uniform and pledges to “support and defend the Constitution of the United States against all enemies foreign and domestic,” he or she enters into an elite class of citizen-soldiers. Veterans, distinguished by their character, duty and service, make great contributions to our society not only on the battlefield, but in our communities.

Though one may leave the active service, a veteran never truly stops serving.

Once their military careers end, many veterans choose Alabama as their home. In fact, one in 10 Alabamians are veterans. Our state has benefited greatly from those who have been stationed at Fort Benning, Fort Rucker, Maxwell Air Force Base, and Redstone Arsenal, among others.

Alabama is enriched because these highly-skilled veterans have chosen to continue their public service by pursuing career opportunities, in many cases, in local and state government. I am proud to have men and women who have worn the military uniform as part of my staff and cabinet, including Jeff Dunn and Brian Hastings, among others. Before becoming commissioner of the Alabama Department of Corrections, Col. Jeff Dunn had a distinguished career in the Air Force. Likewise, Col. Brian Hastings, who serves as director of the Alabama Emergency Management Agency, held significant Air Force commands.

Throughout my career in public service, I have placed importance on supporting the work of the military in Alabama. From helping lead the Alabama Military Stability Commission, to having recently signed into law new legislation allowing veterans to more easily further their educations, supporting those who protect our nation has been at the forefront of my agenda.

This month, I announced that veterans will no longer be required to pay entrance fees at any of our state parks. As long as I am governor, it will be the policy of our state to honor those who have protected our freedoms.

Alabama has always been and continues to be a veteran-friendly state, but at the same time, veterans have been very good to Alabama. The leadership military men and women provide, and their tireless commitment to public service, have made Alabama a better place to live, own a home, raise a family and to achieve our dreams.

Alabama is indeed indebted to countless men and women like Colonels Dunn and Hastings, who never stop serving others. As governor, it comforts me knowing that within my cabinet and staff are individuals who have operated at many levels of the military and who are extremely capable of helping me lead our state.

Those who have served in the Armed Forces understand the phrase: “I’ve got your six,” meaning someone is watching your back and is standing ready to protect you at all costs. I am thankful that thousands upon thousands of Alabamians have stood strong, promising to protect and serve while on active duty and afterward. Now, as we celebrate Veterans Day, it is only fitting that we make it loud and clear to those same veterans – “Alabama’s got your six.”

This Veterans Day, and every day, when you see a veteran thank him or her for their service. Share a smile, a hearty handshake or a warm hug. Remind them that you will never forget their service and, despite the changes our nation faces, in Alabama, we are still proud to stand for our flag, for our freedom, and in honor of those who sacrificed so much, so that freedom can, and still does, truly ring.

Photo: Governor Kay Ivey participated in the Governor's Salute to Alabama Veterans at American Village Friday November 10, 2017, in in Montevallo, Ala. During a tribute to World War II Veterans & their families Gov. Ivey presented World War II veterans with a token of her appreciation for their service. Gov. Ivey then joined the Salute to All Alabama Veterans at the National Veterans Shrine & Registrar of Honor. Following her remarks, the Governor participated in the Laying of the Wreath.
(Governor's Office, Hal Yeager)