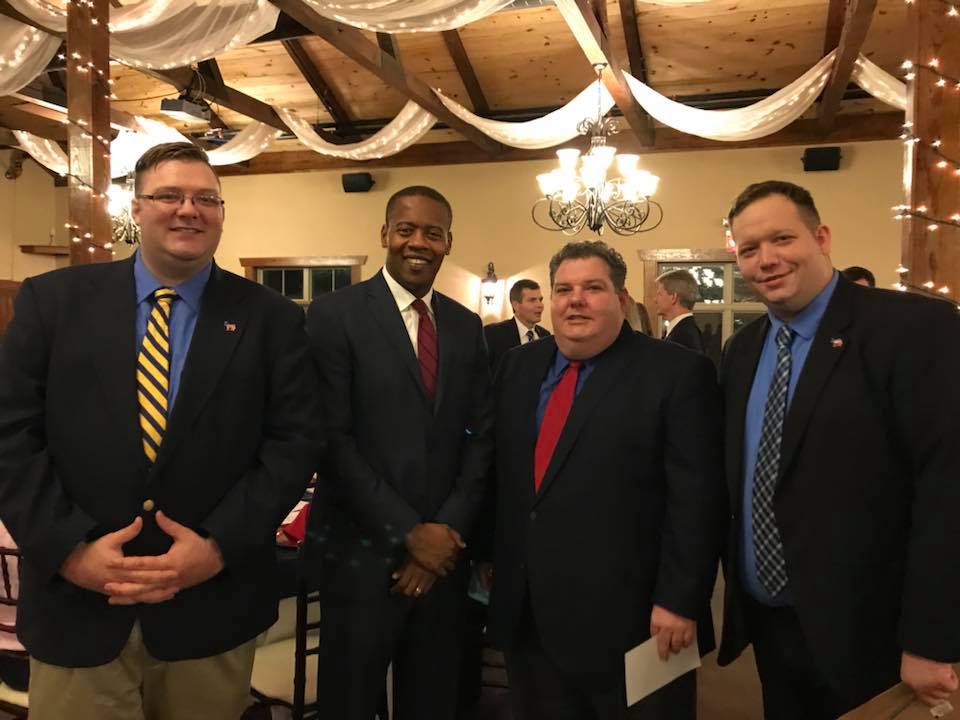 CULLMAN – The Cullman County Democrats and North-Central Alabama Young Democrats (NCAYD) joined together to hold their first-ever Democrat Fall Ball on Friday evening. The event was held at Stone Bridge Farms. With local attendees, as well as attendees from all over the state, organizers deemed the night a success.

“Jason Kander, who many may know from the news when he ran for the U.S. Senate this past election in his state, released an ad that went viral of him assembling a rifle as he discussed gun rights and gun control,” said Duke in a statement to The Tribune. “Since (narrowly) losing that election, he moved on to form Let America Vote, an organization that fights against voter suppression.”  (Find out more at www.letamericavote.org.)

“One of our own, locally, Gary Murphree, even announced of his plans to run again for coroner,” Duke said.

Of those running for governor, Duke shared, “Although each candidate has different ideas to better this great state, all had one thing in common: we must come together and show up at the polls on Dec. 12 to help elect Doug Jones.” Jones is facing Republican Roy Moore in the special election for the U.S. Senate seat currently held by Republican Luther Strange; Strange was appointed by former Alabama Gov. Robert Bentley when U.S. Attorney Gen. Jeff Sessions vacated the seat after he was appointed to his current position by U.S. President Donald Trump.

Duke said that local Democrats look forward to hopefully holding more large-scale events and also reaching out to the smaller communities to continue to slowly rebuild the Democratic Party in Alabama.

The Cullman County Democrats meet every second Thursday of the month at 6:30 p.m. at the Democrat headquarters, located at 415 Second Ave. SW in Cullman. NCAYD meets the first Monday of each month at the same location.