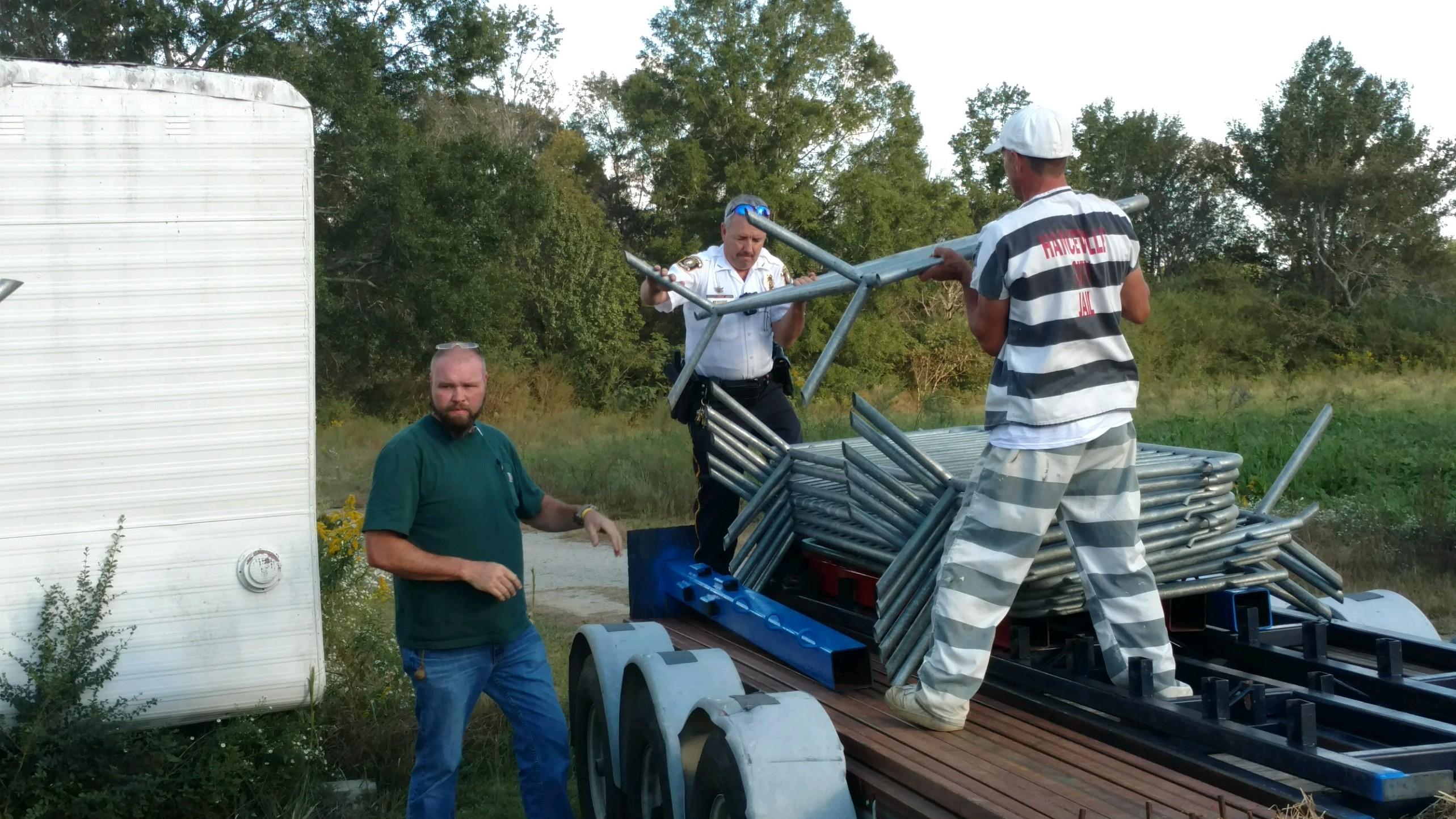 Components of a stolen wrestling ring are loaded onto a trailer by Hanceville Police Chief Bob Long, center, and an inmate, for transport back to Walker County. / Noah Galilee

HANCEVILLE – Here’s something you don’t hear every day. On Wednesday afternoon, the Hanceville Police Department recovered a stolen professional wrestling ring at JC Arena, located on Highway 31 North in Hanceville, following a tip from a local resident.

“We received information that there may be stolen property at the location (JC Arena),” HPD Chief Bob Long said. “Lt. Brannon Hammick made contact with the suspect, who agreed to meet us at the location, where he confessed. Lt. Hammick and Deputy Chief Adam Hadder are the ones who spearheaded this operation, and they did a good job recovering the stolen property and having the suspect confess.”

Long said the ring belonged to Southeastern Pro Wrestling, based out of Nauvoo in Walker County.

“It was stolen from Walker County,” he said. “The suspect took the trailer and all the contents. He confessed and now we are trying to get the equipment back to the owners.”

The HPD is transporting the wrestling ring and multiple metal barricades back to Walker County.

“The Walker County Sheriff’s Office was unable to retrieve and return the property to the owners,” said Long. “So the Hanceville Police Department, along with the assistance of the inmate workers, have loaded the wrestling ring and roughly 25 barricades onto a trailer and we are taking it back to the victims.”

The estimated value of the recovered wrestling ring and barricades is $25,000. Long said the suspect could face other charges, but until the investigation is concluded the suspect’s name will not be released.

“At this time, we are not releasing his name because other items were also discovered which may be connected to other thefts,” said Long.