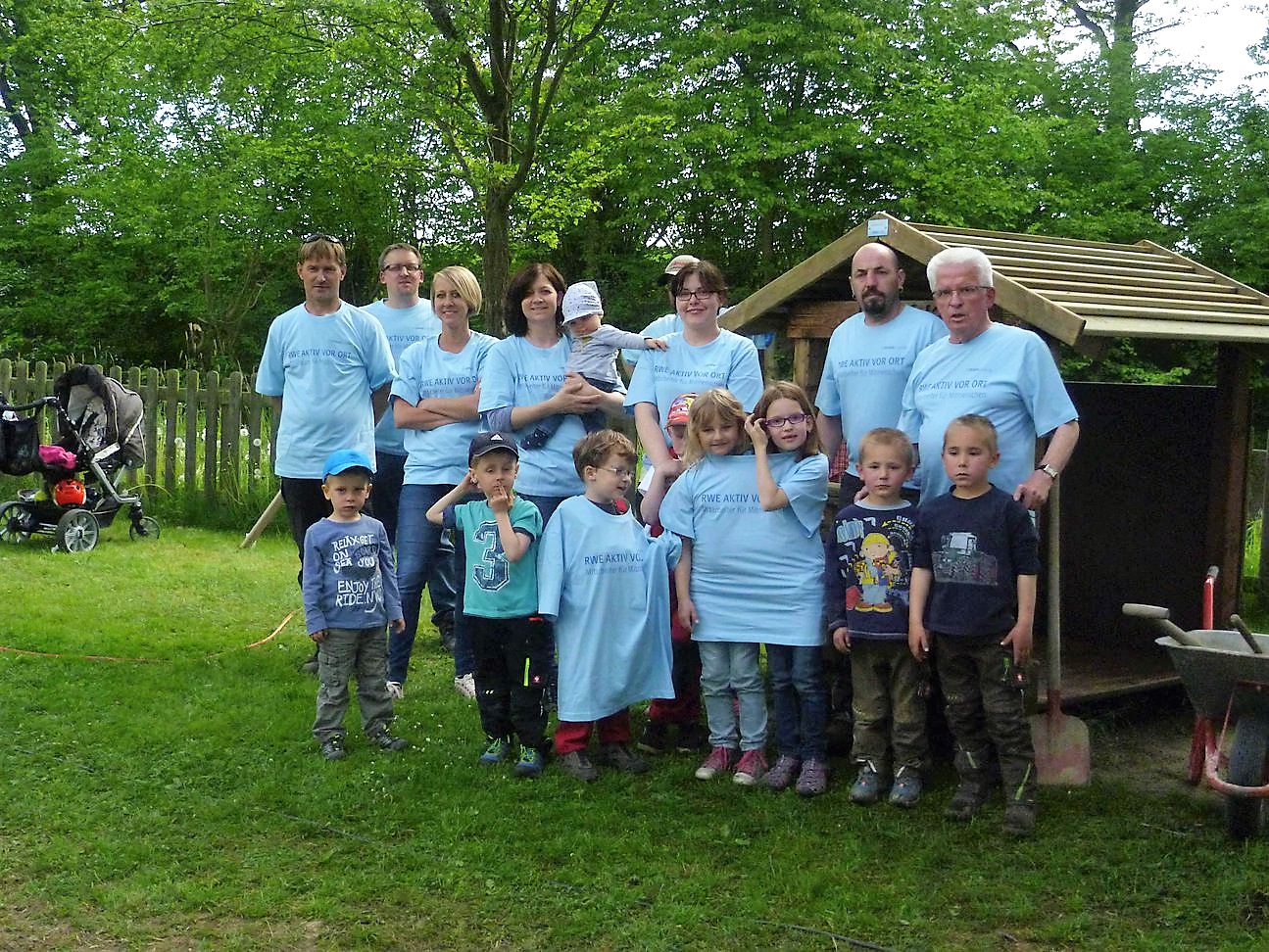 Adults and kids volunteered to work on the new playground.  Volunteers and local contributions have reduced the cost of the project by an estimated 40 percent. / Photo courtesy www.beltheim.de

FRANKWEILER, Germany – Cullman’s sister city, Frankweiler, Germany is involved in the reconstruction of a community playground which, according to the city’s website, suffered from damaged equipment and fences, and terrain that was unsuitable for some updated equipment the city wanted to purchase.  Frankweiler decided to reconstruct the playground in a better location, through a 100,000 Euro ($119,795 U.S.) project called Spielplatz Schöner Machen (“Make the Playground More Beautiful”).

And Cullman is helping.  The Friends of Frankweiler, Cullman’s German cultural society, has sent a donation of more than $300 to support the project in honor of Ms. Margot Tanner, the Friends’ longtime, German-born cultural ambassador.

A local newspaper in Frankweiler published a story on the donation; an excerpt is translated below:

FRANKWEILER – A donation of over $300 for the planned playground above the Sports Field and next to Dagobert Hall has been received in Frankweiler from our American sister city Cullman, Alabama.

As local Alderman Christian Rong said, “The club ‘Friends of Frankweiler’ in our sister city collected the donation at the farewell of Margot Tanner, who had been active since 1975 in the partner organization, and was moving away.”

Frankweiler Spielplatz will be a playground especially for younger children, who might not be ready for older kids’ activities at the nearby sports field.

In late August, the Cullman community bid farewell to Tanner, a woman with a remarkable story, who created a series of other remarkable stories in her time here.  Tanner was for years active in the Cullman Historical Society, Friends of Frankweiler and Cullman First United Methodist Church.  She was an advocate for immigrant families and taught English and art in the Cullman area, in addition to sharing her personal stories with thousands of area students.  On Aug. 24, Tanner left to relocate near her son and grandson in Mesa, Arizona.

See The Tribune’s full story on Tanner at www.cullmantribune.com/articles/2017/08/22/one-last-conversation-living-legend-margot-tanner.

To learn more about The Friends of Frankweiler, visit www.facebook.com/friendsoffrankweilerandcullman.