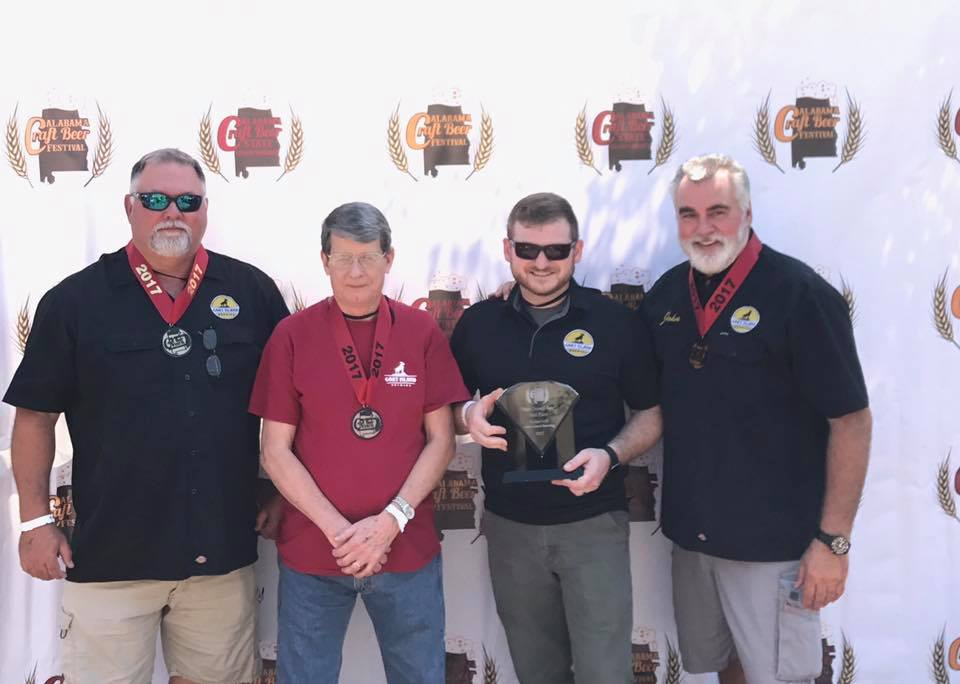 CULLMAN – Old Mr. Richter would be proud.  On Saturday afternoon at the Alabama Craft Beer Festival in Florence, Cullman’s Goat Island Brewing made out like a bandit, walking away with four awards, including a gold medal and the second highest honor in the competition.

“It’s just very gratifying,” said Mullaney, “that for two years in a row we’ve medaled.  It shows that our beers have consistency in quality.  And for Richter’s, it makes official what we’ve already known for a long time: that it’s a great beer.  People really like it.”

Judging began in mid-August, and the awards were announced Saturday.  The Alabama Craft Beer Festival is the official state championship for craft beer brewers.