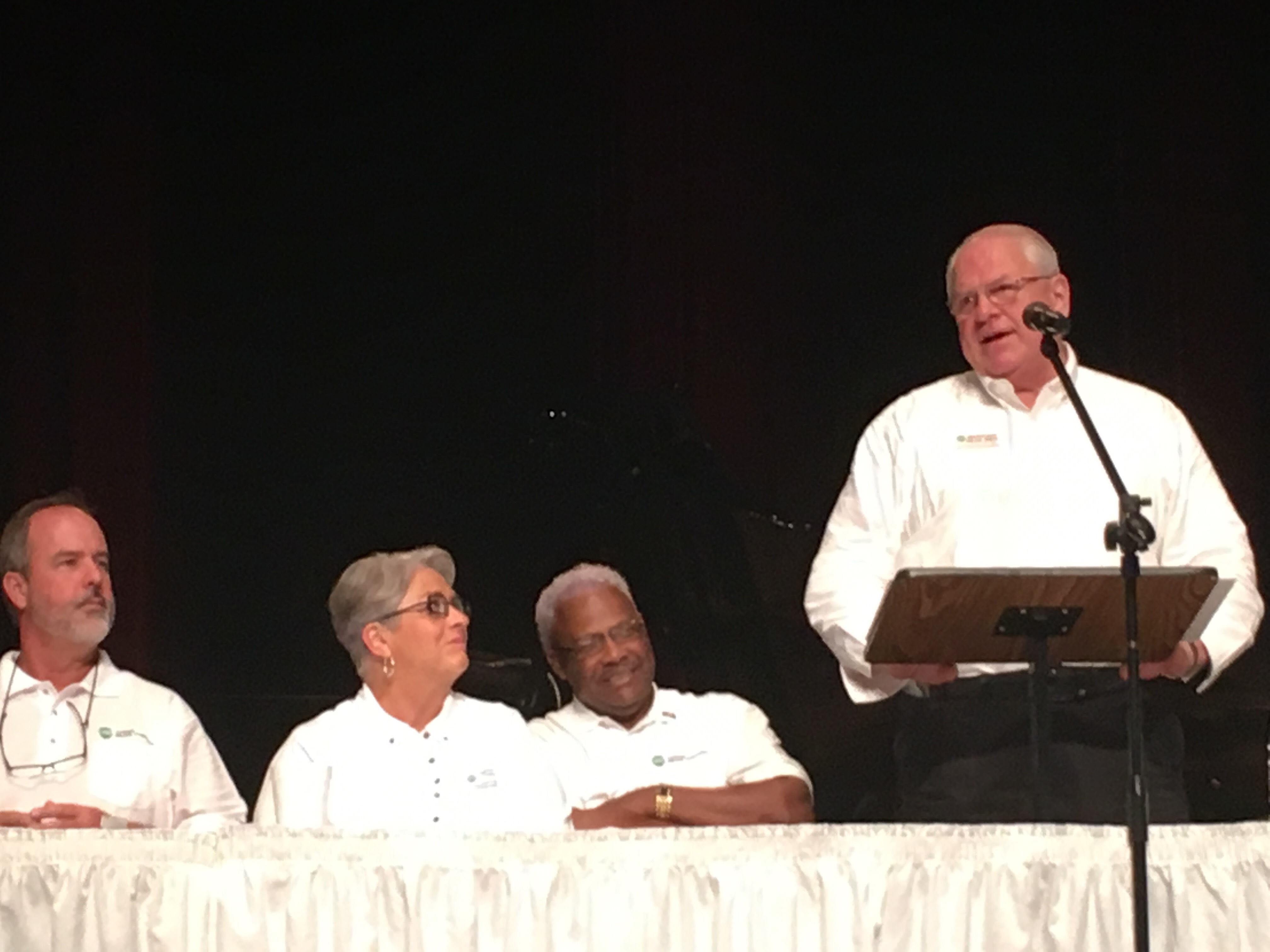 CULLMAN – The Cullman Electric Cooperative held its 81st annual meeting at Northbrook Baptist Church Saturday morning and there were plenty of new positions to be filled, announcements to make and prizes to given out.

The meeting opened to guests at 8 a.m. with activities including a concert by the Mark Trammell Quartet, inflatable games and activities for children, bucket truck rides and a free health clinic by Cullman Regional as well as free hot dogs, popcorn and drinks for members and their guests.

A shuttle system provided by Wallace State moved people around the area faster as the parking lot began to fill up. Alabama State Troopers also provided help with traffic control on Highway 157.

The business meeting began at 11 a.m. and started out with the honoring of two former board of trustees members who have passed away: Bill Rainwater who served in District 1 and Herman Reid from District 5. Also announced was Sue Reynolds will be retiring this year from her at-large position on the board.

Cullman Electric Cooperative President and CEO, Grady Smith, shared the current state of the Co-op featuring video and power point presentations. One of the first things Smith covered was the state of cyber security within the Co-op.

"I'm pleased to share with you that Cullman Electric Co-op does not have any local rate increases planned for the coming year. Approximately 75 cents of every dollar you spend with Cullman Electric Cooperative goes to TVA (Tennessee Valley Authority) to pay for electricity. The other 25 cents covers all the Co-op's operating costs."

Lastly, Smith addressed staff changes and the changing age demographics in the business.

"Since we met last year, we've seen a number of changes to the Co-op's staff. Fifteen employees have retired and four other employees are scheduled to retire in the coming months. Some people might see this type of turnover as a red flag or something bad…but I don't," Smith said. "In some cases, positions will be consolidated. We can now use technology that allows one person to do a job that previously required a team of employees. In other instances, technology has created new jobs in different departments. Some of these jobs were not necessary until now."

Finally, the results of this year’s election were announced. There were 6,507 total votes cast, more than six times the minimum amount of participation required.

David Hembree and Chad Alexander ran unopposed this year, retaining their positions in Districts 7 and 8, respectively. There was however, a race for this year's at-large position, and the winner was Lynda Carter, with 3,748 votes. Carter edged out Steve McSwain, who finished with 2,388 votes. Carter previously served as the representative of District 2.

Drawings for $100 cash prizes were held next for 20 individuals and to cap off the meeting, the drawing was held for this year's grand prize, a 2006 Chevrolet Colorado. This year's grand prize winner was James E. Chaney, who went home with what was described as a "lightly-used" truck.

There was a great turnout for this year's meeting, as hundreds of guests enjoyed all the attractions outside and participated in the election for leaders in their community.

Smith ended, "Remember – this is your cooperative. Without you, the Co-op members/owners, we have no reason to come to work every day."